“I wish him all the best because you can come all the way back even from the edge, from the worst things, I’m here to tell you,” the Basic Instinct actress, 60, told Extra Opens a New Window.  on Thursday, February 28.

Stone suffered a stroke in September 2001. She opened up about the medical crisis in a July 2016 interview with AARP Opens a New Window. . “I feel tremendously lucky to be alive — to have had a massive stroke and a nine-day brain hemorrhage,” she said at the time. “To be able to put a sentence together, to be able to walk and talk, to be able to continue to work in my chosen field, which requires quite a bit of memorization. To be able to have the full facility of my body and my face.” 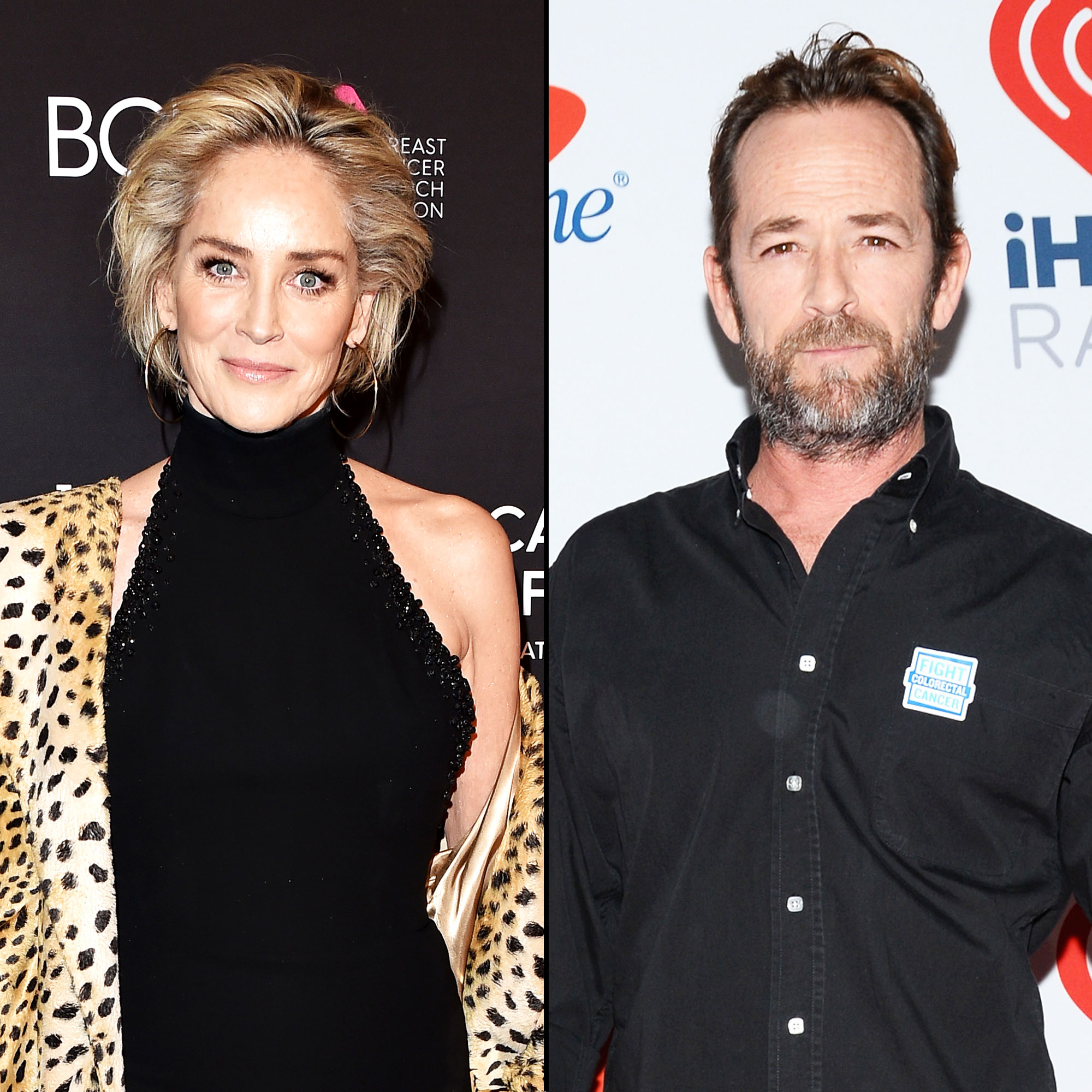 She added: “I feel extraordinarily blessed by the prayer and good wishes and meditation that people did on my behalf, and because I know it’s real, because it helped me so profoundly, I believe in paying that forward.”

Perry, 52, had a massive stroke at his home in the Sherman Oaks neighborhood of Los Angeles on Wednesday, February 27. His rep confirmed to Us Weekly that he is “under observation at the hospital,” while also denying reports that the Riverdale star is in a medically induced coma.

A Los Angeles Fire Department spokesman told Us that paramedics responded at approximately 9:40 a.m. after a 911 call was placed. The Beverly Hills, 90210 alum was transported via ambulance.

Perry’s former and current costars rallied around him amid his hospitalization. “My friend. Holding you tight and giving you my strength,” Shannen Doherty, who played his love interest Brenda Walsh on 90210, wrote via Instagram on Thursday. “You got this.”

Riverdale star Lili Reinhart shared a photo of herself and her castmate captioned: “Thinking of you, Luke. And praying for your safe recovery.”