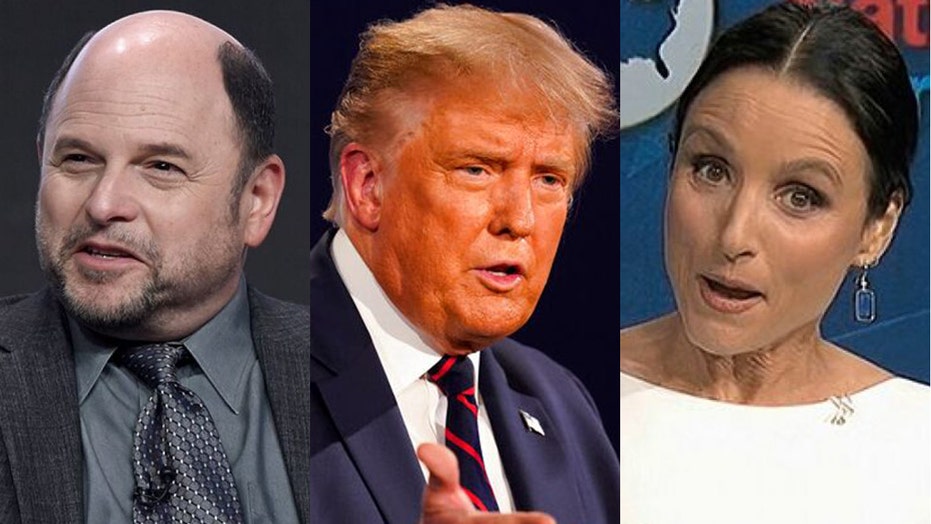 “Seinfeld” stars poked fun at President Trump after a video of him dancing at a recent rally went viral.

A clip of the president dancing circulated online, prompting parodies on TikTok as well as jabs from his detractors on social media. Several were quick to point out that his moves resembled those of a famous scene in “Seinfeld” in which the Elaine character, played by Julia Louis-Dreyfus, busts out some less-than-stellar moves at a party.

Jason Alexander, who played George Costanza on the hit NBC sitcom, took to Twitter to mock the president and join the slew of people making Elaine comparison jokes.

“The President is apparently a fan of @OfficialJLD‘s famous I can’t dance for s— moves. Julia was working hard to be that awful. I feel like these are his best moves,” he wrote Sunday.

The tweet was a comment on a video posted by former Democratic presidential candidate John Kerry, who captioned the video “And you people called ME Lurch?!?” 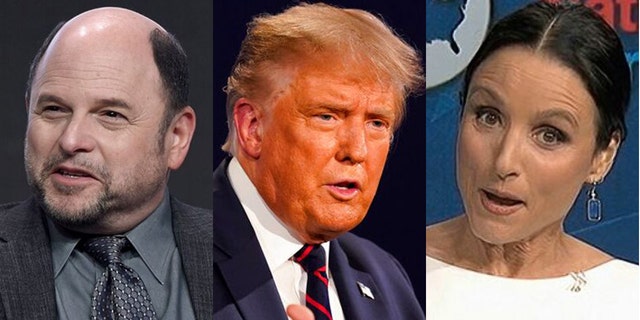 Soon after, Dreyfus herself took to Twitter to share a clip of the dance played alongside the infamous clip from “Seinfeld.” In her tweet, she noted that, in addition to stealing her dance moves, he ripped off her Emmy-winning HBO series “Veep.”

“First he stole all of Veep. Now he’s stealing from Seinfeld,” she wrote. “Melania deserves an Emmy for acting like she’s attracted to THIS.”

“Veep” aired its final episode in 2019. The series followed a group of outrageous and often morally compromised Washington, D.C. insiders that often mirrored the real world of politics amid the Trump administration in its final season.

Dreyfus previously threw her comedy stylings into the 2020 election, appearing at the Democratic National Convention in August to poke fun at both Trump and Vice President Mike Pence.

At the time, Louis-Dreyfus referenced the president's Twitter habits and said she expected to be called "a washed-up horse-face no-talent has-been with low ratings."

"Well, with all due respect sir, it takes one to know one."