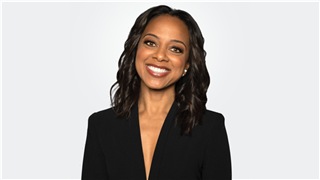 An all-new star-studded home renovation series is coming to CBS! Secret Celebrity Renovation will be feature some serious star power and inspiring moments.

Entertainment Tonight’s Nischelle Turner hosts this brand-new series, in which A-listers in the worlds of sports, music, TV and film get the chance to gift a surprise home renovation to an important person who’s had a big impact in their lives.

Turner will be joined by a top-notch design team, including contractor and TV personality Jason Cameron as well as celebrity interior designer Sabrina Soto.

“Whether they’re In the Heights, in the end zone, in tribal council or beyond, our Secret Celebrity Renovation stars have wowed America through their work,” executive producer Bob Horowitz shared in a statement announcing the new series.

“Now they can give something back to the most pivotal person from their hometown past,” Horowitz added.