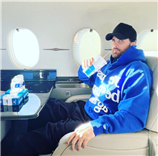 It’s been over four months since Travis Barker proposed to Kourtney Kardashian and she accepted.

But it seems that Scott Disick still hasn’t come to terms with the fact that his baby mama is engaged.

In fact, some insiders went so far as to claim that Disick flat-out hated Barker.

But then, there were signs that Scott had grown to accept the situation, if not fully embrace it.

First, Scott was spotted having dinner with Kris Jenner despite rumors that he had cut ties with the entire family.

Shortly thereafter, Scott resumed commenting on Khloe Kardashian’s Instagram, despite the fact that he had previously cut ties with her.

Amid all of this apparent mending of fences, sources claimed that Kourtney had decided to invite Disick to her wedding even though she had previously vowed not to.

Now, however, it looks as though all of that progress has been undone.

According to a new report from UK tabloid The Sun, Scott has unfollowed not only Kourtney, but the entire Kardashian family.

Yes, the decision to cut social media ties seems to have been a sudden one, as Scott was following everyone in Kourt’s family as recently as last week.

He must have known that fans would take notice eventually, but he did it anyway.

So it’s safe to assume that this was an emotional decision that was meant to stir the pot a bit.

Of course, the decision might have more to do with business than with personal feelings.

When the first trailer for the Kardashians Hulu show premiered last month, fans were surprised that Scott was nowhere to be seen in the preview clips.

Disick has not appeared in any subsequent promotional materials, and fans are beginning to worry that he’s not a part of the project.

“Where is Scott?!!! We want Scott!!!” one commenter wrote on the show’s Instagram page.

“Have they cut Scott out?” another asked.

It was previously rumored that Scott’s dinner with Kris Jenner was filmed for the show, but now there are fears that Disick’s scenes might have wound up on the cutting room floor.

And that might explain why Scott is so angry with the entire Kard clan.

If Scott is really absent from the new series, viewers will likely pin the blame on Kourtney.

While we have no reason to believe that Kourt demanded that her ex be removed from the show, insiders say that her new man will be heavily featured in the series, a fact that’s sure to raise eyebrows.

“Kourtney and Travis Barker have been filming a lot for the new show, and their relationship will take center stage now that they’re planning the wedding,” one production insider tells The Sun.

“They’re clearly very in love but it seems Travis is also fully on board with making the most of what comes with dating a Kardashian, it can hardly hurt his career,” the source adds.

“They have filmed together, with the family, and on his own at a studio.”

The insider says that Scott’s role has been greatly diminished, but that he will make at least one appearance.

“But Scott is basically a ghost at the moment, he won’t be featured as much as he used to on the old show,” says the source.

No wonder Scott is so angry!