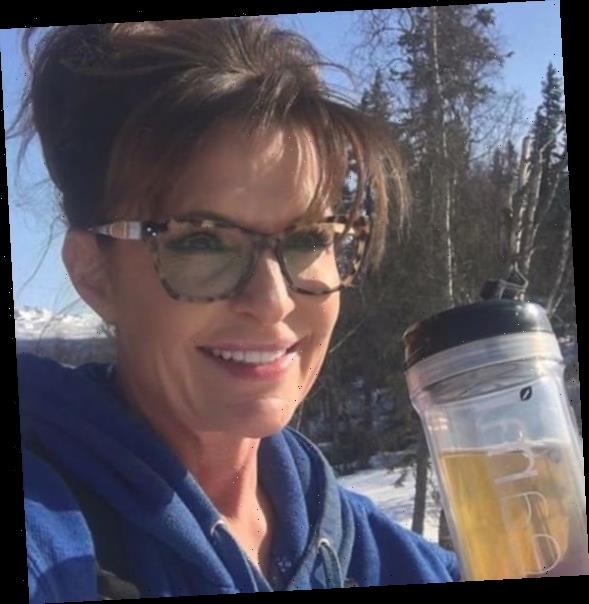 It’s not necessarily a message one may have expected to hear from Palin, considering her background as an outspoken member of the Republican Party who has prided herself on clapping back against the so-called mainstream media…

… but this just makes it an even more important message, based on the source and her fans.

The former governor of Alaska — who also ran as the 2008 Republican vice presidential nominee and who has also appeared on Teen Mom OG — says she has contracted COVID-19.

In a statement to People Magazine, v added that other family members, including 12-year-old son Trig, can say unfortunately the same.

And this only proves that “anyone” can catch the virus, she says, which is both an obvious point and also a very narcissistic one.

“As confident as I’d like to be about my own health, and despite my joking that I’m blessed to constantly breathe in the most sterile (frozen!) air, my case is perhaps one of those that proves anyone can catch this,” Palin told People.

Palin explained that one of her daughters recently woke up without a sense of taste… received a positive diagnosis… and was immediately quarantined.

“I then observed symptoms in my son Trig, who curiously is the most enthusiastic mask-wearer, and after our numerous negative tests over the year, he tested positive,” Palin continued.

Trig was born with Down syndrome, it should be noted, and kids with special needs are especially vulnerable to COVID.

From there, the 12-year old was also placed in quarantine.

Alas, Palin eventually came down with a slight fever and sore muscles and even had what she describes now as  “bizarre” symptoms characteristic of the virus.

A loss of taste and smell, leading her to assume it was “unmistakable COVID caught me.”

Palin told the publication that COVID-19 can “really knock you down” and went farther than most others in her political party, actively encouraging folks to remain vigilant about public health amid the ongoing pandemic.

“I strongly encourage everyone to use common sense to avoid spreading this and every other virus out there,” she said in her statement.

“There are more viruses than there are stars in the sky, meaning we’ll never avoid every source of illness or danger…

“But please be vigilant, don’t be frightened, and I advise reprioritizing some personal time and resources to ensure as healthy a lifestyle as you can create so when viruses do hit, you have at least some armor to fight it.”

“I view wearing that cumbersome mask indoors in a crowd as not only allowing the newfound luxury of being incognito, but trust it’s better than doing nothing to slow the spread.”

The sentiment there is appreciated, but Palin just used many fancy words to say something very basic — which is this:

BE A GOOD PERSON AND WEAR A MASK!

According to data compiled by The New York Times, more than 550,000 people have died due to COVID-19 in the United States, with more than 30 million confirmed cases since the pandemic began.

With an uptick in variants of the original virus across the nation, America still has a long way to go until a majority of citizens are in the clear.

Keep wearing a mask, keep acting in a responsible manner.

After all, you guys, if Sarah Palin can get COVID, anyone can!