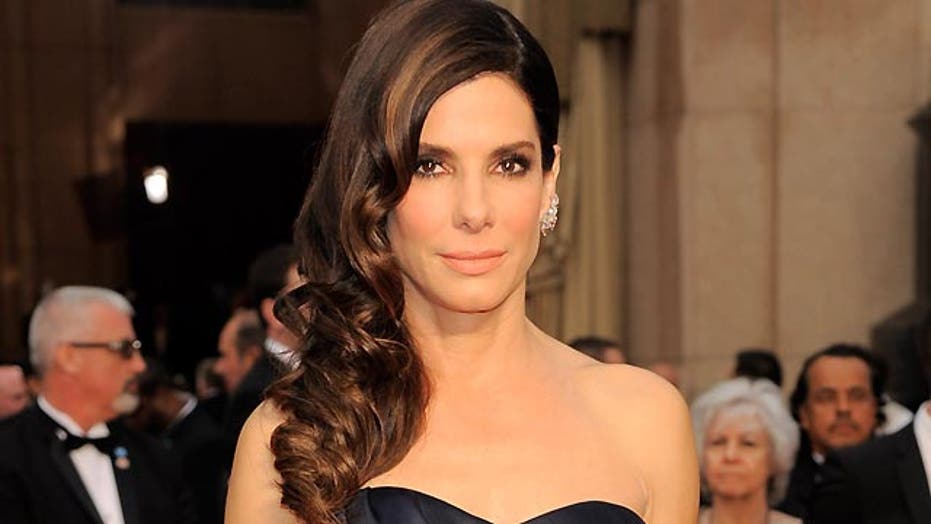 Greta: Sandra Bullock is beautiful inside and out

Sandra Bullock had a major crush on her "Speed" co-star Keanu Reeves in 1994 — and she doesn't care who knows it.

The 54-year-old actress admitted it was "hard" to concentrate on set with Reeves around during a recent interview with Ellen DeGeneres as the show prepares to mark its 25th anniversary. In the film, Reeves played Jack, a young police officer who was tasked with preventing a bomb from exploding on a city bus by making sure the driver maintained a 50 mph speed. Bullock, who played passenger Annie, ended up taking the wheel after the original bus driver got injured.

Bullock credits the action flick with "launching" her career.

DeGeneres shared an image taken from a scene between Bullock and Reeves, promptly encouraging Bullock to gush over how adorable the leading man was.

"I think about how sweet Keanu Reeves was and how handsome he was," Bullock whispered to the audience. "It was hard. It was really hard for me to really be serious. He'd look at me and I'd be like [giggle]."

Bullock revealed Reeves' job was to keep her outfit from flying up.

"My dress sort of kept flying up and I said, 'Whatever you do, just keep my dress down,'" she said. "The whole stunt he just made sure my dress [stayed down]. It was very sweet."

When asked whether the pair ever officially dated, Bullock couldn't help but laugh.

"Never dated him. There's something about me that I guess he didn't like," Bullock chuckled, while DeGeneres assured her that wasn't true.

"He never, never … There's nothing to intimidate. I'm not that," she added with a wink.

The castmates went on to film the drama "The Lake House" — directed by Alejandro Agresti — together more than a decade later. And Reeves has previously mentioned a possible reunion with his former love interest.

“Oh my gosh, yeah I’ve been trying,” Reeves told People in February 2018. “I’ve been looking for [projects] with Sandra — not with her, but for us.”