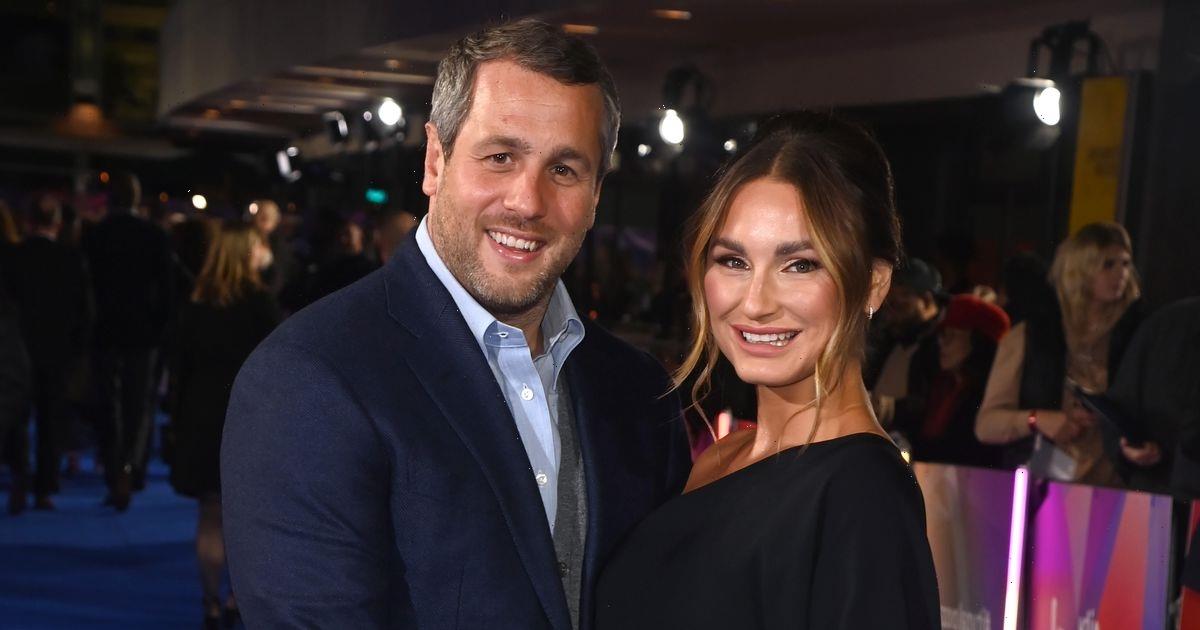 The former The Only Way Is Essex star, 31, documented her hectic morning on her Instagram Stories, revealing that she and Paul, 34, had been rushing to get their two eldest children, Paul, six, and Rosie, four, to school on time while also caring for their youngest son Edward, who was born back in May.

Mum-of-three Sam shared a sweet clip of doting dad Paul styling Rosie's hair outside the car as she branded him the "most amazing daddy".

"@paulknightley the most amazing daddy. 3 children is a serious juggle. I'm in the back feeding Edward. The rush to get the kids in on time," she told her followers.

After dropping their two children off at school, Sam shared a glamorous selfie as she explained that she'd applied for make-up while in the car as she had a meeting in London to attend.

The 31 year old wrote: "All showered. Fed & dressed & out the door intime for school drop off. I just done my make-up in the car," alongside a laughing emoji. "Not bad to be honest. On my way into London for a super exciting meeting."

Sam's latest family updates come after a series of voice notes containing derogatory comments abut her were leaked by an anonymous Instagram account.

The voice notes were brought to fans' attention by Sam’s mum Suzie Wells,who posted a clip of the recording to her Instagram account and said she could “no longer sit back and do nothing”.

The voice notes were being released by an anonymous Instagram account, which disappeared when Ferne contacted the police – only to reemerge just days later.

Since the voice notes were leaked, neither Sam, Billie or Ferne have commented on any of the claims on their social media accounts.