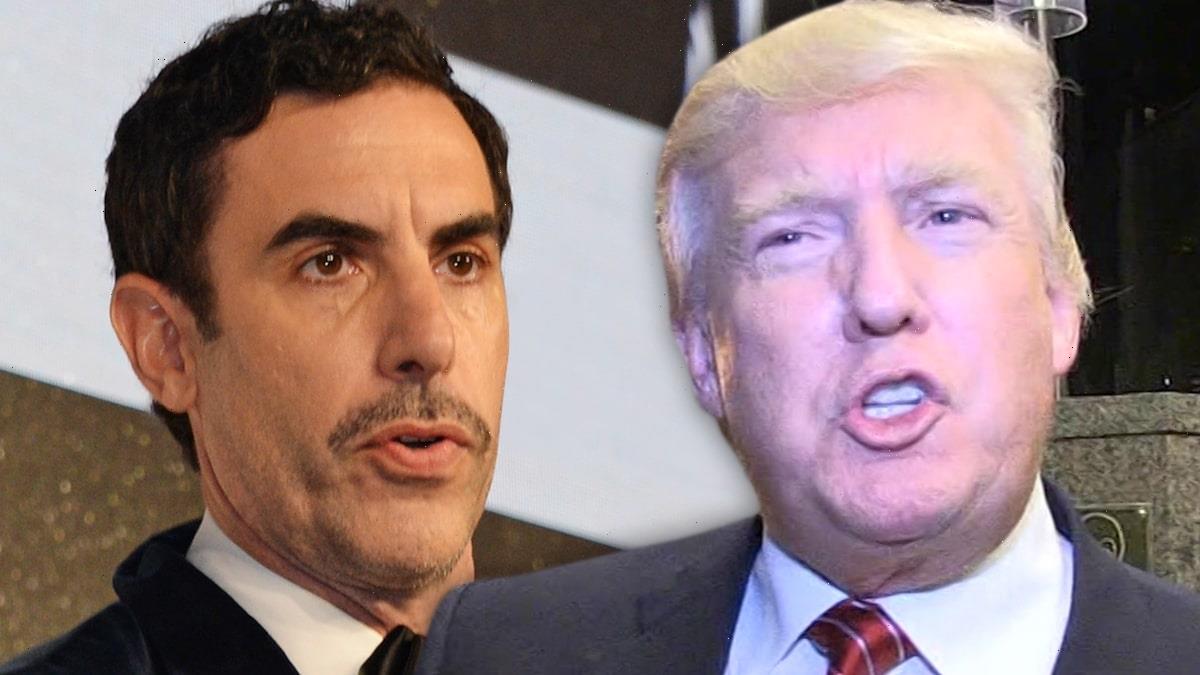 President Trump thinks Sacha Baron Cohen is an unfunny jerk who tried, but ultimately failed, to fool him years ago — and to that, SBC says … appreciate the plug, DT!!!

POTUS gave a harsh critique of Sacha and his work as Borat, especially as it pertains to the sequel that just came out this week. He told reporters on Air Force 1 that he didn’t really know what the new fuss was all about — it’s about Rudy Giuliani, if he isn’t aware — but went on to say Sacha tried duping him a while back, but that he called out his whole act.

Trump reportedly said, “That’s a phony guy and I don’t find him funny.” He also called him a “creep,” and it appears Borat himself caught wind of the insult … and promptly replied.

Sacha writes, “Donald—I appreciate the free publicity for Borat! I admit, I don’t find you funny either. But yet the whole world laughs at you.” He also offers Trump a job while making a presumption about Election Day results.

What Trump’s referring to when he says he caught Sacha in the act dates back to the mid-2000s, when SBC got Donald to agree to a sit-down interview with another popular character he plays … Ali G. Ali tries pitching Trump on an ice cream invention, but Trump remains stoic throughout and eventually leaves the interview entirely. No gotchas, no scandal.

Trump has maintained over the years he saw right through Sacha’s bit, which is why he cut the interview short and left abruptly. Sacha doesn’t think that’s entirely true, but in any case … he’s never been able to completely prank the guy — unlike Trump’s adviser, Rudy.

If you hadn’t heard, Giuliani is one of Borat’s “victims,” if you will, in the new flick — and is actually caught in what some might describe as a compromising situation with Sacha/Borat’s sidekick, who’s portraying a reporter.

After interviewing him, she invites him into her bedroom for a drink and removes his microphone and untucks his shirt. Then Rudy puts his hand down his pants, seemingly to tuck in his shirt, but Sacha’s claimed it was more creepy.

For his part, Rudy has since claimed nothing inappropriate was going on and that he was just tucking in his shirt. Sacha and co. argue the opposite — asking … who knows where it would’ve gone if left uninterrupted?

The clip is online, and the movie’s out on Amazon Prime, so folks can decide for themselves … but at any rate, Trump’s clearly made up his mind about Sacha.