A year and a half after Ruby Rose left ‘Batwoman,’ she’s opening up about what really led to her decision to leave, with shocking allegations about the work environment on the CW show’s set.

Ever since Ruby Rose left Batwoman after just one season in May 2020, fans have been begging her to return to the series. However, on Oct. 20, she took to her Instagram Story to reveal why she’ll never come back to the show “for any amount of money nor if a gun were to [her] head.” She posted a series of statements with allegations about how poorly she and other cast/crew members were treated on the set of the show, and the accusations are quite horrifying. HollywoodLife has reached out to the CW and Warner Bros. TV for a statement on behalf of the show.

Ruby’s accusations began with calling out Peter Roth, who is the former CEO of Warner Bros. Television. She alleged that Peter used to make young women steam his pants “around [his] crotch”, and claimed that he “put a private investigator on [her].” The actress went on to share videos of X-rays from injuries she had that were allegedly ignored by execs on-set. “This was diagnosed years ago on set, but if I got an x-rad “we wouldn’t make our day,”” she claimed. “I have documented this for years. On top of that, I have enough documentation to make a one-hour documentary…pray tell, what else would you like me to share? The broken neck, or the broken rib split in two and the tumor?” 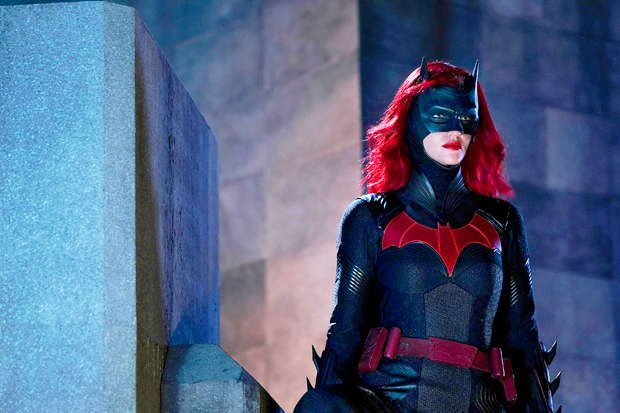 Ruby also claimed that she was forced to film scenes for Batwoman just ten days after undergoing spinal surgery due to injuries that she obtained on-set in 2019. “Imagine going back to work 10 days after this or the whole cast would be fired and I’d let everyone down because Peter Roth said he wouldn’t re-cast and [I’d] lose the studio millions (by getting injured on his set),” she wrote.

'Batwoman' — Photos Of The Show 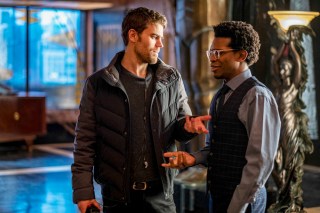 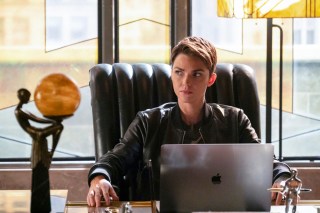 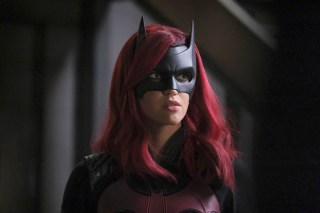 The 35-year-old wasn’t the only one who suffered because of the work conditions on Batwoman, according to Ruby. “A crew member got third degree burns over his body and we were given no therapy after witnessing his skin fall off his face, but I was the only one who sent him flowers and cards and then we were told we had to do a sex scene without a minute to process,” she alleged. “We lost two stunt doubles. I got cut in the face so close to my eye in a stunt that I could have been blind. A woman was left quadriplegic and they tried to blame it on her being on her phone.”

Next, she specifically called out showrunner Caroline Dries for allegedly trying to force the cast and crew to continue filming amidst the coronavirus pandemic. As her allegations continued, she added, “Caroline Dries maybe visited the set 4 times a year — UNHEARD OF. But in those 4-5 visits she decided she could tell me she knew my injury happened on set so I should comply with the PI, yet later denied it entirely and said it happened during yoga lol I don’t even do yoga. And now someone will never walk again. We shut down the next day – not because she almost killed someone, but the government pulled it.”

Ruby’s co-star, Dougray Scott, was also mentioned in her post. “Dougray hurt a female stunt double,” she alleged. “He yelled like a little b**** and was a nightmare. He left when he wanted and arrived when he wanted. He abused women and, in turn, as a lead of a show, I sent an e-mail out asking for a no yelling policy. They declined.” Read her full statement in the tweets above.

In summer 2020, Ruby told some of the story about her decision to leave Batwoman, and explained how not being able to heal from surgery was part of what led to her decision. However, she did not go into detail about the alleged conditions on-set. At the time, she still praised the higher-ups who she had worked with on the show. “You have time in quarantine and isolation to just think about a lot of different things and what you want to achieve in life and what you want to do,” she said. “I think for both [me and the producers], it was a great opportunity to have a dialogue about a lot of things. I respect them so much and they’ve been so respectful to me.”