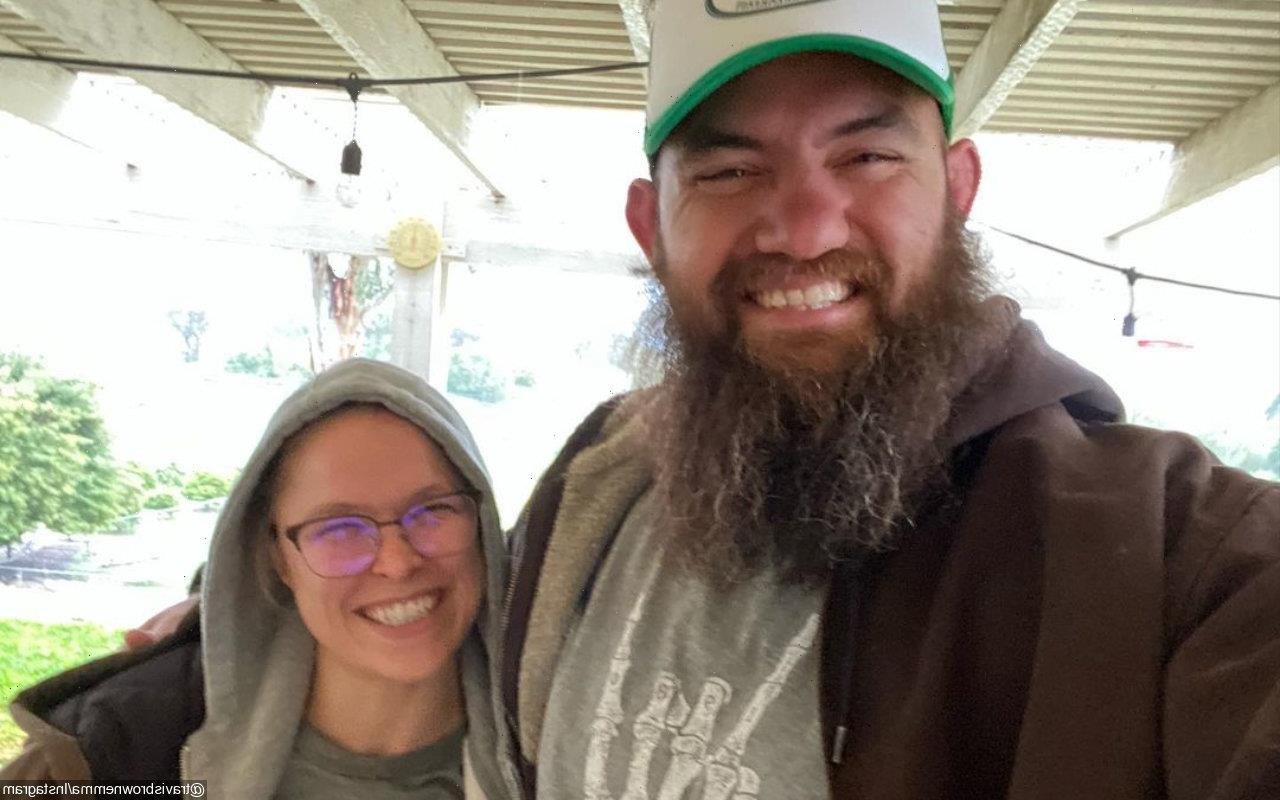 Having welcomed her first child shared with her athlete husband, the 34-year-old retired mixed martial artist takes to her social media account to introduce their baby girl.

AceShowbiz –Ronda Rousey is sharing her joy of being a first-time mother. Having welcomed her first child with husband Travis Browne, the retired mixed martial artist treated her online fans to the first glimpse of their newborn daughter.

Making use of Instagram on Monday, September 27, the 34-year-old mom shared a picture of her baby underneath her white T-shirt with the infant’s hand resting against her chest. She followed it up with another photo that showed the tot’s hand on top of her father’s tattooed body.

Aside from offering glimpses of her baby girl, the professional wrestler revealed the name of the newborn. In the accompaniment of the post, she penned, “La’akea Makalapuaokalanipo Brown.”

Ronda announced her pregnancy on April 21. Sharing a video of her and her husband on Instagram, she wrote, “It’s been quite a journey to get to this point – and we’re so excited to share with you all that Mr Browne and I are expecting the baddest baby on the planet Sept 22nd. There’s too much to tell in just one post, but for now here is a little recap of what we’ve been up to the last 4 months [love].”

In the footage, which was also shared on YouTube, Ronda detailed, “I’ve been pregnant since January.” She went on to explain, “So, four months. Woo, baby bump! I can’t hide it anymore. So, it’s time to show it off… I just wanted to share with you guys a little bit of the journey we’ve been on. And there’s definitely much more to the story that we’ll be telling later.”

The baby is Ronda’s first child with Travis, whom she married in 2017. However, the baby girl is Travis’ third child. The 39-year-old athlete is also a father to two children, Kaleo and Keawe, from his previous marriage with Erin Browne.