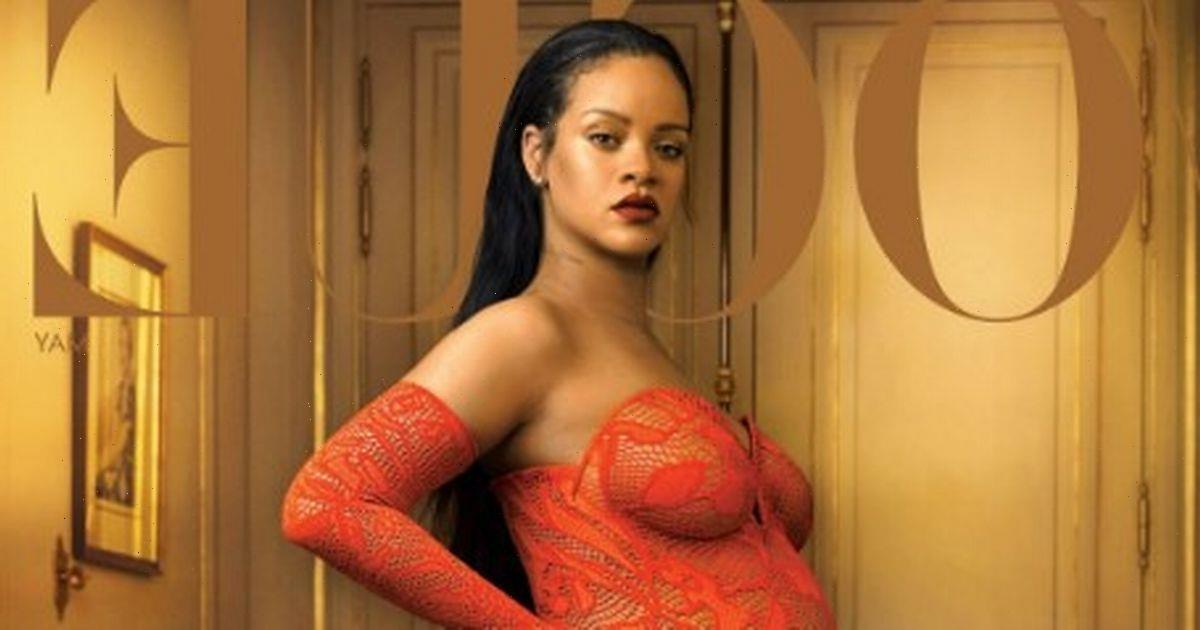 Rihanna spoke candidly about "having fun" with her maternity style as she graced the front cover of Vogue magazine.

The 34 year old has been setting the fashion scene alight since announcing she was expecting her first child with boyfriend A$AP Rocky.

And the songstress once again commanded attention as she showed off her blossoming bump in a strapless semi-sheer red lace jumpsuit.

Rihanna's sensational one-piece showed off her evolving figure, and she teamed it with a pair of long matching gloves as she placed her hands on her hips while gazing sultrily at the camera. The beauty's raven tresses were slicked back, and her stunning features were enhanced with a glamorous coat of make-up, including red lipstick.

Speaking to the fashion bible for the May 2022 issue, Rihanna addressed how she had been redefining pregnancy stye.

"When I found out I was pregnant, I thought to myself. There's no way I'm going to go shopping in no maternity aisle, "she said.

"I'm sorry – it's too much fun to get dressed up. I'm not going to let that part disappear because my body is changing."

Rihanna also spoke about embracing the changes in her body and being proud of her pregnancy. "I'm hoping that we were able to redefine what's considered 'decent' for pregnant women," she said.

The Diamonds hitmaker added: "My body is doing incredible things right now, and I'm not going to be ashamed of that. This time should feel celebratory. Because why should you be hiding your pregnancy?"

Rihanna and her other half announced they were expecting their first child together at the end of January.

Since revealing her pregnancy, the star has been turning heads with her maternity looks, such as a metallic silver wrap crop top and a sexy lingerie look.

And on Monday night, Rihanna showed off her bump once again as she was seen leaving The Nice Guy in Los Angeles.

Rihanna wore a tiny pink bralette that she teamed with matching tripped trousers and kept warm with a brown hooded jacket. Rihanna recently hinted she was having a baby girl as she was spotted buying baby clothes in Target in Los Angeles.

During her trip, the singer was photographed holding up an adorable orange dress before onlookers said the songstress placed the item in her trolley, leading to speculation that she is expecting a baby girl.

However, Rihanna also made sure to check out the unisex range of baby socks and baby grows.

Read Rihanna's full interview in Vogue's May 2022 issue which is available on newsstands nationwide on April 26th.