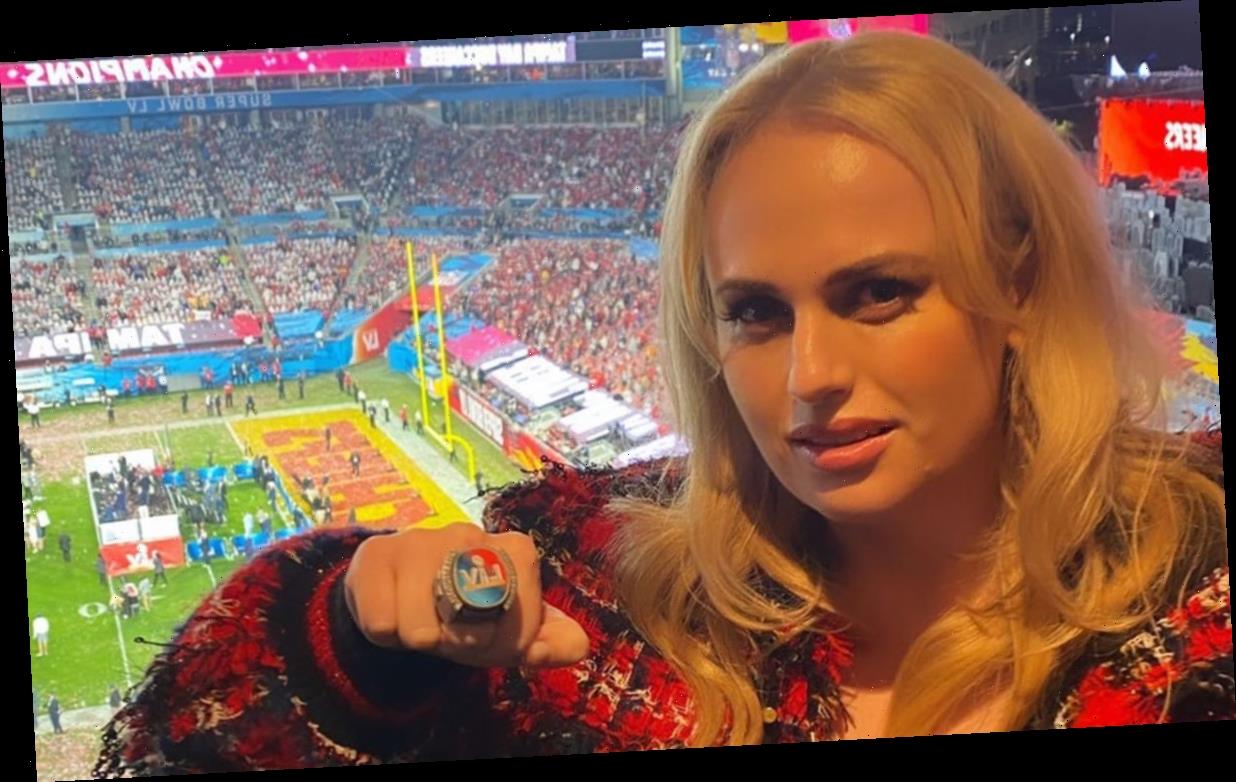 Rebel Wilson headed to the Super Bowl on Sunday to watch the Tampa Bay Buccaneers’ victory win against the Kansas City Chiefs – but she didn’t do it on her own.

The star, who recently revealed she was single, was accompanied by her sister Annachi and her friends, including her “TV husband”, Adam Devine.

“My favourite work husband @adamdevine,” she wrote alongside two fun pictures showing the pair posing for the camera with the football pitch behind.

WATCH: Rebel Wilson is stunning dancing with her co-stars in figure hugging dress

Rebel and Adam have starred together in the Pitch Perfect franchise, in which the Australian actress played Amy and Adam played Bumper.

The pair also starred together in Netflix’s Isn’t it Romantic.

RELATED: Rebel Wilson keeps it chic in trendy pre-Super Bowl look you might have missed

Talking about their good friendship, Adam has said in the past: “We actually have the same agent, and every time I talk to her, she’s like, ‘We need to get you and Rebel in a movie together where you’re love interests…’ So, yeah. We’re very comfortable with each other.”

Rebel’s fun weekend in Florida comes days after she confirmed she was newly-single.

The star announced the news on Instagram by sharing a picture of herself posing outside a trailer and captioning the snap: “Lots on my mind…aghhhhhh…#single-girl-heading-to-Super-Bowl!”

Rebel and Jacob first met through mutual friends in 2019 but only went Instagram official in 2020, when they made their first red carpet appearance as a couple in September.

Later, in December, Rebel, 40, and her brewery heir ex looked more loved up than ever as they posed for romantic photos.

Not only is Jacob the founder of an ice cream brand named Napps, but he is also an heir to the Anheuser-Busch brewing dynasty and is worth an estimated $140million.

Whatever her relationship status, Rebel had an incredible 2020 after making her health her priority and losing more than 40lbs.