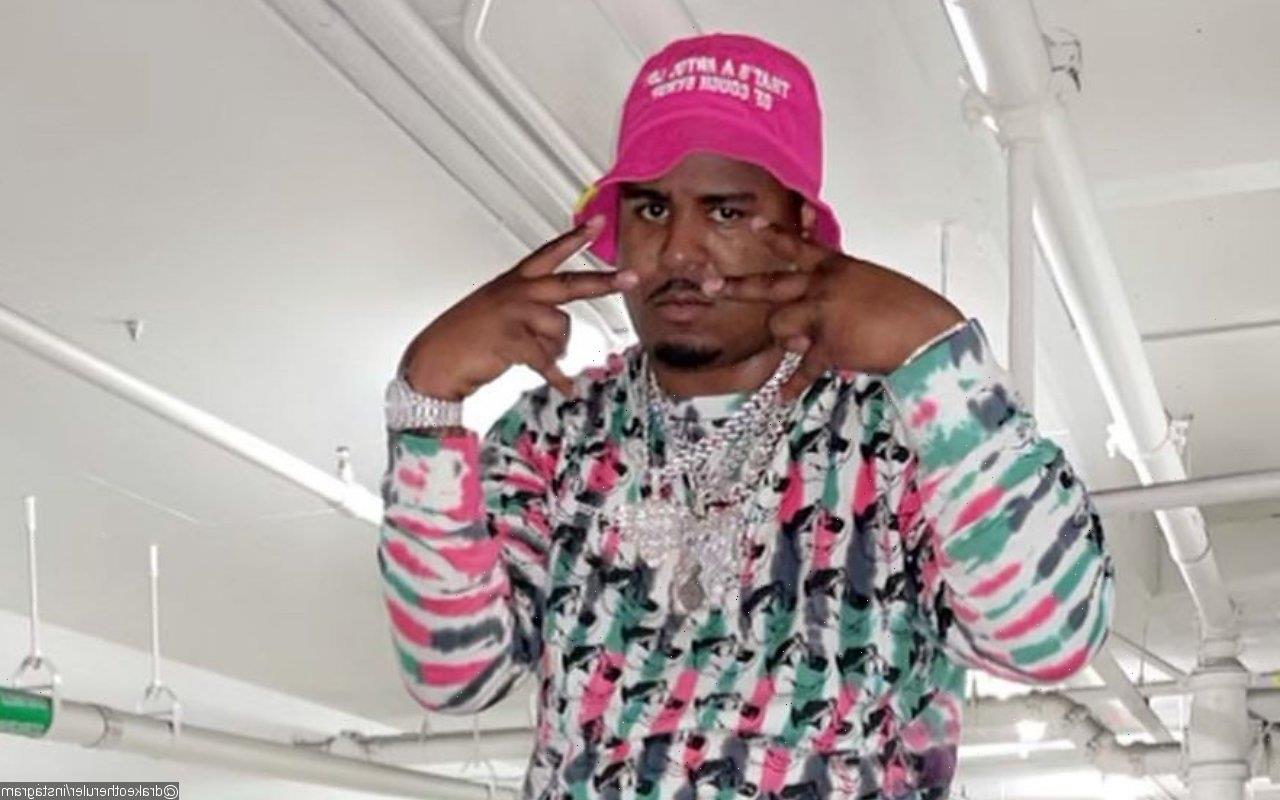 Less than a year after he’s released from prison, the ‘Talk to Me’ hitmaker is sent behind bars after his Uber driver gets pulled over by the police officers in Los Angeles.

AceShowbiz -Rapper Drakeo the Ruler had another run-in with the law. Less than a year after he was released from prison, the “Talk to Me” rapper was arrested for riding in an Uber with tinted windows.

The 28-year-old musician was busted in Los Angeles on Sunday, August 22 while he was in the vehicle with his toddler son. After his driver got pulled over by the police officers, he went on to launch an Instagram Live session.

During his Livestream, Drakeo, whose real name is Darrell Caldwell, explained that he was sitting in the backseat of an Uber when he and the driver had been pulled off the road by the cops for allegedly having tinted windows. Seeing that the vehicle apparently belongs to the Uber driver and not Drakeo, it’s expected that the authorities would have spoken to the operator of the car.

Drakeo, on the other hand, claimed that he was requested to step out of the vehicle. Following a back-and-forth with the police officers, he said he was arrested for unknown reasons. It remains unclear whether the Uber driver was also detained.

While other details about Drakeo’s arrest are still unavailable, it’s believed that the LAPD pulled over the Uber car carrying the rapper and his son about 11 A.M. It’s also claimed that the incident was the result of authorities monitoring his every move following his release.

“Free Drakeo. The LAPD pulled him over for riding in the back of an Uber with tinted windows. He was with his son. A set up if I’ve ever heard of one,” writer Jeff Weiss tweeted shortly after Drakeo was busted. “Who ever heard of someone getting pulled over on a Sunday morning at 11 a.m. with their toddler son, while riding in the back of an Uber, whose only visible crime was having tinted windows? It would be ridiculous if it wasn’t so glaringly sinister.” 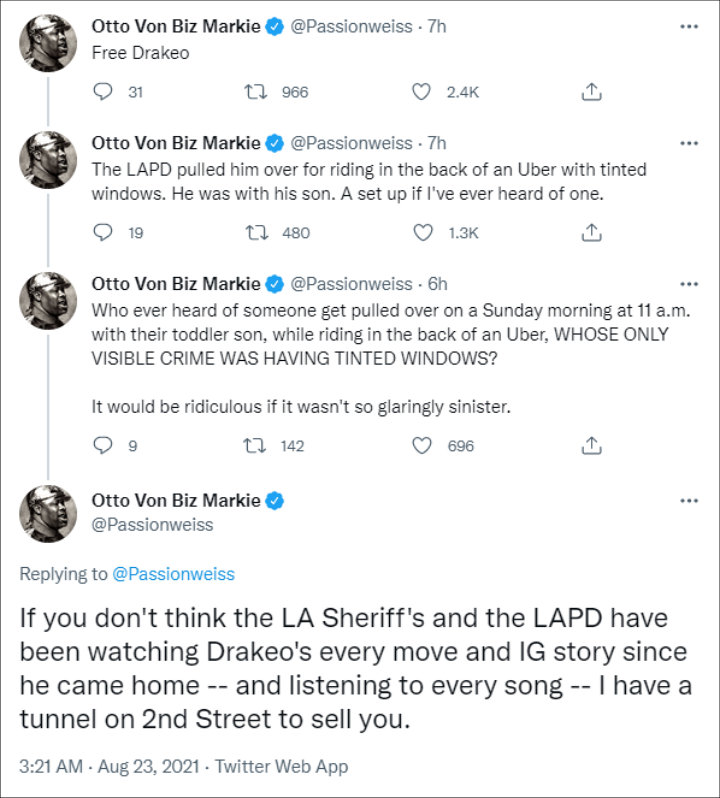 Back in November 2020, Drakeo agreed to a plea deal that resulted in his release after spending more than two years behind bars. The “Flu Flamming” rapper was cleared of murder and attempted murder charges in July 2019. However, shortly after his release, a district attorney re-filed charges of criminal gang conspiracy and shooting from a car. He then spent another year in jail before the DA’s office offered him a plea deal which led to his freedom.