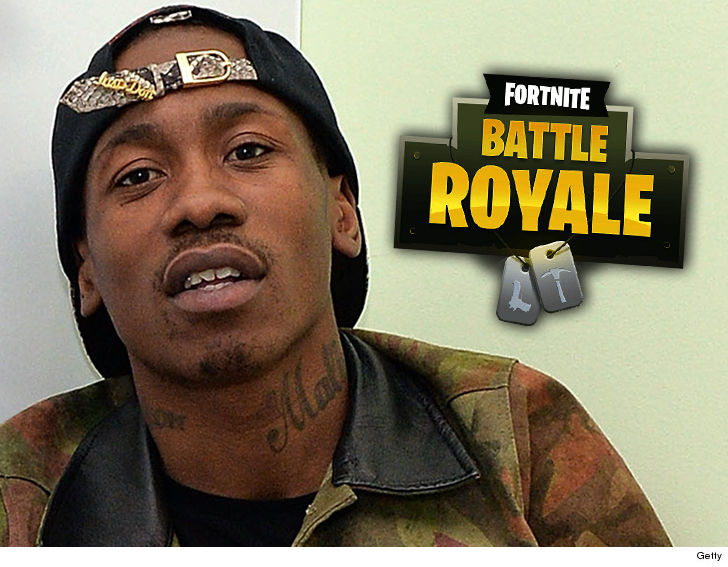 2 Milly‘s moves are all the rage with Fortnite fanatics, but he hasn’t seen a dime from the super successful video game he claims jacked his famous dance … so he’s suing.

The rapper filed legal docs this week against Epic Games — the company that makes Fortnite Battle Royale — for allegedly using his popular Milly Rock moves in the game without his permission to capitalize on the popular dance craze … and make a ton of cash.

According to the docs … Fortnite players can purchase the dance — which is called “Swipe It” in the game — for their characters. Problem is … 2 Milly claims “Swipe It” is an exact replica of his Milly Rock, but they never asked him to use it or offered to pay him for it.

2 Milly also alleges dance-stealing is a common trend in Fortnite. According to the suit … the game copied Snoop Dogg‘s “Drop It Like It’s Hot” dance and the famous Carlton dance from ‘Fresh Prince of Bel-Air’ — among many others — without consent or compensation “to exploit African-American talent” for profit.

The rapper is suing Epic for damages and legal fees … and wants his dance moves removed from the game.

We reached out to the Fortnite makers … no word back so far.