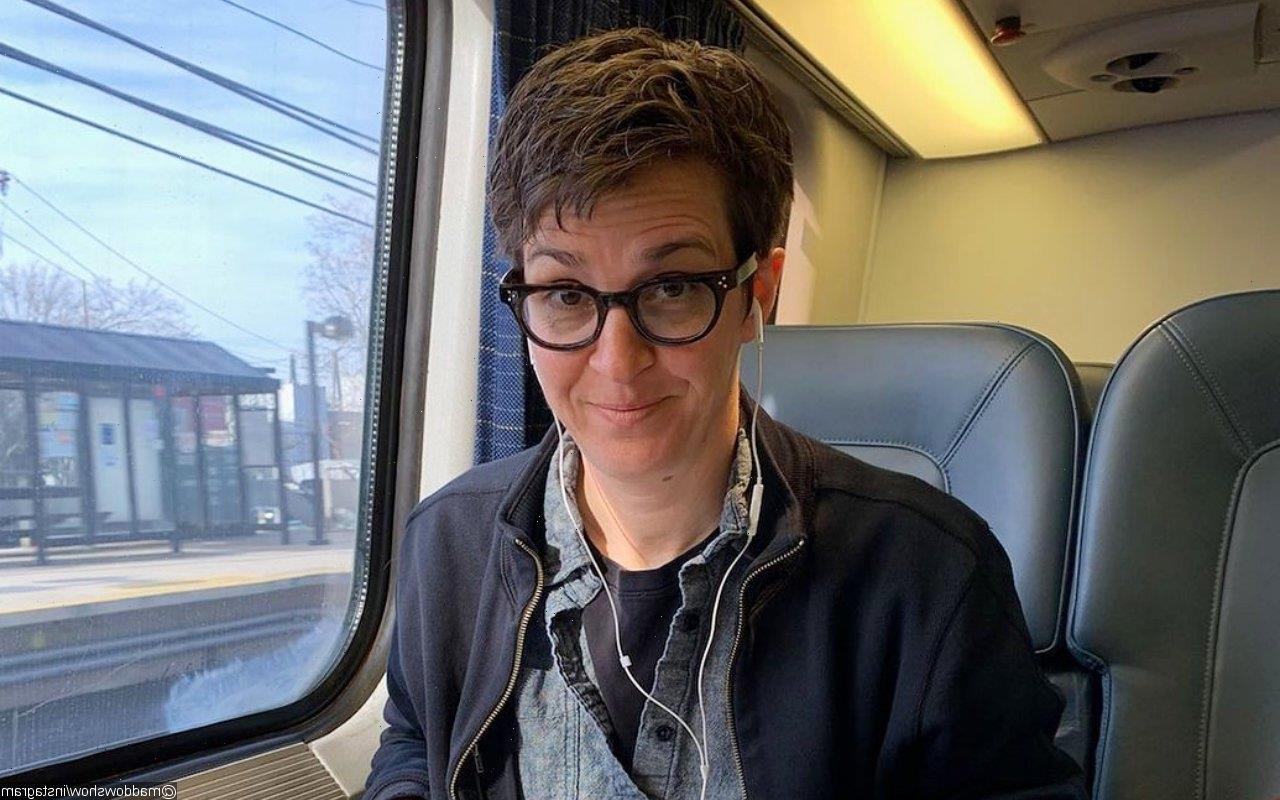 In a new episode of ‘The Rachel Maddow Show’, the MSNBC host reveals that she took a few days off because she had ‘fantastic’ surgery to remove skin cancer at the NYU Langone.

AceShowbiz –Rachel Maddow has gotten candid about her health issues. In a new episode of “The Rachel Maddow Show“, the TV hostess said that she believes she will be “totally fine” after undergoing surgery to remove her skin cancer.

In the Wednesday, October 6 episode of her show, the 48-year-old TV personality divulged that she underwent surgery on October 1 after her longtime partner, Susan Mikula, noticed the mole on her neck had changed “a couple [of] months ago.” After taking a biopsy test, her dermatologist later confirmed that she had skin cancer.

“All this to say, I would like to introduce you to my band-aid,” Rachel continued. She then detailed her cancer treatments, “I had a few days off because I had surgery at NYU Langone on Friday. They’re fantastic. They got it, they got all of it. I’m good. I have clear margins, the whole thing.”

“I know I need to have everything checked, like, every five minutes from here on out because I do not want to get this again,” Rachel shared. She went on to praise her partner as saying, “Susan was right! She always is! I am going to be absolutely fine. I’m going to be totally fine.”

Rachel then said that “it’s only by the grace of Susan that [she] found [her] in enough time that it was totally treatable.” The talk show host elaborated further, “Because I have been blowing off my appointments forever to get stuff like that checked, because I’ve assumed it will always be fine. Well, in this case, it was Susan who checked it for me and thank God. Not everybody has a Susan, I recognize.”

During the show, Rachel pleaded to her viewers to schedule a check with the doctor. The MSNBC host said, “I want to use this moment to tell you something, which is you should get checked. If you’ve got moles like I do, just get on a schedule with your doctor.”

“You know what I’m talking about, right? You know there’s all this stuff that you should regularly check,” Rachel stressed. The TV presenter warned, “And you do need to get this stuff checked by a doctor. Do not blow it off.”

Rachel went on to educate her viewers, noting that “the deadliest of skin cancers would love to try to kill you if you don’t catch them and they get to run wild.” The news anchor then concluded her statement as saying, “But if you get even those worst kinds of skin cancer early, which is the easiest thing in the world as far as doctor’s visits go, if you get it early, you can murder it instead of it [is] murdering you.”