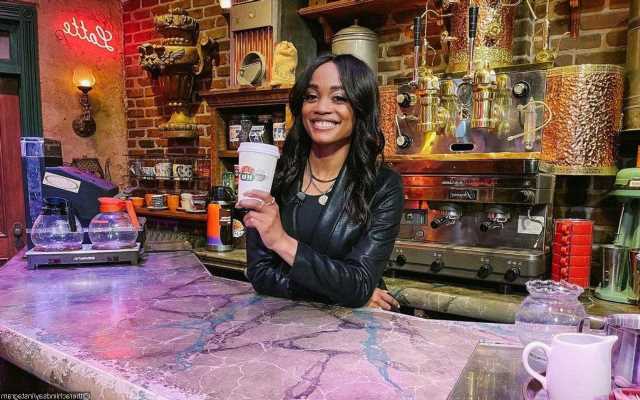 The ‘Bachelorette’ alum discusses the matter when she appears on ‘The View’ as she and the co-hosts talk about the drama surrounding ‘The Real Housewives of New York City’ star Eboni K. Williams.

AceShowbiz –Rachel Lindsay hopes people will stop labelling her the “angry black female.” The former “The Bachelorette” star discussed the matter when she appeared in the Friday, June 4 episode of “The View” as she and the co-hosts talked about the drama surrounding “The Real Housewives of New York City” star Eboni K. Williams.

In the latest episode of the Bravo show, Eboni, who is the first black cast member on “RHONY”, could be seen accusing co-star Luann de Lesseps of calling her an angry Black woman as they had a heated argument over conversation about sex. Sharing her two cents on the matter, Rachel said that she found the situation relatable.

“In my season finale of ‘The Bachelorette’ when I was sitting on stage with my runner up, my runner up told me that I was going to live a mediocre life if I didn’t choose him and my response to him was, ‘Actually I’m living my best life,’ ” Rachel said, referring to Peter Krause. She then revealed that host Chris Harrison told him during commercial break, “Rachel, you seem angry.”

She went on to recall, “I looked and I said, ‘That’s a strong word.’ And he said, ‘Well, you seem upset.’ I hadn’t raised my voice, I hadn’t yelled, I hadn’t said any type of curse word.”

The label apparently still sticks with her up until today. “I have been labeled an angry black female in Bachelor Nation. It follows me around to this day,” the attorney said. “If in 2020 we’re supposed to be having these type of conversations, then we need to address micro-aggressions that are placed on black women. We need to address these racial stereotypes. I think it’s important that we continue to do that.”

Rachel has been known as one of the most vocal alums when it comes to fighting for equality and representation within the popular franchise. She previously had a heated conversation with Chris about former “The Bachelor” contestant Rachel Kirkconnell, who landed in hot water for attending an antebellum-themed party. As Rachel was being critical about the whole thing, Chris appeared to defend Rachael. He then apologized for it and decided to take a hiatus from “Bachelor” franchise amid backlash.