A shocking recording of the Rachael Ostovich domestic violence incident has surfaced — in which her MMA fighter husband allegedly screams, “I’m going to f**king murder you.”

A neighbor used a cell phone to record the scene on Nov. 27 — when Arnold Berdon allegedly brutalized Ostovich during an argument at their home in Hawaii.

The footage is mostly dark — but you can definitely hear voices.

In the video, obtained by Hawaii News Now, you can hear a male voice make several threats … including, “I’m going to murder you. I’m going to f**king murder you.”‘

At the end of the 9-minute video, you can see a nude female jump off the lanai and try to escape.

We broke the story … Berdon was arrested and charged with 2nd-degree assault.

Ostovich suffered serious injuries to her face, head and body — and pulled out of her January fight against Paige VanZant.

Ostovich later got a second opinion from another doctor who cleared her to fight — so it’s now back on. 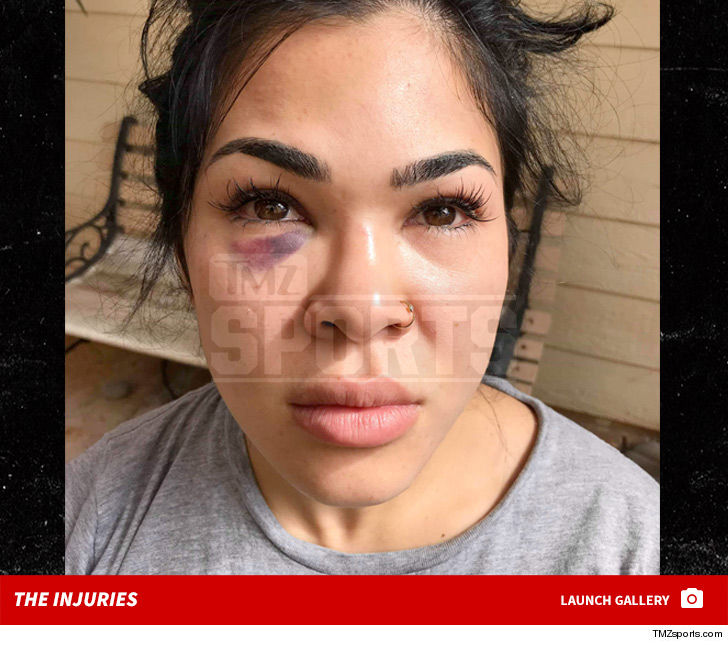