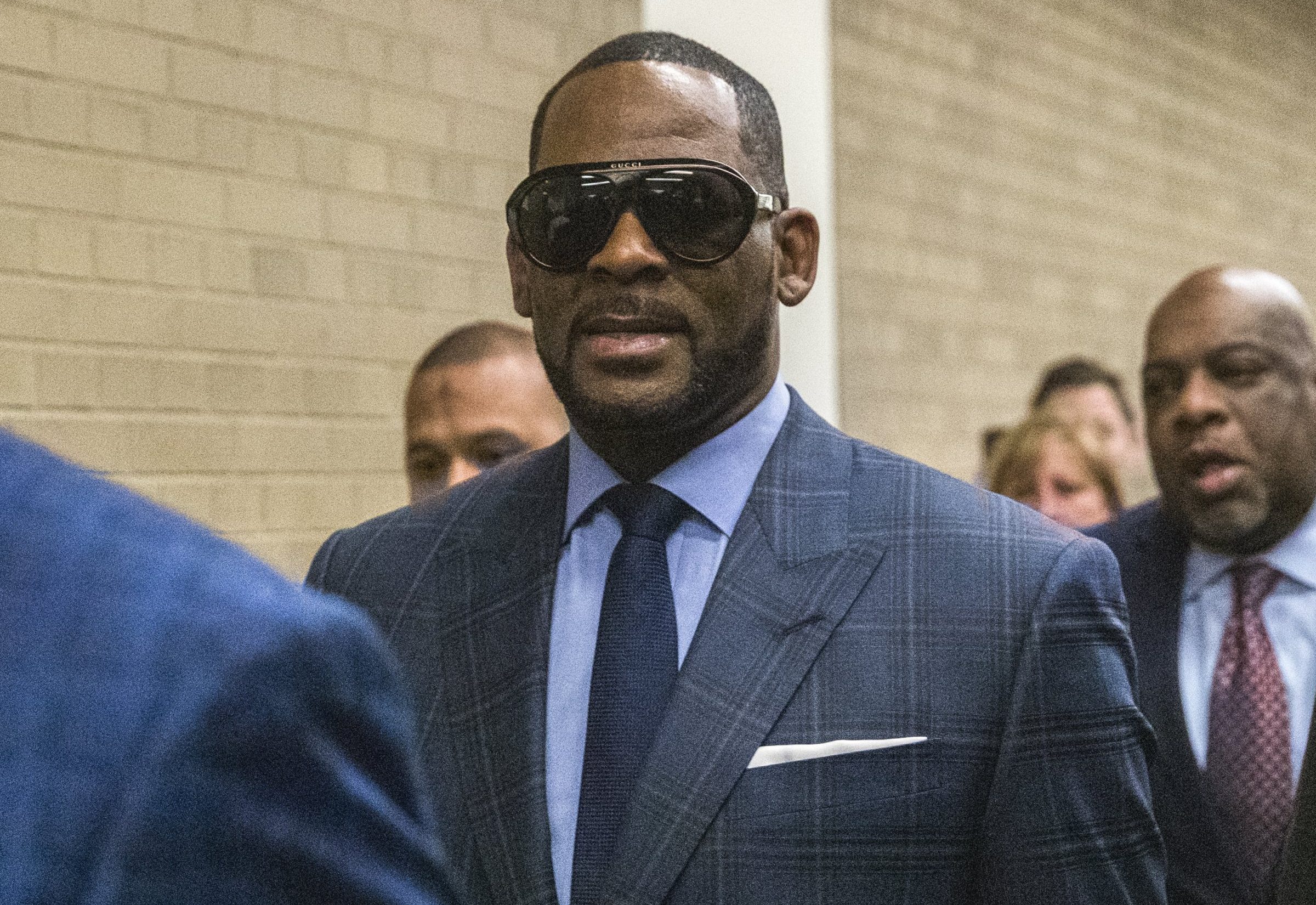 One of R Kelly’s accusers has spoken out against claims the disgraced R&B singer was ‘railroaded’ at his sex trafficking trial, calling them ‘beyond insulting.’

The musician, 54, faces decades behind bars after being found guilty of racketeering over his grooming and exploitation of young women.

His trial heard Kelly was a prolific sexual predator who used his fame and wealth to target vulnerable victims.

Faith Rodgers, 24, was 19 when she met Kelly and alleges he abused her for over a year and knowingly infected her with a sexually transmitted disease.

She joined high-profile lawyer Gloria Allred – who represents many of the star’s accusers – for a press conference in Los Angeles, and criticised Wyatt’s comments.

Ms Rodgers, who testified against Kelly, said: ‘To me, that term is beyond insulting.

‘After meeting R Kelly at 19 years old, for that year and a half he manipulated me for his own enjoyment and sexually abused me and tried to control me.

‘When I made the choice to come forward with my story, he threatened me on multiple occasions.’

Ms Rodgers, who describes herself as an advocate rather than victim or survivor, said Kelly released intimate pictures of her in a bid to silence her.

‘Despite the threats, I continued to tell what happened to me, and as a result R Kelly retaliated against me and published those photos.

‘Even though he did this, I refused to back down and I still testified.’

She stated: ‘R Kelly did receive a fair trial and he was convicted based on that. He was not “railroaded.”’

Ms Rodgers, who was joined at the press conference by her parents, paid tribute to other survivors who had offered their support and said her only hope when Kelly is sentenced in May is he shows ‘remorse’ for his actions.

She said both the I Believe I Can Fly hitmaker and his attorneys showed ‘a lot of arrogance’ in the courtroom, so now she ‘at least’ hopes for ‘a little bit of accountability.’

When asked if she had a message for Kelly, Ms Rogers said confirmed she has ‘nothing to say to him’ and she would not like an apology as ‘the apology is his conviction.’

She added that the ‘biggest gift’ has been helping someone else ‘in her shoes’ by speaking out.

Ms Rodgers, who appeared in documentary Surviving R Kelly Part II: The Reckoning, said she now wants to move on with her life.

She loves to write and knows that’s what she is good at, and so hopes to make a successful career for herself with the current events ‘far behind’ her.

Allred, the veteran women’s rights lawyer, represents three of the five victims who testified under oath in the criminal case against Kelly, as well as two other witnesses.

She too criticised the term ‘railroaded’ and hit out at those ‘blaming’ the victims of sexual abuse, noting similar claims in the trial of Harvey Weinstein.

Allred, 80, said the idea that ‘if someone stays in an abusive relationship, it must not have been abusive’ is a ‘myth.’

‘I just think the real question is not why they stay, but why the predators do what they do to abuse women,’ she added.

R Kelly is currently facing further accusations of sexual exploitation of children and has also pleaded not guilty to the charges in the states of Illinois and Minnesota.

His sentencing hearing is scheduled for May 4 2022.