Neil McCormick has made a sideline out of failure. Rock critic McCormick was a Dublin schoolmate of U2 front-man Bono.

As teenagers they were friendly rivals but only one made it to global fame.

Some men might let that sour them, but Mr McCormick wrote a biographical book which gently took the mickey out of himself and, along the way, described the perils of the music business.

It takes generosity of spirit and self-knowledge to observe that Bono once offered you a record deal but you turned it down because you thought you were bigger than him. 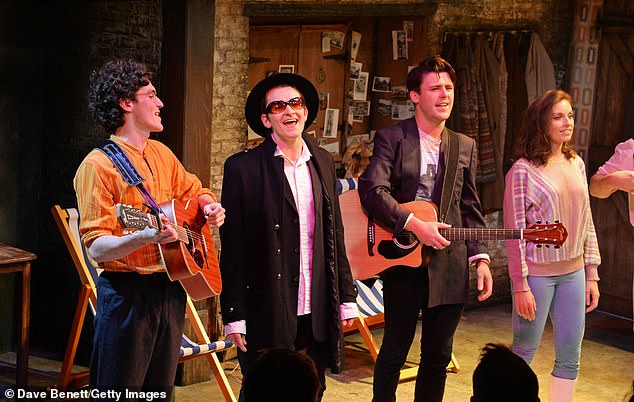 Neil McCormick has made a sideline out of failure. Rock critic McCormick was a Dublin schoolmate of U2 front-man Bono. As teenagers they were friendly rivals but only one made it to global fame

This story of ill-fated ambition, already a film, has been turned into a stage comedy by Dick Clement and Ian La Frenais.

Their past work includes Porridge, The Likely Lads, Auf Wiedersehen, Pet and The Commitments; all those classics are echoed in this show.

Had McCormick been a bad egg who deserved a comeuppance, that would have been more gripping. Instead this is a tale of genial acceptance of destiny — quirky but lacking tension.

The story opens with 24-year-old McCormick (played well by Niall McNamee) being kidnapped by a gangster (Denis Conway). We are in a remote Co. Offaly farmhouse.

In a later scene its ceiling evaporates to let the top space be used for different settings. 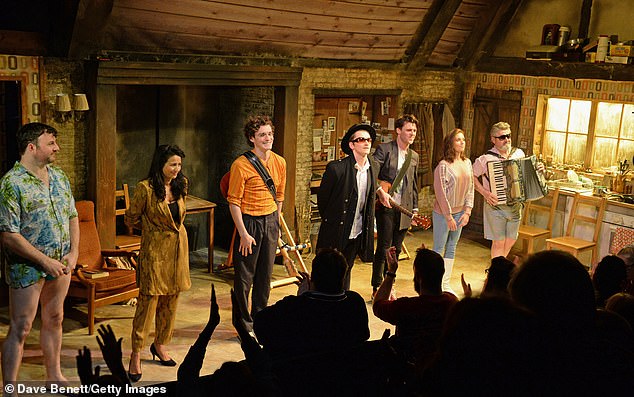 The gangster wants journalist McCormick to write a hagiographical article about him for the newspapers. This narrative device allows for some Porridge-style banter

The gangster wants journalist McCormick to write a hagiographical article about him for the newspapers. This narrative device allows for some Porridge-style banter.

The young McCormick laments the stability of his family life (successful artists need unhappiness, he feels).

‘If I was robbing a bank, me mam would knit me a balaclava,’ he muses. The gangster tells the gangly would-be pop star: ‘U2 are conquering America. You haven’t even conquered your own haircut.’

Bono (an eerily convincing Shane O’Regan) comes across as a God-fearing, decent bloke.

One of the attractive things about the story is that envy is absent. Throw in a dim-witted crime-world thug (Ciaran Dowd), a long-suffering brother (Donal Finn), some pleasant strumming of guitars, and you have a workmanlike yet charming evening. 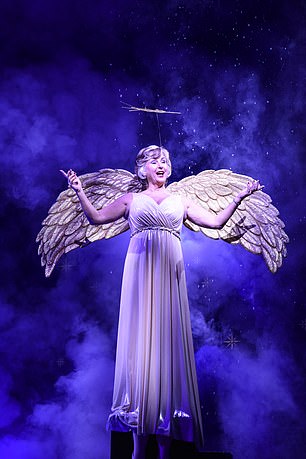 We are told the infant Christ will be called ‘Wonderful, Counsellor, T’rific, Brill,’ yet the show mocks theatre more than it satirises the New Testament

The Messiah (The Other Palace)

Patrick Barlow’s The Messiah, which spoofs the Nativity and old-school theatricals, first ran in 1983.

In that pre-internet age, when Monty Python’s Life Of Brian had only been out four years, it may have been enough to spin out a soft-hitting satire about Mary and Joseph for a couple of hours. Today it feels slow, dated, strained and untruthful.

This comedy incorporates music from Handel and others, sung by ripe diva Leonora Fflyte (Lesley Garrett). The other two performers are Hugh Dennis and John Marquez.

Mr Marquez could be doing an impersonation of Sir Mark Rylance. Mr Dennis delivers his lines — there are a lot of them — in the sort of voice Peter Cook used for whining bores. The script aims for laughs by means of stage mishaps such as missed cues and dodgy scenery. None felt fresh. 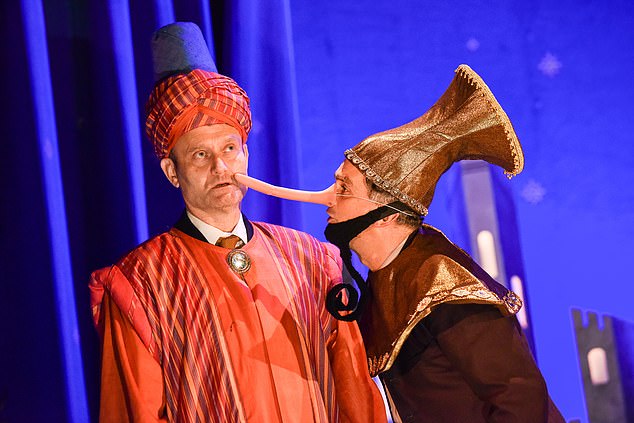 This comedy incorporates music from Handel and others, sung by ripe diva Leonora Fflyte (Lesley Garrett). The other two performers are Hugh Dennis and John Marquez

The dry ice machine is activated. I thought: ‘Bet it makes Leonora Fflyte cough.’ Sure enough, Miss Garrett held a hand to her chest and began spluttering. She’s a creamy old pudding, our Lesley.

We are told the infant Christ will be called ‘Wonderful, Counsellor, T’rific, Brill,’ yet the show mocks theatre more than it satirises the New Testament. This is the real problem.

Things improve shortly before the interval with some light audience participation, spectators being invited to hurl rude words from the stalls. Had I been asked, I would have shouted: ‘Boring!’

Wicked…and so are the prices 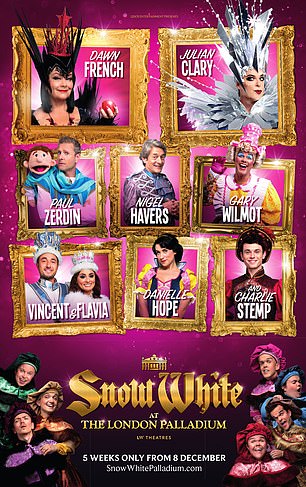 Professionalism and panto don’t really belong together, if you ask me. But you’ve got to hand it to the Palladium’s now annual Christmas show: it certainly is slick

Professionalism and panto don’t really belong together, if you ask me.

But you’ve got to hand it to the Palladium’s now annual Christmas show: it certainly is slick.

So slick, in fact, that this year — with Dawn French making her panto debut alongside old hand Julian Clary — it sometimes feels more like a talent show for people who’ve already made it. You could call it The Strictly Xmas Factor.

Ms French is fabulous as the wicked Queen Dragonella.

Strutting about in black sequins and towering headgear she’s like a deluded elf with an improbable libido.

She keeps a narrow eye on the audience to ensure they’re focused on her assets, while she focuses her own amorous demands on rising star Charlie Stemp, as the show’s himbo Prince Harry.

This is French at her finest: flirty, flighty, slightly cross and marvellously bossy. Julian Clary jokes that she’s only there to pay a tax bill and French laughs this off like a car failing to start on a cold and frosty morning.

As the Man In The Mirror, Clary is there to model a dizzying range of ludicrous panto frocks, from a porcupine of glass shards to a Christmas tree. Most of all, though, he’s in it for the innuendo, which comes thick and fast (much of it smutty, be warned).

Close behind is Nigel Havers — the running joke is that he’s Clary’s understudy — and he gets a good ribbing from the camp master for being the ‘poor man’s Jeremy Irons’.

The children are more likely to fall for ventriloquist Paul Zerdin and his squeaky-voiced puppet, whose solo routine wins the longest sigh.

Gary Wilmot’s turn as the omni-beaming panto-dame Nora Crumble is topped by his stupefying litany of almost all the people who’ve been on stage at the Palladium — to the tune of Gilbert and Sullivan’s Modern Major General.

Strictly veterans Vincent and Flavia, do a tango and flamenco with well-rehearsed raunch.

As Snow White, Danielle Hope is a veteran of talent shows (she won Over The Rainbow in 2010); here, she is sweeter than candy cane.

But it’s not priced like a local panto: £50 for bucket seats in the gods; £150 to fly business in the stalls. Nice work if you can get it, but I’d much rather keep my panto real and local.