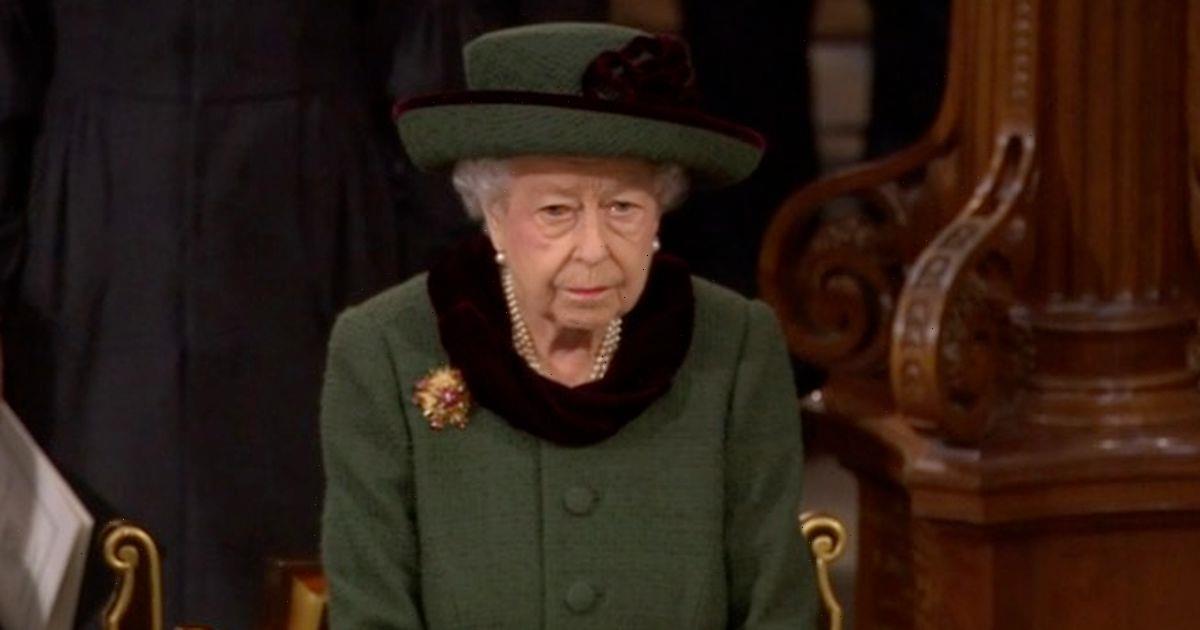 The Queen has left Royal fans emotional after they noticed tears in her eyes during her late husband Prince Philip's service of thanksgiving on Tuesday 29 March at Westminster Abbey.

Her Majesty Queen Elizabeth II, 95, was escorted into the venue by her son Prince Andrew, 62, and wore a green outfit for the occasion as she paid tribute to her husband Philip, who died aged 99 on 9 April 2021.

As God Save the Queen played and hundreds around her sang, the Queen grabbed a tissue and wiped away tears from her eyes.

It did not go unnoticed by fans, who flocked to Twitter to share how emotional they felt at watching the scene. "The Queen has tears in her eyes," one person wrote with teary eyed emojis, another said: "Oh, I had sudden tears watching the Queen as the national anthem was sung in Westminster Abbey just now. But her smile is still so beautiful. Green must have been Prince Philip's favourite colour…"

While a third shared: "Oh no. I don’t think I’ve ever seen The Queen look so emotional as she did just then during God Save the Queen. She had tears in her eyes. I’m far from a royalist, but that was clearly a widow having a moment of grief #PrincePhilip".

The Queen isn't the only one who shed a tear at the service of thanksgiving as her grandchild Princess Beatrice, 33, also had a moment. The 33 year old could be seen standing next to her cousin Prince William, 39, and her sister Princess Eugenie, 32, as she put her hand up to her face to wipe away tears during the memorial.

Beatrice arrived at the service with her husband Edoardo Mapelli Mozzi, 38, and the pair opted to leave their daughter Sienna at home.

The couple were joined by Beatrice's sister Eugenie and her husband Jack Brooksbank, 35, who also left their son August at home, as they arrived at the venue. Prince William and his wife Kate Middleton, 40, who recently returned from their tour of the Caribbean, were also seen at the service walking in with their children Prince George, eight, and Princess Charlotte, six.

George and Charlotte's younger brother, Prince Louis, three, is not in attendance. Queen was heavily involved in her husband's memorial, which included hymns, flowers from their wedding bouquet as well as guests that were unable to attend last year.

“The Queen has also been actively involved in the plans for today’s Service of Thanksgiving, with many elements reflecting Her Majesty’s wishes,” a spokesman said.

For all your updates on the Queen, sign up to our daily OK! newsletter.