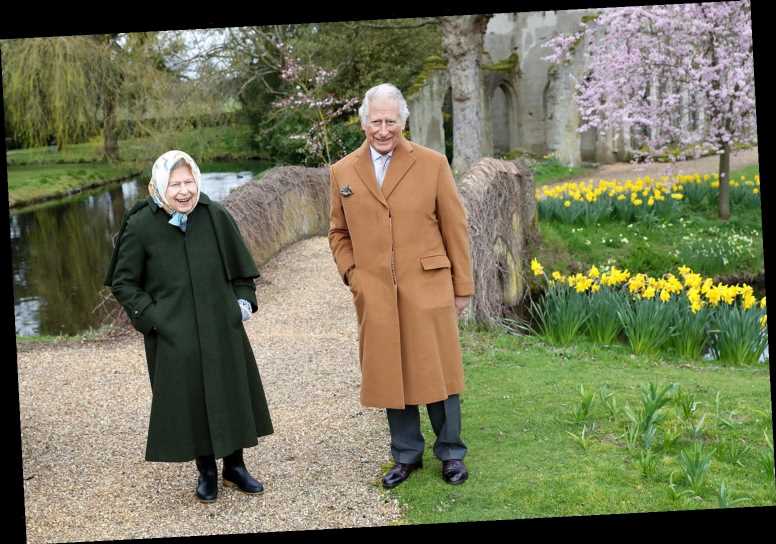 On Friday, Buckingham Palace released two photos of Queen Elizabeth and Prince Charles enjoying the fresh spring air during a walk on the grounds of Frogmore House.

The snapshots are meant to "mark the Easter weekend," the Palace said on Twitter.

The Prince of Wales is also celebrating the Easter weekend by recording a recitation of a poem by Gerard Manley Hopkins to be played during a Sunday morning virtual service at Stonyhurst College in Lancashire, according to The Telegraph.

Prince Charles chose the poem, titled God's Grandeur, because he thought it would capture the "hope and joy" of the season, the paper reports. The beginning of the poem reads: "The world is charged with the grandeur of God. It will flame out, like shining from shook foil; It gathers to a greatness, like the ooze of oil Crushed. Why do men then now not reck his rod?"

On Thursday, the Queen carried out another pre-Easter tradition — despite some changes due to the coronavirus pandemic.

As she always does the Thursday ahead of Easter, the 94-year-old monarch distributed the specially minted coins known as Maundy money to recognize people over 70 years old for their service to their communities.

Although the Queen typically hands out the gift in person at different churches around the U.K. each year, the gathering was called off for the second year in a row due to restricted social gatherings amid the COVID-19 pandemic.

Instead, the monarch sent the Maundy gift along with a letter to each of the 190 recipients, one man and one woman for each of the Queen's 95 years (she will celebrate the milestone birthday later this month).

"Each year, at the Royal Maundy Service, we have an opportunity to recognise, and give thanks for, work done by countless people for the wellbeing of their neighbours; work that has often been taken for granted or hidden," the Queen said in her letter.

"I am sure you will be sad, as I am, that present circumstances make it impossible for that Service to take place," she added. "I hope however that this Maundy Gift will remind you for years to come that your efforts have been truly appreciated."