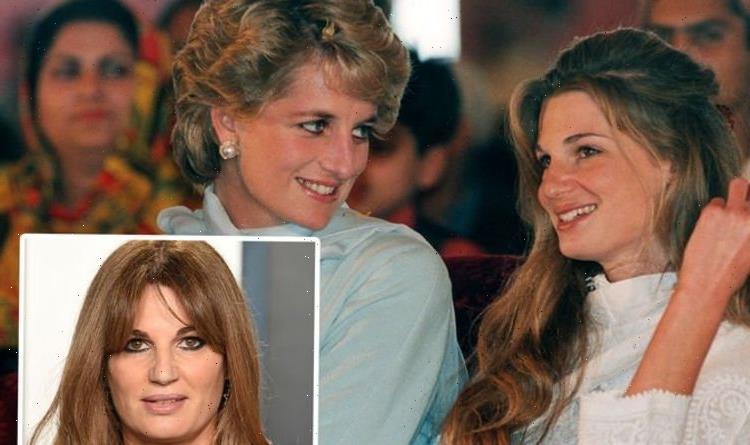 The Crown: Netflix have chance to show reality of Diana interview

Jemima Khan said it was important for her to ensure Princess Diana’s final years of her life were portrayed “accurately and with compassion” in the drama as, she claims, this hasn’t always been the case. The 47-year-old has now pulled out of helping with the script because she believes it was not being handled “as respectfully or compassionately” as she had hoped.

Jemima said she was brought in to help the show’s creator Peter Morgan write the script for the fifth series.

The upcoming episodes will reflect on John Major’s government, Diana and Prince Charles’ marriage split and her death in 1997.

Before her latest interview with The Sunday Times, Jemima hasn’t spoken publicly about their friendship.

Now, she has spilled: “It was really important to me that the final years of my friend’s life be portrayed accurately and with compassion, as has not always happened in the past.

“In 2019, Peter Morgan asked me to co-write the fifth series of The Crown, particularly those episodes which concerned Princess Diana’s last years before she died,” she continued.

“After a great deal of thought, having never spoken publicly about any of this before, I decided to contribute.”

One of the most memorable moments in Princess Diana’s final years was her headline-hitting interview with Martin Bashir.

Referencing Camilla Parker Bowles in the candid chat, she said: “Well, there were three of us in this marriage, so it was a bit crowded.”

Jemima said she worked on the scripts with Peter from September 2020 until February this year.

After disagreeing with what had been written, she requested for all of her contributions to be removed from the series.

The next series of The Crown is due to return to Netflix in November 2022.

A spokesperson for the show told Express.co.uk: “Jemima Khan has been a friend, fan and a vocal public supporter of The Crown since season one.

“She has been part of a wide network of well-informed and varied sources who have provided extensive background information to our writers and research tea, providing context for the drama that is The Crown.

“She has never been contracted as a writer on the series.”

Princess Diana is mum to sons Prince William and Harry.

Recent reports have claimed the latter has been urged to scrap his Netflix deal, following the alleged disrespectful storyline.

“He should tear the deal up and make a stand for his mother.

“What’s more important? Money or defending his mum? It’s astonishing he can’t find his voice on this.”