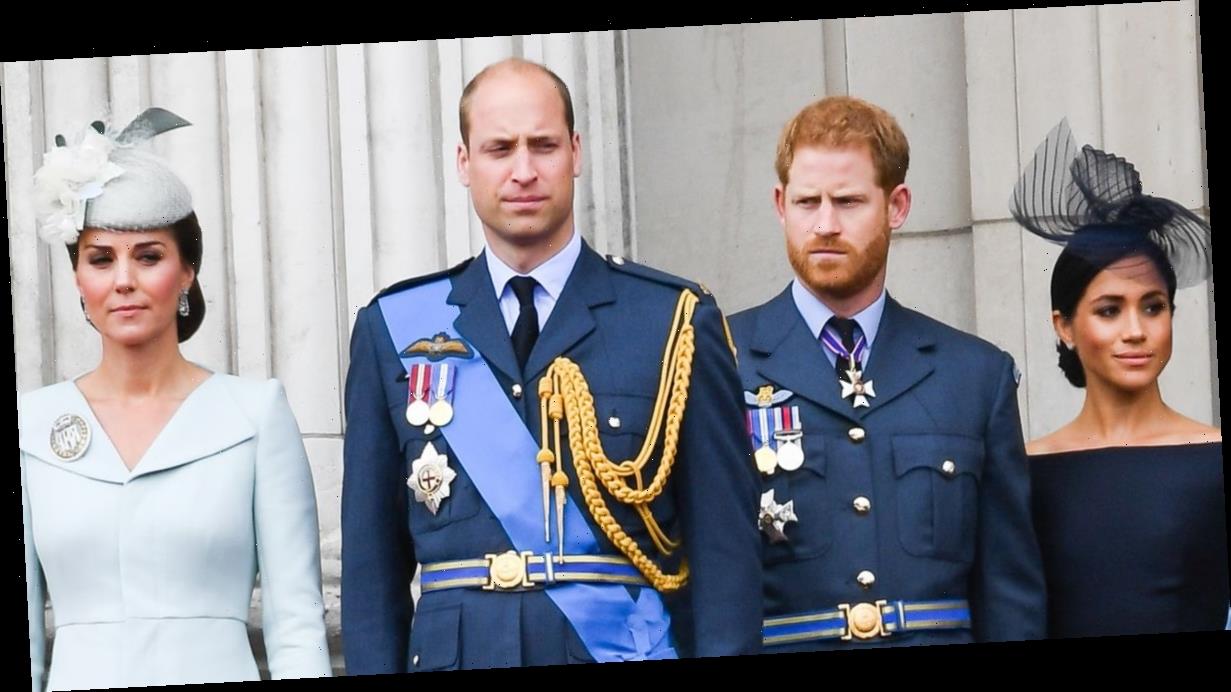 Prince William and Kate Middleton are "appalled" that Prince Harry and Meghan Markle have filmed an interview with Oprah Winfrey, according to reports.

Harry, 36, and his 39 year old pregnant wife Meghan have recorded a sit-down interview with the chat show icon, which will air in America next month.

The interview will see the Duke and Duchess of Sussex speak out for the first time since they announced they had stepped down as working members of the Royal family in a shock statement last week.

But Harry's brother William, 38, and sister-in-law Kate, 39, are said to be "aghast" but their decision to speak out.

A source close to the Royal family said: "It's just beyond the pale for William and Kate.

"Especially in light of the dreadful timing with [Prince] Philip in the hospital. They are utterly aghast," the insider continued to tell Us Weekly.

Despite their grievances about the chat, a separate source has insisted that Harry and Meghan will only discuss William and Kate in a positive light, after Harry previously admitted they are on "different paths".

The insider told the publication: "They won't talk negatively about Prince William and Duchess Kate. They don't want to put any more fuel on that fire."

Harry and Meghan's interview with Oprah has also seen them come under fire from a number of celebrities, with Judy Finnigan recently hitting out at the "silly" and "spoiled" couple.

The 72 year old said of Harry in her column for Daily Express: "He's just a silly, spoiled Prince who thinks he can have it all.

"You're not a Prince without a country, just a rich playboy with a Netflix contract. If he ever comes back home, I fear he's in for a nasty shock."

This Morning's Eamonn Holmes also hit out at their decision last week, saying on the hit ITV show: "Well, it's not an interview really, is it? It's an ad, really."

Speaking to royal expert Camilla Tominey, he continued: "I mean, Oprah's a mate, Oprah was at her wedding. Meghan's mum stayed with Oprah at her home as a house guest. So it's not an interview as such, Camilla?"

Camilla replied: "Well, I don't think she's going to be throwing really difficult questions at Meghan and admittedly it's going to be hugely sympathetic because, as you say, they're friends.

"Though interestingly, it's been pointed out that they'd only met once before Oprah turned up at the royal wedding in Windsor castle in May 2018. But yes, I think it's going to be a soft soap kind of an interview."

OK! online has contacted a representative for William and Kate for comment on this story.