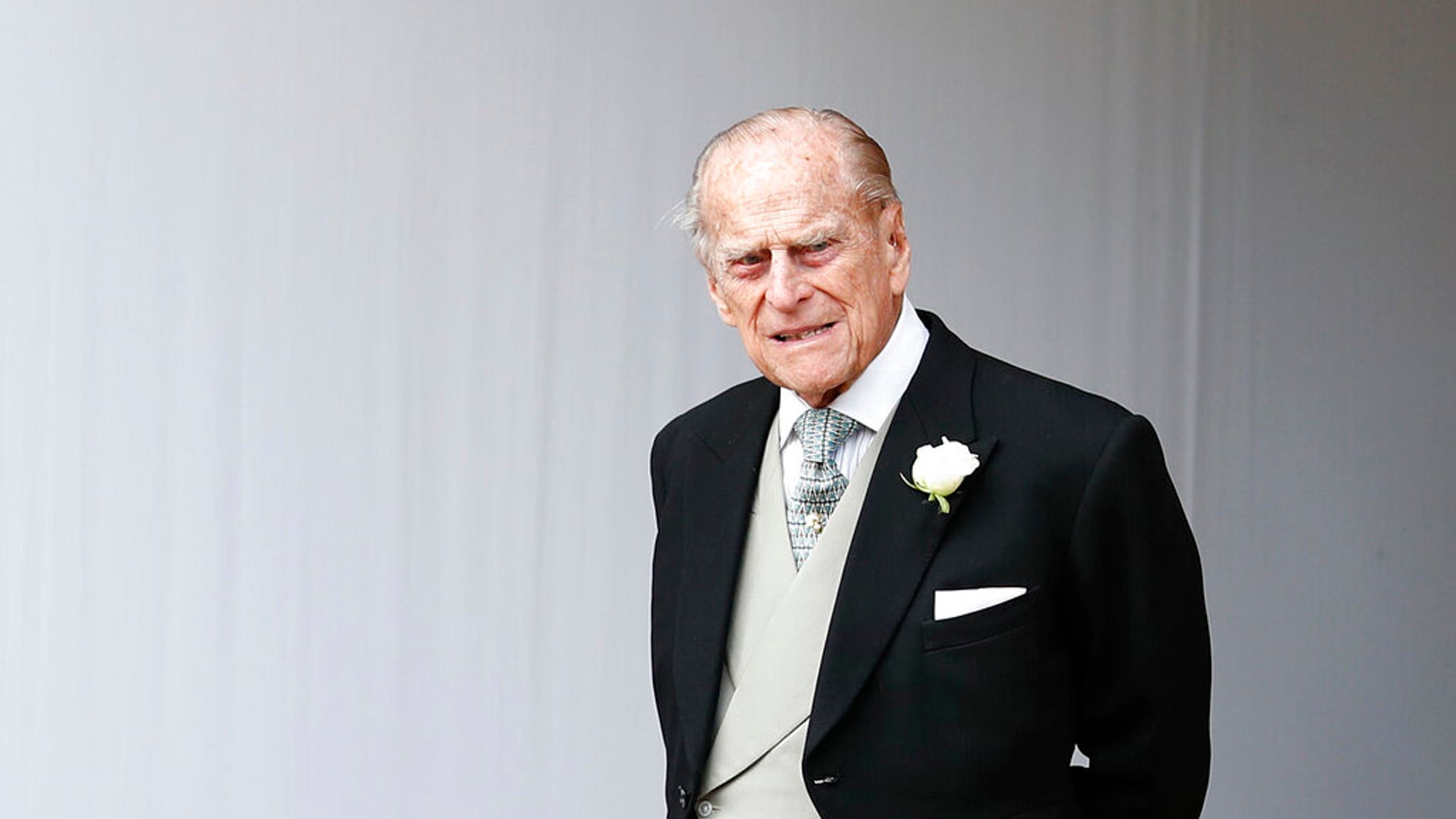 FILE – In this Friday, Oct. 12, 2018 file photo, Britain’s Prince Philip waits for the bridal procession following the wedding of Princess Eugenie of York and Jack Brooksbank in St George’s Chapel, Windsor Castle, near London, England. Buckingham Palace said Saturday Feb. 9, 2019, that 97-year-old Prince Philip has decided to stop driving, less than a month after he was involved in a collision that left two women injured. (AP Photo/Alastair Grant, Pool, File)

At the age of 97, and less than a month after walking away unscathed from a crash that left two women injured, Prince Philip has decided it's time to come out from behind the wheel, Buckingham Palace said Saturday.

Prosecutors said they would consider the decision as they decide whether to charge the husband of Queen Elizabeth II over the Jan. 17 crash, according to The Associated Press.

"After careful consideration, the Duke of Edinburgh has taken the decision to voluntarily surrender his driving license," the palace said in a statement obtained by AP.

Philip was behind the wheel of a Land Rover near the royals' Sandringham estate — it's located in eastern England — when he smashed into another vehicle. Though he needed assistance to exit his overturned wheels, the prince sustained no injuries.

Two women in the other car had minor injuries, AP said. An infant boy was, like Philip, unhurt.

Police said Philip and the other driver both passed blood-alcohol breath tests.

As AP reported, however, Philip was photographed driving again two days later, without a seatbelt. Police reportedly offered him some "suitable words of advice" at that point. And Norfolk Police confirmed Saturday that the prince had "voluntarily surrendered his license to officers."

In a letter of contrition to one of the injured parties, Philip said he was dazzled by the sun when he pulled onto a main road near the royal retreat. He told Emma Fairweather, whose wrist was broken, "I can only imagine that I failed to see the car coming, and I am very contrite about the consequences." The letter was published by a newspaper.

In the U.K., there's no upper age limit for driving. But motorists over 70 must get their licenses renewed at three-year intervals, and let the authorities know about any medical conditions that might impede their ability to drive safely.