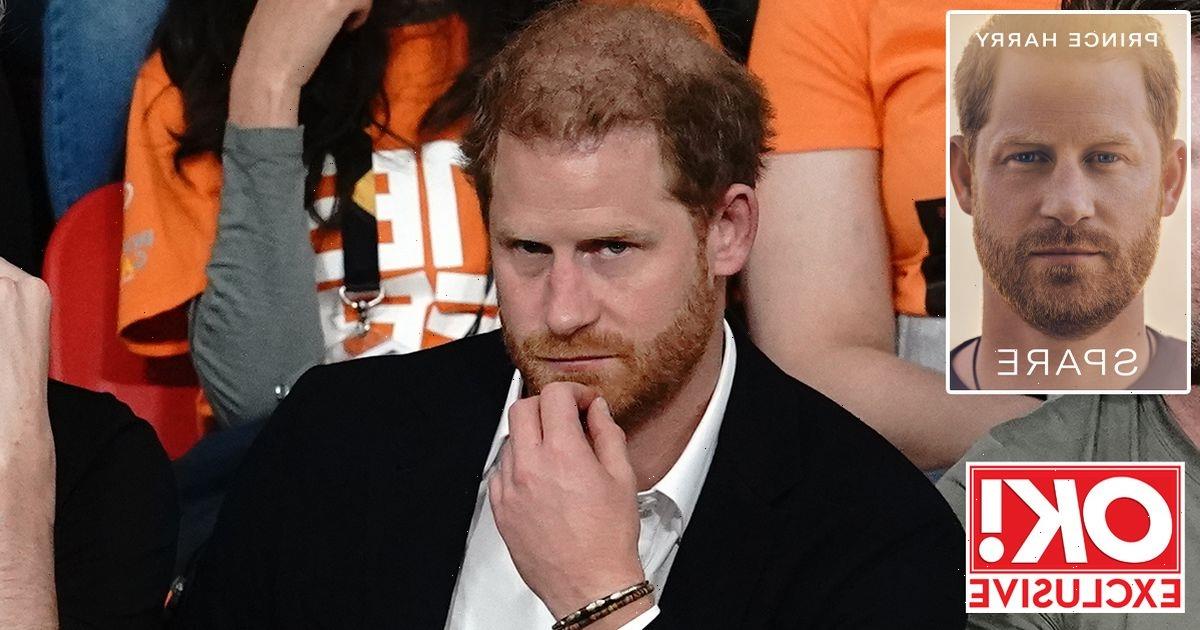 Prince Harry’s tell-all memoir Spare suggests he still has a "chip on his shoulder", says one of Britain’s leading royal commentators.

The name refers to his position in the Royal Family, and the joke that Prince William and his younger brother are “the heir and the spare”.

Speaking exclusively to OK!, royal author and broadcaster Robert Jobson said while the Palace are refusing to be drawn into the drama, the book will be having a huge impact on them – King Charles in particular.

He said: “The Palace aren’t saying anything but the King and Prince William will be concerned, not least because whatever Harry says – despite his and Meghan’s track record on telling ‘their truth’ – will be seen as fact.

“It is early in the King’s reign and this narrative, whatever Harry says, will impact on it. The title suggests he has a huge chip on his shoulder and may guide the narrative of the book.

In an announcement on Thursday, publisher Penguin Random House said the memoir will be filled with "raw, unflinching honesty" and "full of revelation".

It is due to hit shelves on 10 January – the day after the 41st birthday of Kate, Princess of Wales and just four months after the death of the Queen.

Robert, author of Our Future King: Prince Charles at 70, added: “The Palace is not being drawn into it in any way. But I feel sure, unless there are actionable allegations, they may use the late Queen’s line and say 'recollections may vary' when dealing with it going forward.”

Following Prince Harry and Meghan's explosive allegation-fuelled interview with Oprah, a statement was released on behalf of The Queen which read: "The whole family is saddened to learn the full extent of how challenging the last few years have been for Harry and Meghan. The issues raised, particularly that of race, are concerning.

"While some recollections may vary, they are taken very seriously and will be addressed by the family privately. Harry, Meghan, and Archie will always be much loved family members.”

At the time, a royal insider told People magazine that the Queen’s use of “some recollections may vary” was an “underlying jab” at the Sussexes and their claims.

Publisher Penguin Random House has said readers will go back to the "searing" moment when Harry, then 12, and William walked behind their mother Princess Diana's coffin in 1997.

It claims the book will reveal what the grieving pair were "thinking and feeling" and "for Harry, this is his story at last".

The release was postponed from December so Harry could "refine" the draft and "make changes" after his grandmother's death.

Markus Dohle, boss of Penguin Random House, said: "He shares a remarkably moving personal journey from trauma to healing, one that speaks to the power of love and will inspire and encourage millions of people around the world."

Robert Jobson, dubbed the "Godfather of Royal Reporting" by The Wall Street Journal, later posted on Twitter: “At least “Spare” by Harry isn’t called “The Truth” or “Truth” – not sure many would stomach that after all the drivel he & Meg have been spinning, inc. their “secret” marriage in the garden which the Archbishop of Canterbury, who they said carried it out, confirmed didn’t happen.”

Meanwhile Harry and Meghan's Netflix docuseries is expected to be arrived around 9 December.