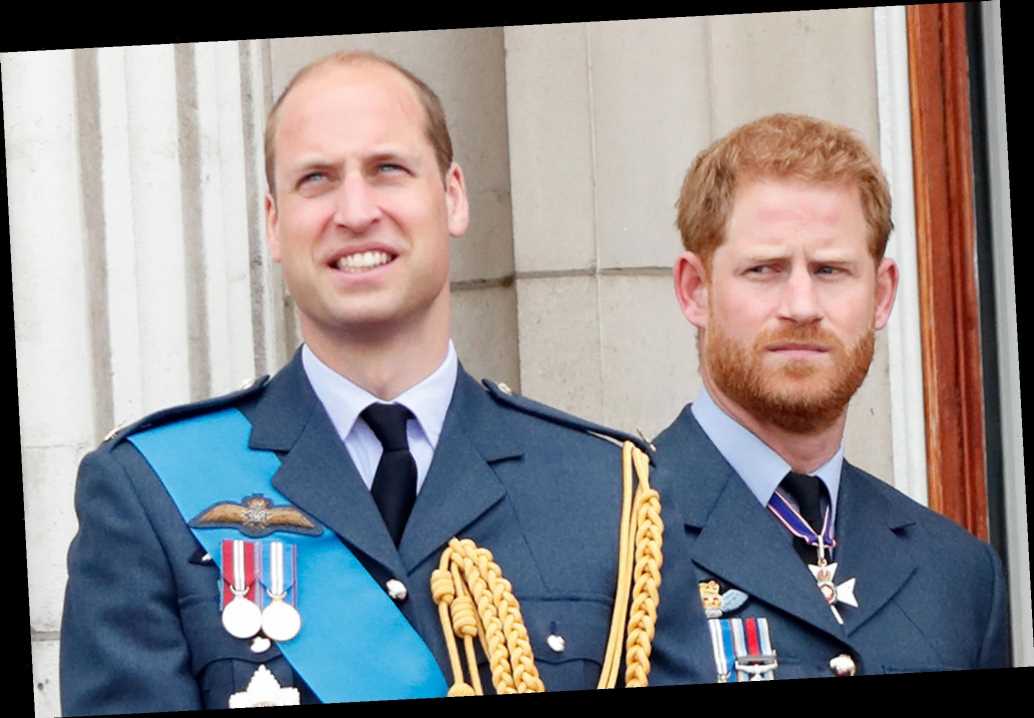 Prince Harry says he and older brother Prince William are on "different paths."

During Harry and Meghan Markle's interview with Oprah Winfrey on Sunday, the Duke of Sussex said that other members of his family can't leave the "system" the way he did.

"It's been really hard," Harry explained. "I am part of the system with them, I always have been, but I guess — and I'm very aware of this — my brother can't leave that system, but I have."

When Oprah asked if William — who is second in line to the throne behind their father, Prince Charles — wanted to leave the royal family, Harry replied, "I don't know. I can't speak for him."

"I was trapped, but I didn't know I was trapped. Trapped within the system like the rest of the family," he said. "My father and my brother are trapped. They don't get to leave, and I have huge compassion for that."

Get the premiere issue of PEOPLE Royals for glamorous new photos and inside stories royals fans haven't seen or read elsewhere! Subscribe at peopleroyals.com/launch He also described his relationship with his older sibling at the moment as "space."

"I love William to bits. He's my brother. We've been through hell together," Harry explained. "But we are on different paths." RELATED: The Biggest Bombshells from Meghan and Harry's Oprah Interview

On Thursday, Prince William, 38, and  Kate Middleton, 39, stepped out for the first time since the interview aired. William hit back at racism claims made during the interview, telling a Sky News reporter, "We are very much not a racist family."

When asked if he had spoken to Harry after the Oprah interview, he added, "No, I haven't spoken to him yet, but I will do."

During the Oprah interview, Meghan said that there were "concerns and conversations about how dark [Archie's] skin might be when he's born" voiced by a member of the royal family.

Later in the sit-down, Oprah pressed Harry on the issue, asking him who was behind the racially charged comment. "That conversation I'm never going to share," he said. "It was awkward. I was a bit shocked."