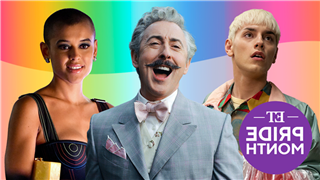 Increasingly every year around the month of Pride, audiences get more and more LGBTQ content to choose from. And 2021 was no different, whether it was new or returning series (Love, Victor; September Mornings), a selection of films and documentaries (Pride on FX), a variety of captivating beach reads (Jonathan Parks-Ramage’s Yes, Daddy), or fresh music from out artists and community icons (St. Vincent; Vincint).

Now, ET is looking ahead at what’s to come the rest of 2021, from the “very queer” return of Gossip Girl to the arrival of Marvel’s first openly gay superhero in Eternals. Additionally, there’s the anticipated new albums from Lil Nas X and Olly Alexander as well as Billy Porter’s first memoir.

As we continue to celebrate Pride all year long, here’s the most anticipated TV shows, films, albums and books of the second half of 2021.

Thanks to the advent of streaming platforms, it seems like there’s no shortage of inclusive or authentic series, especially with the release of favorites like It’s a Sin and Legendary (HBO Max), Love, Victor (Hulu) and Special (Netflix) in the first half of the year. And looking ahead, there should be plenty of options to choose from, kicking off with creator Josh Safran’s highly anticipated reboot of Gossip Girl, which he says will include a lot of queer content. (Read ET’s full guide to the series.) The HBO Max original will pick up eight years after the original and focus on a new generation of wealthy private school teens calling Constance Billard and St. Jude’s home.

On the film side, Eternals will see the debut of Marvel’s first openly gay superhero with Brian Tyree Henry as Phastos, who will also share an onscreen kiss with his partner (played by Haaz Sleiman), while 2021’s strong movie musical year will continue with Everybody’s Talking About Jamie, which tells the story of a teenager who dreams of becoming a drag queen, as well as adaptations of Benj Pasek and Justin Paul’s Dear Evan Hansen starring Ben Platt and Amandla Stenberg, and DeBose taking over as Anita for Rita Moreno in the remake of West Side Story. 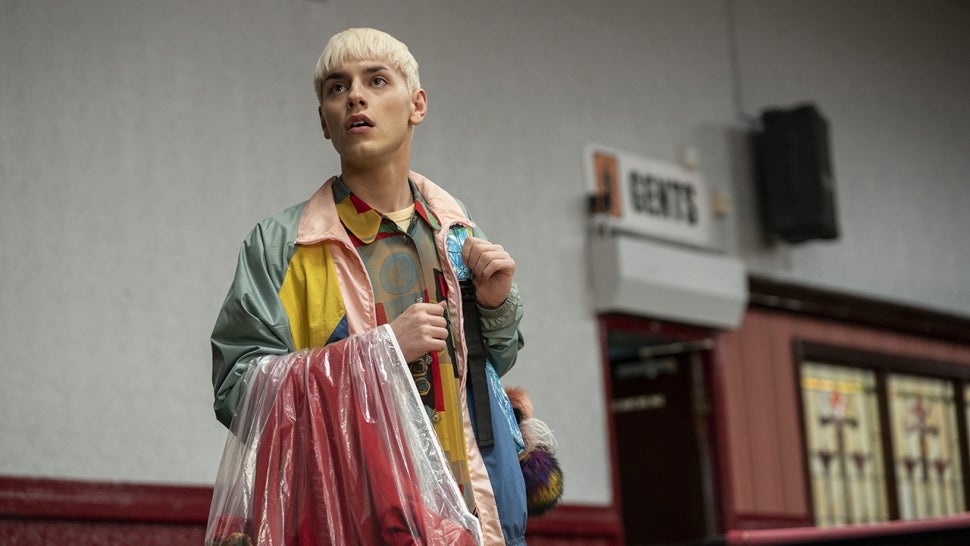 Other anticipated films include the fourth installment of the Wachowskis’ Matrix series, which will also feature a mini Sense8 reunion, as well as Colman Domingo and Nathan Stewart-Jarrett in Candyman, Netflix’s gay holiday-themed rom-com, and Ben Whishaw as a possibly gay Q in Daniel Craig’s final James Bond film No Time to Die.

This year has already seen major releases from some of the biggest LGBTQ artists in the music world, from OG trailblazers like k.d. lang and Sleater-Kinney to current headliners, including St. Vincent and Kim Petras, to up-and-comers girl in red and Joy Oladokun. But the best may be yet to come.

In fact, the most anticipated album of the entire year is easily Lil Nas X’s first full-length album, Montero, which would follow last year’s EP, 7. Preceded by headline-making megahit “MONTERO (Call Me By Your Name)” and the heartfelt “Sun Goes Down,” Montero is already a self-described love letter to the rapper’s closeted, younger self and the person and artist he’s become. And we can’t wait to see what else the album has in store — because if anyone can top twerking on the devil, it’s him! 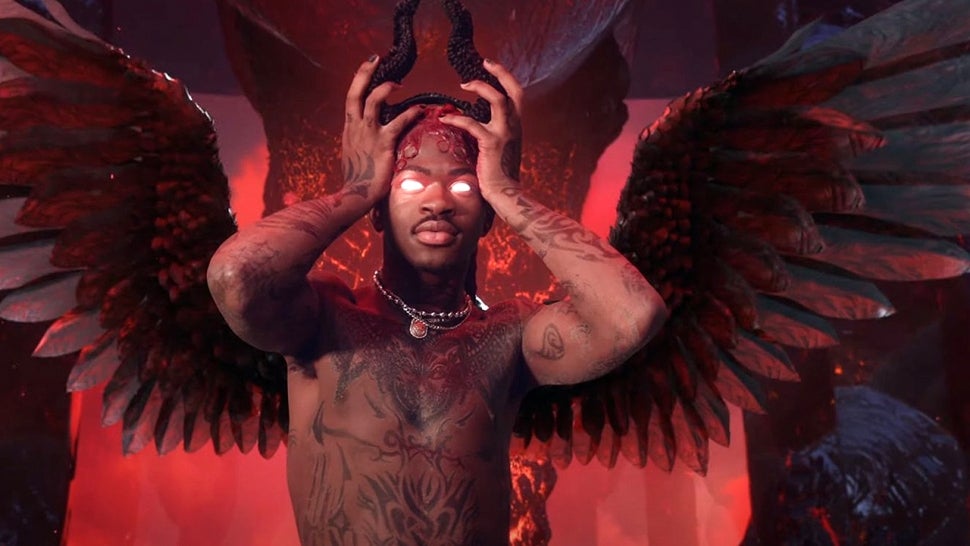 Other anticipated upcoming releases include BROCKHAMPTON’s farewell tour and final album, which they announced earlier this year, Years & Years’ first release as a solo project for Alexander and budding queer icon Cynthia Erivo’s debut album. Plus, new music from The Veronicas, Lucy Dacus, Clairo and more.

Literature is a way for an author to dive into the unknown, create a safe haven and release their innermost thoughts, as well as share their painful and uplifting experiences. From honest and eye-opening memoirs from some of the world’s most inspiring figures, to works of fiction about overcoming obstacles and self-discovery, many members of the LGBTQ community are sharing their experiences through the written word.

Porter, who recently shared his HIV diagnosis, takes readers through a harrowing journey of trauma and healing with Unprotected: A Memoir. The multi-talented Pose actor and upcoming star of Cinderella opens up like never before about his rough upbringing, being sexually abused and being bullied to becoming an Emmy, GRAMMY and Tony winner, who survived, healed and found happiness. 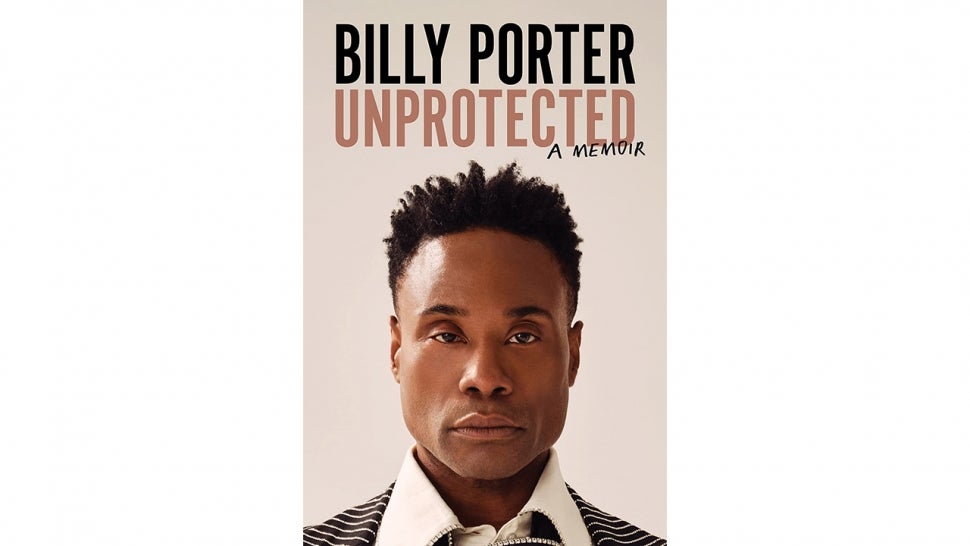 There’s also the inspirational tale of tennis icon Billie Jean King in All In: An Autobiography. The memoir shines the light on the athlete who fought for equality and championed for women’s and LGBTQ+ rights. She also recounts the path to finding her true self while facing sexism on the court, her “near financial peril after being outed” and finally acknowledging her sexual identity at 51.

Among other upcoming literary tales and stories from LGTBQ writers include a reimagining of fairy tales with Soman Chainani’s Beasts and Beauty: Dangerous Tales. There’s also Liz Parker’s All Are Welcome, a rom-com misadventure of a bride getting ready to marry the woman of her dreams and the familial secrets and drama that come with it. Lee Mandelo’s debut novel, Summer Sons, is also expected to be a riveting horror, dark fantasy read for those who love a good mystery. There’s also historic fiction, love stories and queer sci-fi.

Finally, here’s a rundown of all the release dates for the titles mentioned above as well as other notable projects we are excited about.