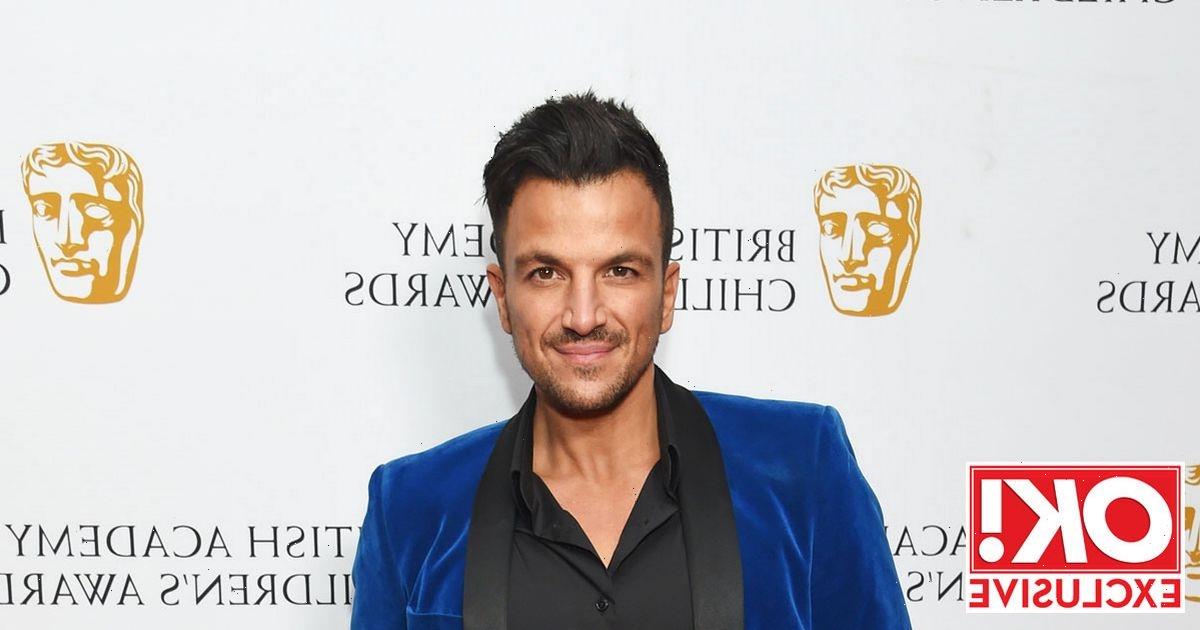 He's recently been turning his hand to acting, starring in short films and even landing a role in a feature film, and now Peter Andre has thrown his hat in the ring to be the next James Bond.

The star, 48, spoke in his most recent column for new! about who he thinks should take over from Daniel Craig in the iconic role, as well as opening about his views on the Strictly Come Dancing Covid vaccine row and revealing which reality show wife Emily would say yes to.

Are you an OK! VIP? If not, why not? It’s free and gives you backstage access to stories like this, exclusive home tours, special discounts and so much more! All you need to do is pop your email address below! P.s. if you’re already seeing this article in full, congrats – you’re already on our guest list! There’s a lot of speculation over who the next James Bond is going to be. I personally think Idris Elba would do a great job.

It would be anyone’s dream to play an iconic role like that. Would I do it if asked? Hell yeah! Although I’d probably be more James Pond than James Bond!

I know Piers Morgan has put his name in the hat, which I love. I see what he’s doing there, he’s probably thinking as Pierce Brosnan has already played James Bond they might want someone with a very similar name. Very clever, Piers!

The US is open for the UK

It’s amazing news that the US is reopening to fully vaccinated travellers from the UK from November.

I have my working visa for America now, which is really exciting, but I can’t do anything until the end of the year as I’m doing Grease The Musical until the first week of December.

As soon as I can I’m going to go over to LA with my manager Claire as we have lots of film meetings lined up with some directors which should have happened last year.

It’s great that next time I go I’ll have a few films behind me, too. Now I just need Australia to open up so I can go and see my family!

I love The Great British Bake Off but due to performing in Grease almost every night I haven’t managed to watch it yet.

Someone told me Matt Lucas said a contestant called Chigs looks like a young Robert De Niro or a young Peter Andre. Nice compliment Matt, being in the same sentence as De Niro!

Matt also said about me, “He won’t be watching, he’ll be in the gym!” Now the only offence I’ll take is the term “young Peter Andre”. What do you mean? I am young! But Matt’s a lovely guy.

I’ve always said Emily should take part as she’s amazing at baking. The bookers should definitely ask her as I think it’s probably the only reality show she’d actually say yes to!

It was so sad to hear about the passing of John Challis. He was such an iconic actor, especially in Only Fools And Horses, and that show will forever remain a part of our culture. RIP Sir.

Talking of Only Fools And Horses, I remember when I first moved to the UK from Australia, I was on a red carpet at an awards show and they asked me about Sir David Jason and if I thought he was going to win.

I had never heard of Only Fools And Horses and I had no idea who David Jason was! I tried to style it out but it was so embarrassing.

The clip recently resurfaced and it’s so funny to look back on now as I’m such a huge fan of Jason and the show.

Strictly Come Dancing is said to be in chaos after it was reported three of the professional dancers are refusing a Covid vaccination.

It’s tricky and a scary thing as it puts the show in jeopardy, so I understand why it’s concerning.

However, I have seen first-hand the chaos it can cause, as we had a positive test in the Grease team.

Someone who wasn’t vaccinated has tested positive and everyone who isn’t double vaccinated has had to self-isolate for 10 days so we’ve lost eight people from the crew.

Luckily, I can stay on as I’m double vaccinated.

For more from Peter Andre, sign up to OK! newsletters here.