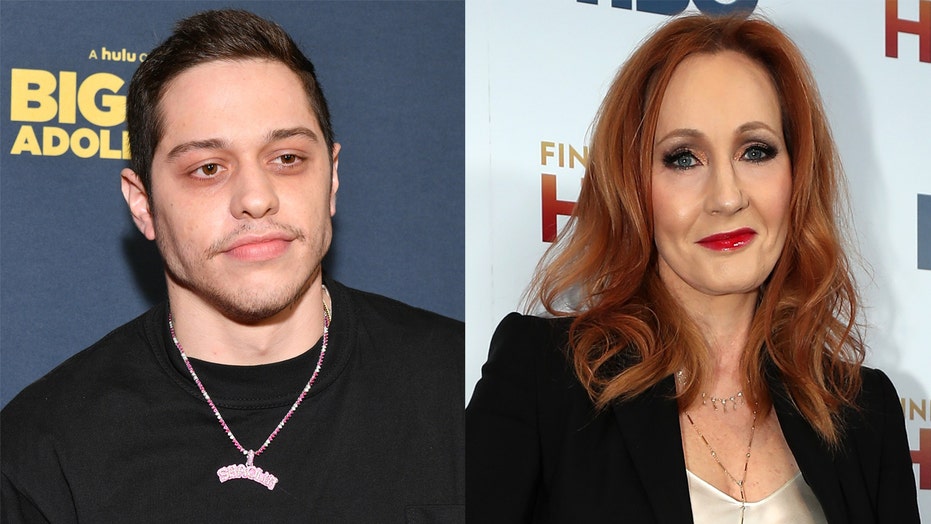 Over the summer, the "Harry Potter" scribe was accused of transphobia when she suggested a news outlet use the term "women" rather than "people who menstruate."

Stars of both the "Harry Potter" and "Fantastic Beasts" franchises have spoken out against the comments made by Rowling, 55, and during the latest episode of "Saturday Night Live," so did Davidson, 26.

The  actor began by saying he's "never getting another tattoo for the rest of my life.

"Don't get tattoos. I got a 'Harry Potter' tattoo years ago because I'm not psychic," he said. "I didn't know J.K. Rowling was going to go all Mel Gibson on us."

He then joked about being "terrified" over his "Game of Thrones" and "Winnie the Pooh" tattoos eventually being associated with something negative.

"It really hurt because I have a close connection to those movies," said Davidson of his reaction to the author's comments before calling them "very disappointing."

"I long for a few years ago when the worst thing she ever did was those 'Fantastic Beasts' movies," the comedian said. "No discrimination there, those films harmed us all equally."

He added: "What's wrong with her? She creates a seven-book fantasy series about all types of mythical creatures living in harmony with wizards and elves and the one thing she can't wrap her head around is Laverne Cox? She's a national treasure."

"The King of Staten Island" star said that he was surprised by what the author said "at first," before "thinking about the fantastical world she created," as he found physical similarities between Jewish people and the creatures that manage finances within the fictional universe.

Daniel Radcliffe, Rupert Grint, Emma Watson and Eddie Redmayne have all since condemned the author's comments and expressed support for the transgender community.