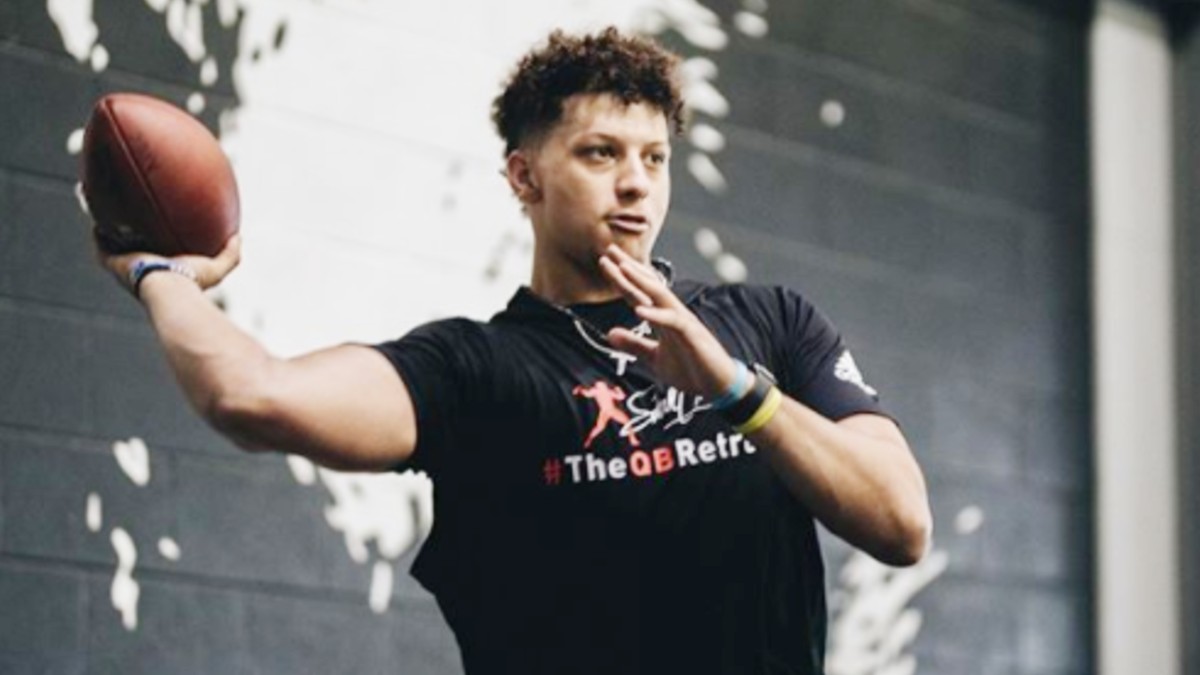 Patrick Mahomes II is a superstar quarterback for the Kansas Chiefs and one of the highest-paid players in the history of the NFL. But, just like many of us, he can still rely on his mom to come to his defense.

As Mahomes was busy tearing the Baltimore Ravens defense apart last night, his mom, Randi Martin, was on Twitter berating ESPN’s coverage for referring to her son as Pat.

The likely offender was former NFL safety Louis Riddick who referred to Mahomes as Pat on at least one occasion. However, in the Mahomes household, Pat is the name of Mr. Mahomes Senior, the quarterback’s father.

However, Ms. Martin didn’t name names when she took to Twitter to write, “If this announcer doesn’t stop calling my son Pat.. ugh I may scream… lol #help…”

She tagged in ESPN just to make sure the cable sports channel got the message.

Her use of lol indicates, of course, that she was joking — at least to some degree. But future football announcers should be aware.

News of the tweet made it to Riddick, who apologized while on air. He laughingly said, “Guilty, guilty, guilty. I apologize, Patrick.”

Randi Martin and Pat Mahomes Sr. were married in the late 1990s, and Martin gave birth to the future Kansas Chiefs superstar in 1995. Martin is White and Mahomes is Black. The pair divorced when Patrick was eleven years old but have remained on good terms with each other. They’re described as a tight-knit family.

Martin was born in 1976 and seems to have been nothing but supportive of her son’s career. However, Clutch Points reports that when Mahomes was offered a choice between the MLB draft or to take a college football scholarship, his mom stressed the value of a college education.

Martin is a devout Christian. In her Twitter profile, she describes herself as “blessed” and a “child of God.”

In an interview, she said that she wants her son to stay humble.

“I always encourage him to pray and to thank God for his blessings that he has and his abilities,” she stated.

Oh, and she’s a big fan of the Chiefs. She likes to eat pizza on game night, as evidenced by this other tweet from last night. 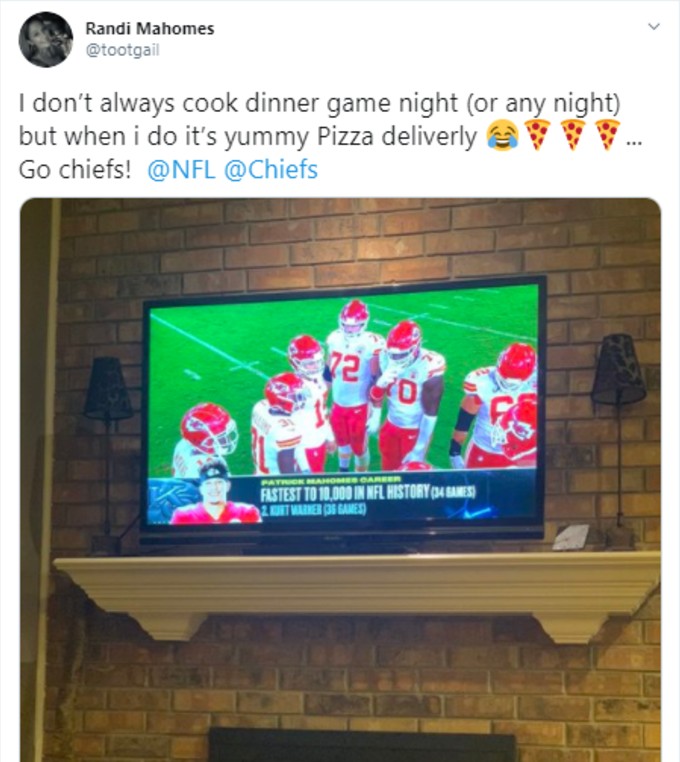 Mahomes was gifted at least some of his athletic genes from his father, a former Major League Baseball pitcher. Born in Texas in 1970 and raised in the Lone Star State, the senior Patrick played basketball, football, and baseball while in high school.

Afterward, he declined football and basketball scholarships to play baseball at the University of Arkansas. However, before attending college, he was drafted by the Minnesota Twins.

He went on to play for the Boston Red Sox, the New York Mets, the Texas Rangers, the Chicago Cubs, and the Pittsburgh Pirates. He also spent two years playing in Japan before retiring in 2003.

Mahomes Sr. initially tried to steer his son away from football and towards baseball as he feared the physicality of the former sport. In the end, though, this father became supportive of his son’s career choices.

Mahomes Jr. is engaged to be married to Brittany Matthews, another great love of his life besides his mom. The pair were high school sweethearts and have been dating for seven years. They recently bought a $2 million home in Kansas City.