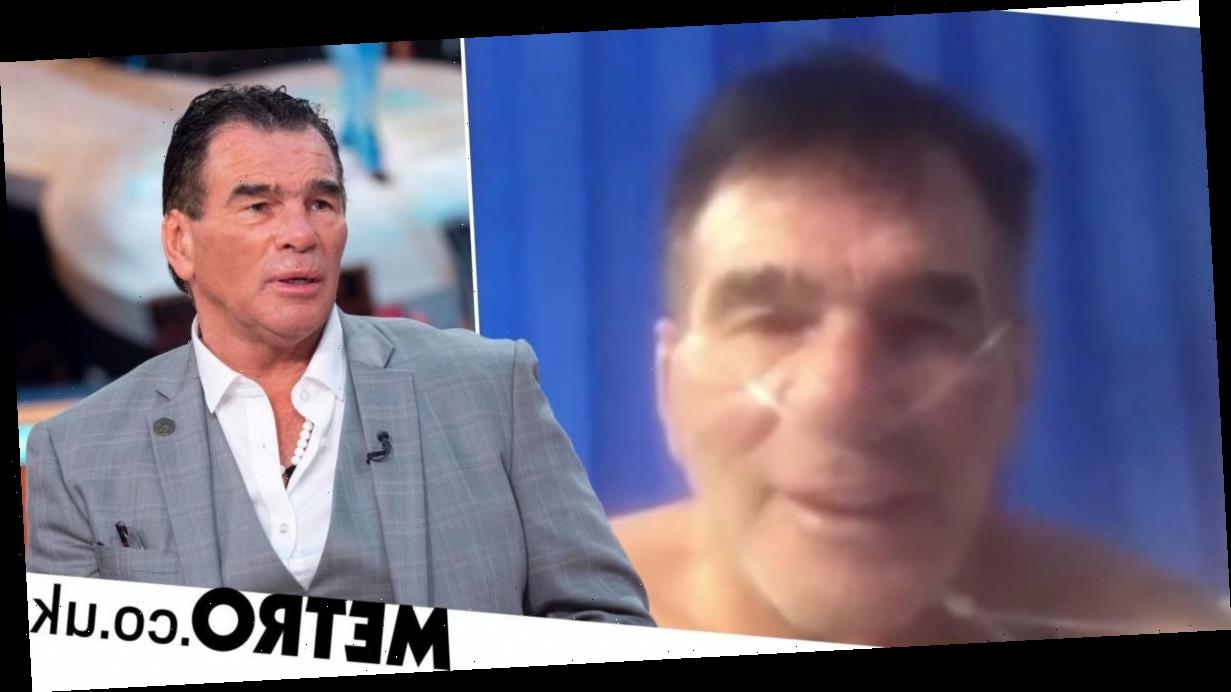 Big Fat Gypsy Wedding star Paddy Doherty has given fans an update from hospital after being taken in with coronavirus and double pneumonia, warning others that the pandemic is ‘no joke’.

The Celebrity Big Brother winner, 61, filmed himself from his hospital bed, where he is hooked up to oxygen, as he urged his followers to take care amid the ongoing pandemic.

‘I give thanks and prayers to everyone and thank my god. I am a bit on the weak side and all that but I’m alive.

‘I always say your life and your strength is a lottery, then you’ve got everything. So I want to say to everyone, this is not a joke, it’s far from a wisecrack.

‘Be careful, keep your distance, I know it’s easier said than done.’

He also urged his followers to follow the guidelines in order to keep others safe if not for themselves.

Paddy’s manager confirmed to PA: ‘He was exhausted and was lying in bed for two days. On the Wednesday his wife said to him, “Look, come on, you are really ill, we need to get help”.

‘The ambulance came out and they said if you don’t get in there’s a chance you might not wake up.’

Paddy’s family had confirmed that he was in the hospital on Facebook, asking for prayers for his recovery.

Paddy had also revealed last year that he had been treated for prostate cancer.