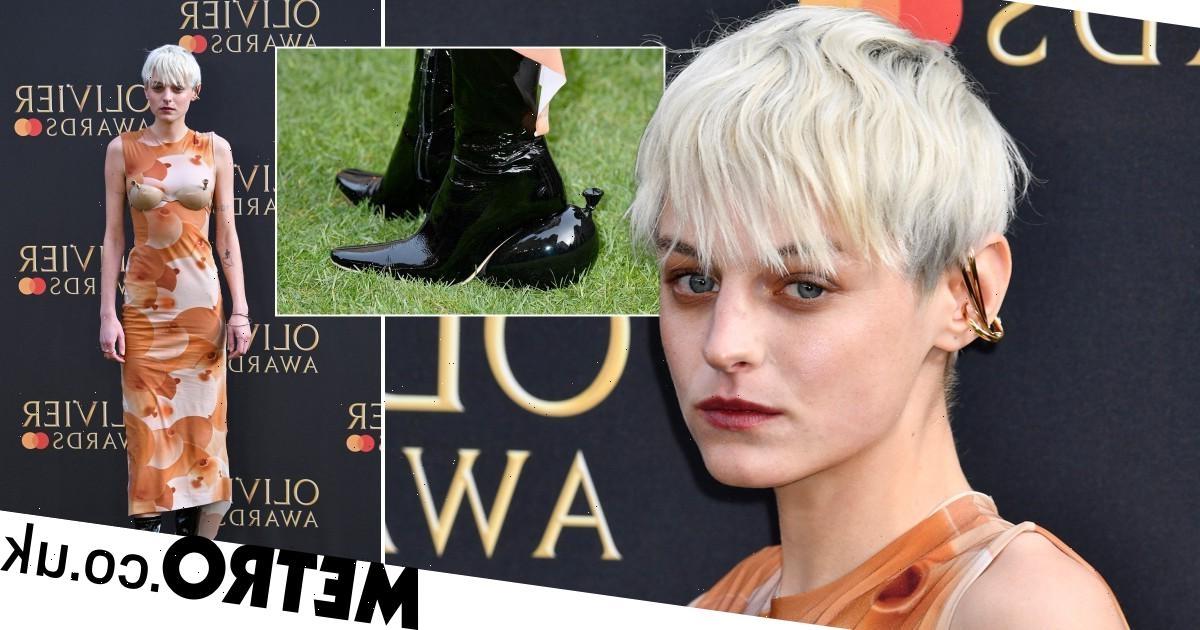 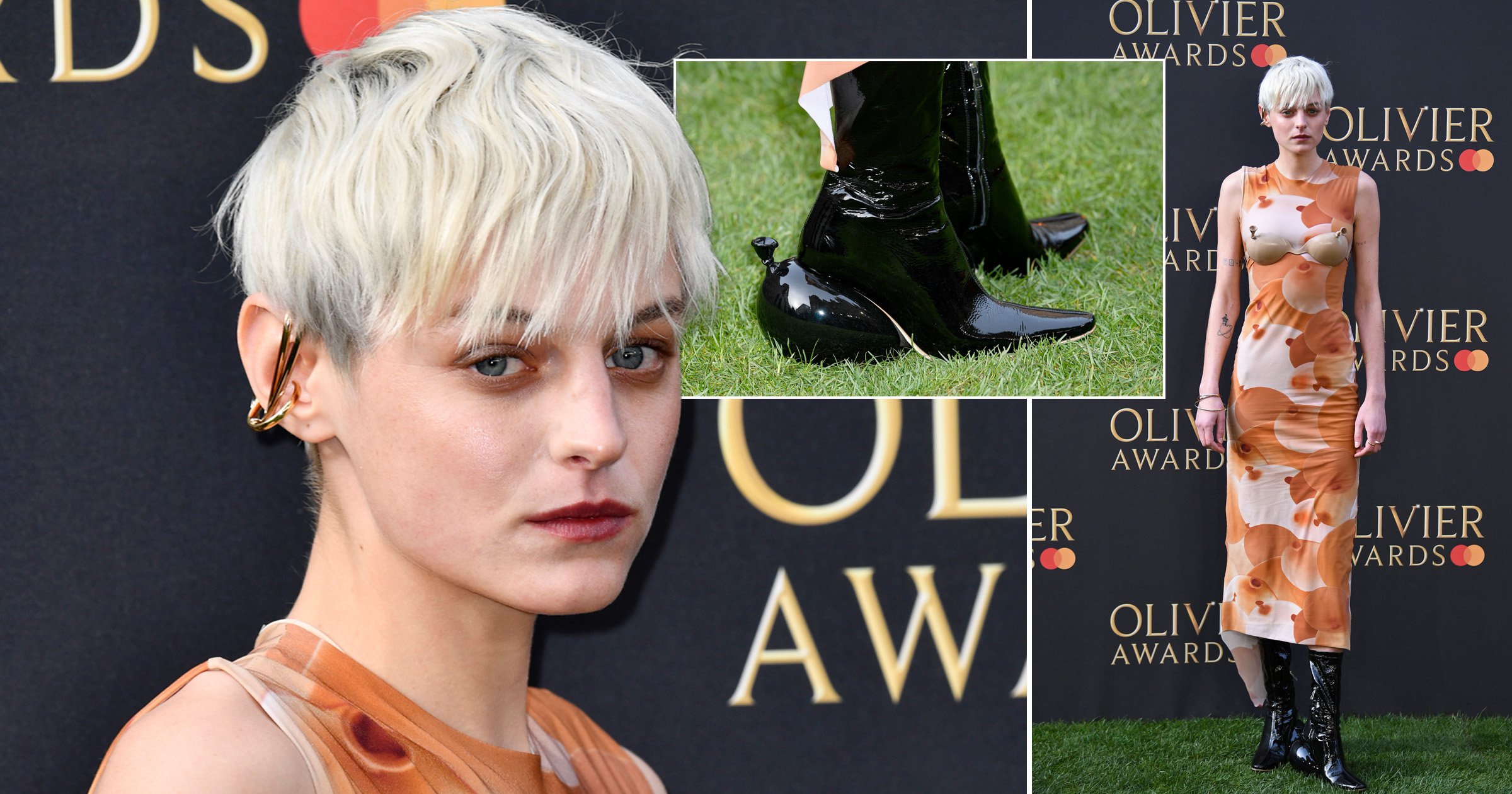 The Crown’s Emma Corrin slayed the green carpet for the Olivier Awards 2022 on Sunday in a balloon print dress complete with a balloon tie brassiere.

The 26-year-old star, who was nominated for best actress at this year’s star-studded event, no doubt had all eyes on them as they rocked up to the Royal Albert Hall in the head-turning number.

Emma wore a statement orange gown laden with balloon print from the Spanish luxury fashion house Loewe for the occasion.

They sported a flesh-coloured balloon bra over the top of the ensemble, which screamed high camp.

Emma fashioned their platinum blonde hair in a textured cropped do and accessorised the look with a singular gold earring.

Harry Lambert styled the actress for the occasion and made sure to share numerous images of them on his social media page.

‘This one is for the gays,’ he captioned one picture of Corrin on his Instagram.

Emma was up for the best actress gong for their role in Anna X, a play written by Joseph Charlton.

They made their West End debut alongside Informer’s Nabhaan Rizwan, with the production taking place at the Harold Pinter Theatre last year.

The revival of the hit musical Cabaret leads the nominations at this year’s Olivier Awards, with 11 nods for the production starring Eddie Redmayne and Jessie Buckley.

Life Of Pi at Wyndham’s Theatre and the classic musical revival of Anything Goes at the Barbican Theatre both have nine nominations each.

Beverley Knight, who is nominated for best actress in a musical for The Drifters Girl, said it was an ‘indescribable feeling’ to return to the awards after such a difficult period for live theatre.

‘We have been bereft of theatre for so long, just had nothing, and people only realise the importance of the place that theatre and live entertainment played in any society when it was taken away,’ she said.

‘Then everyone was like ‘Oh, that’s what they do, that’s why it’s important’. So to be back to celebrate, it is incredible.’

Beverley added to the PA news agency: ‘We bring in multi-millions and that’s week in week out. So, we are part of giving the economy buoyancy, but more than that, we feed the nation’s soul.

‘How many people struggling with their mental health over the past two years turned to streaming services, whether it be music, or watching films, or documentaries or whatever?

‘That’s what we do. That is our job, that’s where we step in. We are a night of escapism for so many people, whilst provoking people, getting them to think and entertaining them.’