Turns out Cardi B missing Offset between the sheets is a mutual feeling — he’s still thinking about sex with her too … and what sounds like a recent romp has him fee(hee!)ling some type of way.

The Migos rapper just posted a video of himself wearing a mask and dancing to Michael Jackson‘s “The Way You Make Me Feel” on a balcony … complete with MJ-inspired crotch grabbing and body popping to boot.

You’ll recall … Cardi said just last week that she missed Offset as well — or at least part of him, anyway. Looks like he received the message loud and clear, ’cause the on-again-off-again couple jetted down to Puerto Rico for her performance and snuck in a little jet ski action … and probably some bedroom action too. 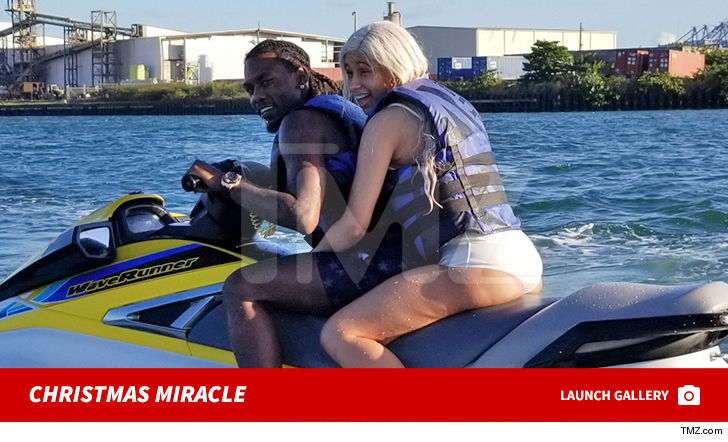 Cardi — who didnt’ seem very happy we got our hands on those jet skiing pics — explained her reunion with Offset on Instagram Live, saying quite simply … “I just had to get f*****. That’s all.” The video ended with a big smile on her face.

Cardi B explains what happened with her and Offset in Puerto Rico. Follow @hiphopdx for Hip Hop and More‼️

Cardi B explains what happened with her and Offset in Puerto Rico.

Based on all this, it’s clear they banged. And, Offset might very well have been reminded of the fireworks made on the day they both said “I do.” No better way to express the feeling than with some Michael magic … especially if you can pull it off, which he did.

No word yet on whether they’ll be linking up for Christmas itself in the wake of their split, but all signs point to another coming-together in the near future.