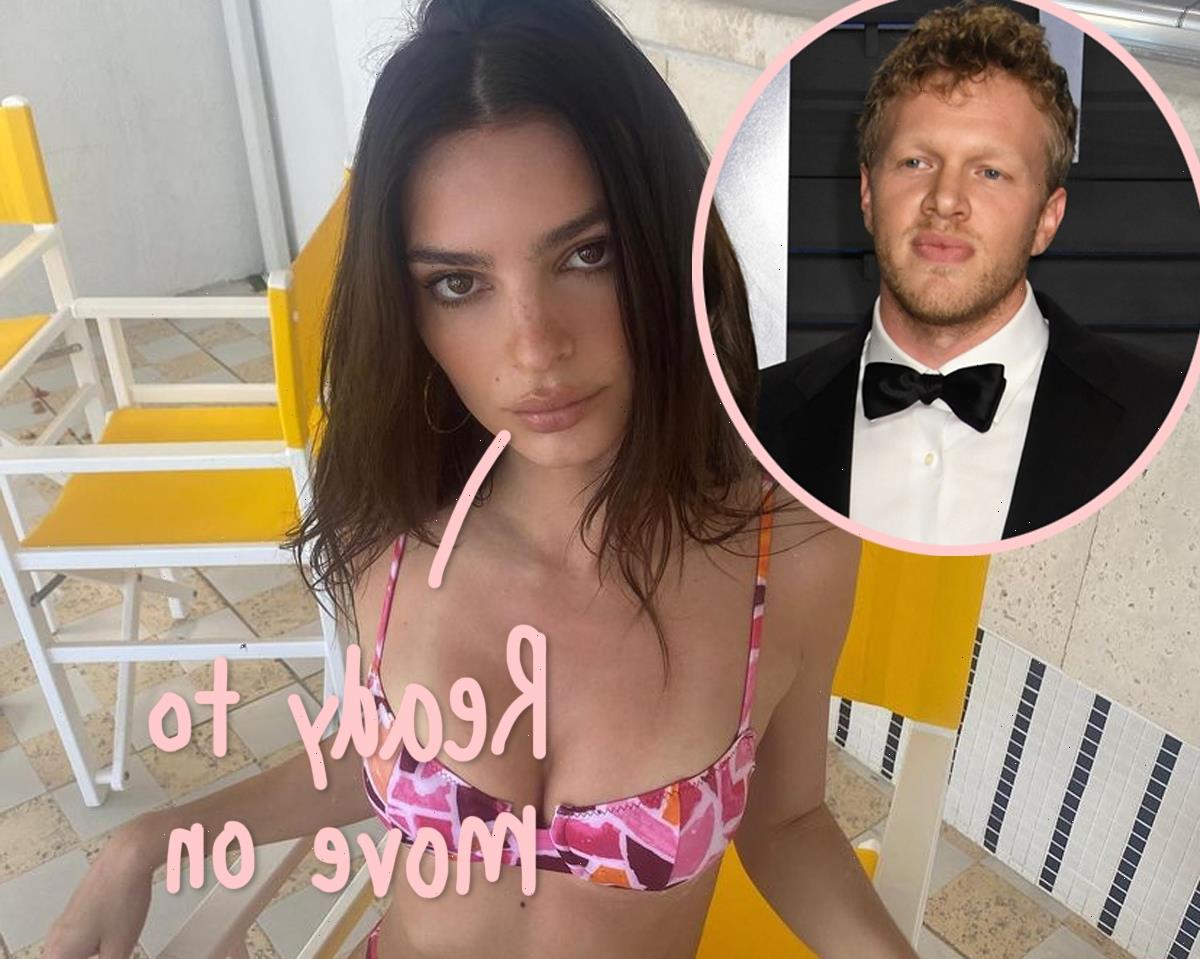 According to Us Weekly, the 31-year-old model filed for divorce from her husband of four years on Thursday. Good for her! This legal move does not come as a surprise since rumors that she was getting ready to end her marriage have been circulating for months now. Speculation first sparked in June when Emily was seen in New York City without her wedding ring. A month later, reports confirmed that she had ended things with Sebastian due to his “serial” cheating ways. A source even suggested to Us that things didn’t end amicably between them to the point where they’re not even on speaking terms right now:

Although Sebastian has not talked about their split, Emily has not been shy about throwing a ton of shade at the Uncut Gems producer on social media! In fact, the My Body author seemingly referenced her estranged hubby on TikTok when she lip-synched a creator’s sound of “when he thinks he’s a 10 because he pulled you but you like ugly men.” DAMN!

Emily did not directly mention who she was talking about in the video, instead writing “for legal reasons this is a joke” in the comments. Ha! But honestly, there’s no question this was a direct callout of her estranged baby daddy!

Beyond tackling her breakup with some humor, the momma has also been getting super reflective when it comes to relationships and sexism on the platform. Just days ago, Emily stitched a video of Belgian psychotherapist Esther Perel speaking at a panel about female sexuality to lament:

Another dig at Sebastian and their sex life? It kinda sounds like it!

We love this vulnerability (and obvi the shade) from EmRata during her newly single era! Reactions to the divorce filing, Perezcious readers? Let us know in the comments below!