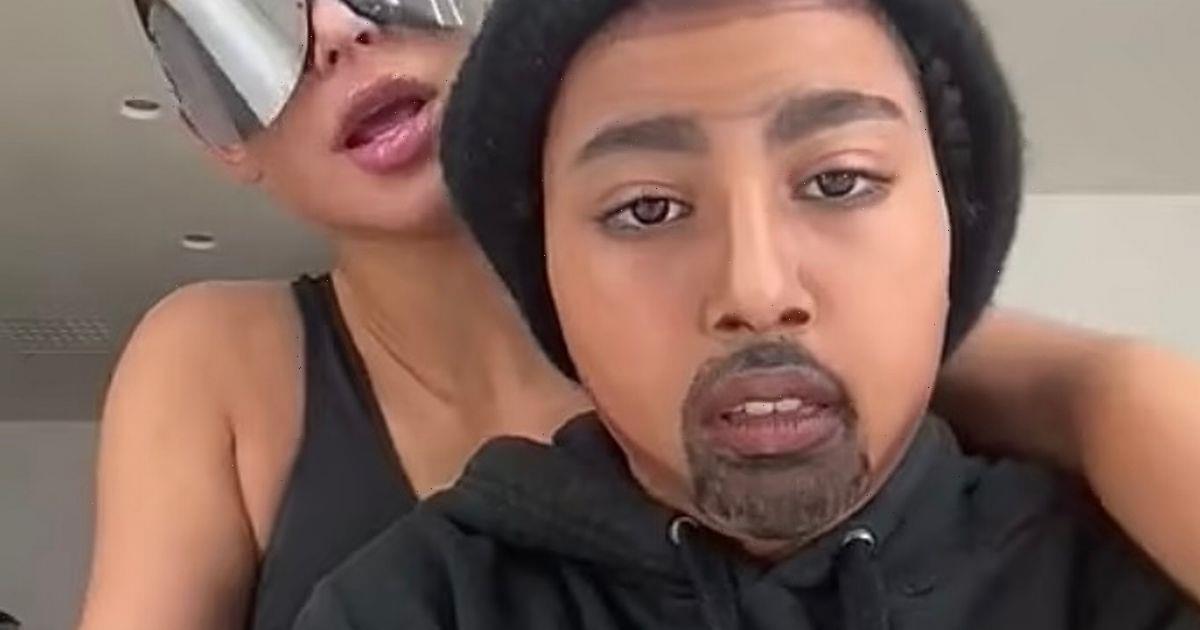 Kim Kardashian's mini-me daughter North West looked like the spitting image of her father Kanye West when she transformed herself into the rapper in a fun TikTok video.

After Kim, 42, revealed North had been taking classes to practice her special effects make-up skills, the nine year old star decided to practice what she learnt on camera.

North looked incredible as she dressed in a black sweatshirt and posed with her arms crossed while tucking her hair away into a black beanie.

Mum of four Kim joined in on the fun with her daughter by contouring her face as she towered over North in the clip.

The model wore a pair of sunglasses from Kanye's Yeezy collection with her brunette hair styled into a slick bun as a remix of Kanye's 2013 song Bound 2 played.

North has been regularly documenting her make-up looks on TikTok as she recently transformed herself into the Grinch ahead of Christmas.

While the mother-daughter duo often have fun making videos on the social media app, Kanye, 45, previously stated how he doesn't want any of his four children to have TikTok accounts without his permission.

The rapper went on to say: "They can go on SNL and make jokes, they can make jokes in the media, they can plant stories, about whoever I am dating and whatever I want to do… I can tell you straight up, don't play with my kids.

The former couple's marriage – which Kim described as her "first real marriage" – came to an end when the mum of four filed for divorce back in January 2021 after almost seven years as husband and wife.

Their divorce was officially finalised in November 2022 after two years, and Kim and Kanye now share joint physical and legal custody of their four children.

In December, Kanye was invited by Kim to attend their son Saint's 7th birthday party at her Hidden Hills mansion.

TMZ reported that Kanye spent several hours celebrating with his second eldest son after turning up in Balenciaga jeans, boots and a graphic print jacket.