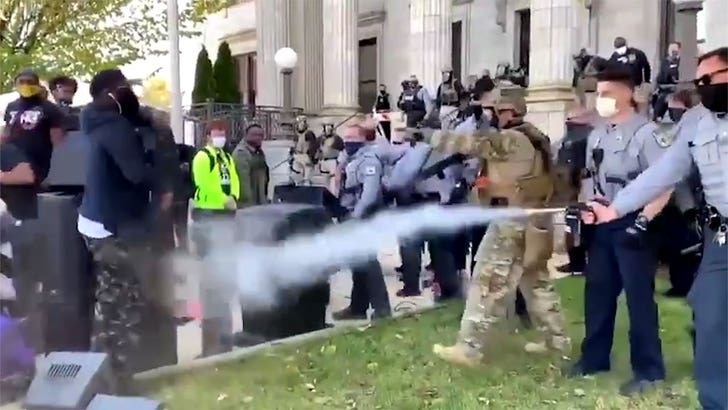 An event to bring voters to the polls deteriorated into violence Saturday, when police pepper sprayed the crowd.

Around 200 people in Graham, North Carolina marched to a polling place for an event called “I Am Change.” Marchers were there not just to vote but also to honor black Americans who were killed at the hands of police.

After a moment of silence to honor George Floyd, the march got underway, but not long after, authorities called it an unlawful assembly because the marchers were obstructing the roads.

Police ordered them to disperse, and when they didn’t the pepper spray came out. One woman who was wheelchair-bound was hit with pepper spray and fell out of her chair. Eight people were arrested for failing to disperse and with one instance of assault on a law enforcement officer.

Famed civil rights attorney Ben Crump and George Floyd’s niece, Brooke Williams, were slated to speak, but that never happened because of the police confrontation.

Police said they “deployed a pepper based vapor onto the ground to assist in the dispersing the crowd. At no time during this event did any member of the Graham Police Department directly spray any participant in the march with chemical irritants.”