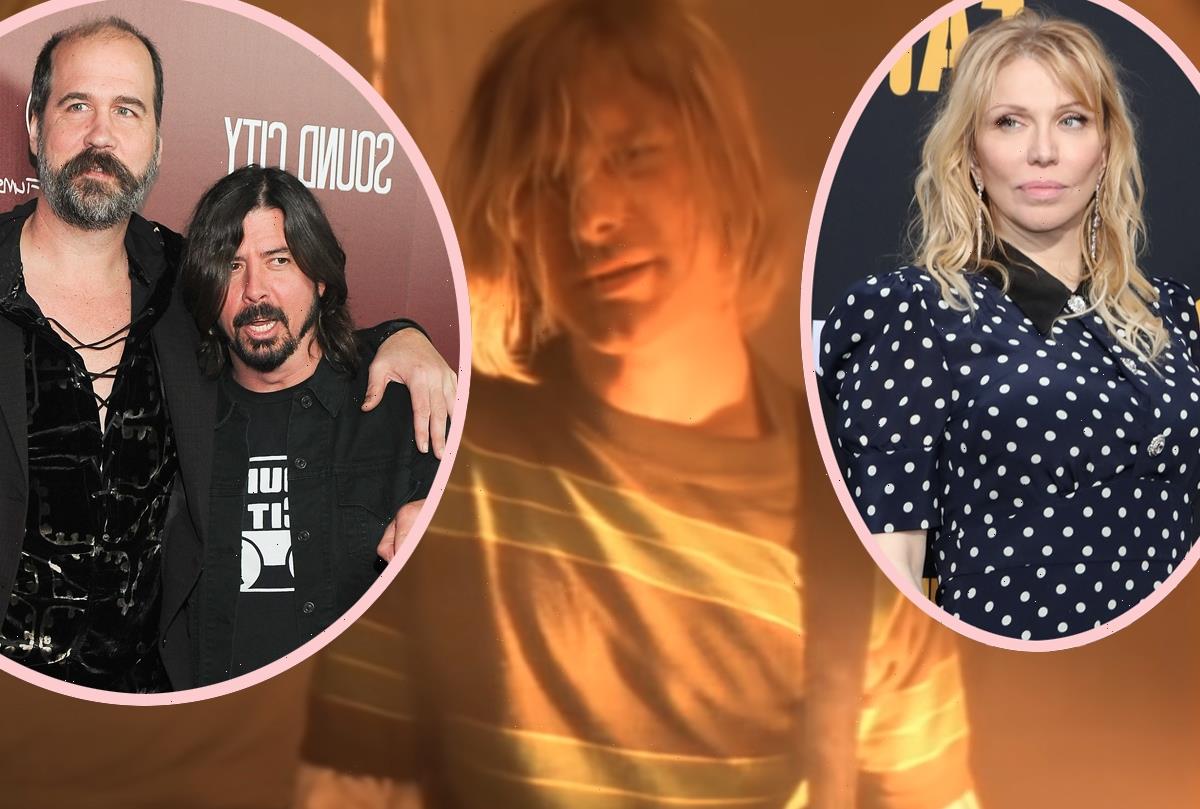 We all know Nirvana‘s Nevermind album cover. The indelible image of an innocent baby swimming toward a dollar bill on the end of a fishhook is now 30 years old and has become one of the most recognizable album covers of all time.

Well, now three decades later that baby is all grown up — and far from being proud to be part of rock and roll history, Spencer Elden feels irreparably damaged. That’s according to the lawsuit he just filed on Tuesday.

The California native, now 30 years old, is suing the surviving members of the band, Dave Grohl and Krist Novoselic, as well as the managers of Kurt Cobain‘s estate — including his widow Courtney Love, photographer Kirk Weddle, the now-defunct DGC Records, and Geffen Records. In all, 15 defendants are named in the suit.

According to Spencer, the image was child pornography — and all these people have been profiting off of it for decades. The suit, obtained by Variety, reads:

“Defendants intentionally commercially marketed Spencer’s child pornography and leveraged the shocking nature of his image to promote themselves and their music at his expense… Defendants used child pornography depicting Spencer as an essential element of a record promotion scheme commonly utilized in the music industry to get attention, wherein album covers posed children in a sexually provocative manner to gain notoriety, drive sales, and garner media attention, and critical reviews.”

“Weddle took a series of sexually graphic nude photographs of Spencer. To ensure the album cover would trigger a visceral sexual response from the viewer, Weddle activated Spencer’s ‘gag reflex’ before throwing him underwater in poses highlighting and emphasizing Spencer’s exposed genitals. Fisher purchased fishhooks from a bait and tackle shop to add to the scene. At least one or more film cartridges were exposed in a short period of time which included at least 40 or 50 different image shots of Spencer. Cobain chose the image depicting Spencer — like a sex worker — grabbing for a dollar bill that is positioned dangling from a fishhook in front of his nude body with his penis explicitly displayed.”

We’d wager child porn is going to be a tough thing to prove in a court of law. The legal definition of pornography typically includes some variation of “intent to sexually stimulate” the viewer — and considering some 30 million people have purchased Nevermind, you’d have to argue almost all of us are in on it. The lawyers can use the words “sexually provocative” but that would imply just seeing a depiction of a nude child is in some way sexual, something many would disagree with — from owners of Anne Geddes calendars, to tourists who visit the Sistine Chapel, to Kurt Cobain himslf.

In a 1991 interview with Hot Metal magazine, Kurt was asked about censoring the album cover with a sticker. He said he would only consent to the record label putting a sticker over the image if it read:

“If you’re offended by this, you must be a closet pedophile.”

He claims to have suffered “permanent harm” — both mental and financial — because his “true identity and legal name are forever tied to the commercial sexual exploitation he experienced as a minor which has been distributed and sold worldwide from the time he was a baby to the present day.” Besides emotional distress, he says he’s faced a “lifelong loss of income-earning capacity.”

We’re not sure we’re sold on this hurting his income. Is a boss really going to reject his application because he’s the Nirvana baby? Certainly we can’t imagine having some level of notoriety will hurt sales of whatever art he makes. In fact, he said in a 2015 documentary that being the Nirvana baby has actually “opened doors” for him in the art world, like getting to work with Obama Hope artist Shepard Fairey.

As for the emotional distress, attorney Maggie Mabie makes a reasonable case, telling the New York Times that her client has been going to therapy for years to deal with the ramifications of being on the album cover. She said:

“He hasn’t met anyone who hasn’t seen his genitalia. It’s a constant reminder that he has no privacy. His privacy is worthless to the world.”

On the image, Mabie accuses the artists of exploiting Spencer:

“They were trying to create controversy because controversy sells. The point was not just to create a menacing image but to cross the line and they did so in a way that exposed Spencer so that they could profit off of it.”

“Neither Spencer nor his legal guardians ever signed a release authorizing the use of any images of Spencer or of his likeness, and certainly not of commercial child pornography depicting him.”

Spencer was just four months old when the photograph was taken. Weddle, who was a family friend, offered his dad $200 to bring his new baby to the Rose Bowl Aquatics Center in Pasadena for the day, hang out and take some photos. As Rick Elden put it in a 2008 interview:

Three months later, the family learned one of the photos he took of Spencer that day had made the album cover. Later Geffen Records sent the baby a framed platinum record and a teddy bear.

$200 and a teddy bear. Not exactly a cut of the profits of one of the best-selling albums in history.

As Spencer once said in a 2016 interview:

“It’d be nice to have a quarter for every person that has seen my baby penis.”

So why has Spencer never sued before? It’s been decades now. Well, for years the former infant seemed to be making the most of his little sliver of the spotlight.

He got the word “Nevermind” tattooed on his chest. He recreated the famous photo multiple times, on the 10th, 17th, 20th, and 25th anniversaries (in swim trunks those times).

“The anniversary means something to me. It’s strange that I did this for five minutes when I was 4 months old and it became this really iconic image… It’s cool but weird to be part of something so important that I don’t even remember.”

However, it almost seems like something changed that year — the last time he did one of his pool photo recreations. In a 2016 Time article he mentioned having reached out to Dave Grohl and Krist Novoselic and gotten no response. He recalled:

“I got a little upset for a bit. I was trying to reach out to these people. I never met anybody. I didn’t get a call or email. I just woke up already being a part of this huge project. It’s pretty difficult — you feel like you’re famous for nothing, but you didn’t really do anything but their album.”

He was speaking about money even at that time, saying:

“It’s a trip. Everyone involved in the album has tons and tons of money. I feel like I’m the last little bit of grunge rock. I’m living in my mom’s house and driving a Honda Civic.”

“It’s hard not to get upset when you hear how much money was involved… I go to a baseball game and think about it: ‘Man, everybody at this baseball game has probably seen my little baby penis,’ I feel like I got part of my human rights revoked.”

So this is certainly a change of attitude, but not one that happened overnight. It seems he has been souring more and more as the years go by on the idea of his image being used, being turned into a sort of meme, having viral fame before he could even consent to it. And most of all, of course, on not getting properly paid for it.

In the end, he is kind of chasing that dollar bill. But does he have a point? Does he deserve more compensation for his likeness — especially given it was his whole likeness, including genitalia — than he’s ever gotten?

What do you think of the other argument, that this is an example of child pornography? Do you think the case stands a chance in court??