AceShowbiz -Starting a family with Priyanka Chopra will be a dream come true for newlywed Nick Jonas. 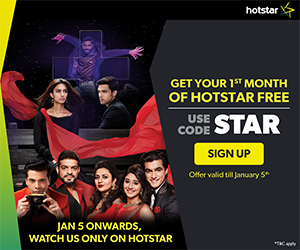 The 26-year-old singer tied the knot with former “Quantico” star Priyanka, 36, in two ceremonies in her native India earlier this month. And while the pair are currently enjoying their newlywed status, Nick is already thinking about the next step with his new wife.

“I definitely want to be a father someday,” he said during an interview with Spotify. “I think that’s a real dream.”

Nick added that his start in life, as a child star with his siblings as the Jonas Brothers, has given him a unique perspective which he hopes to share with his future children.

“I think I have had to grow up pretty quick,” he mused. “With that, you could look at it two ways, you could say that was unfair, or you could say it has given me some real perspective at an early age.

“And I have seen a lot of life at an early age and I hope to be able to share that with a kid of my own someday.”

Nick’s hopes perfectly align with that of his spouse. Priyanka labelled having children her “ultimate dream” in a previous interview with Cosmopolitan, adding to the publication: “Marriage and kids are a big goal for me. I’m a big believer in the institution of marriage and in the family, and in kids, I want to have a lot of them, if God allows.”

“Love, love kids. I prefer their company to the company of adults, actually,” she laughed.