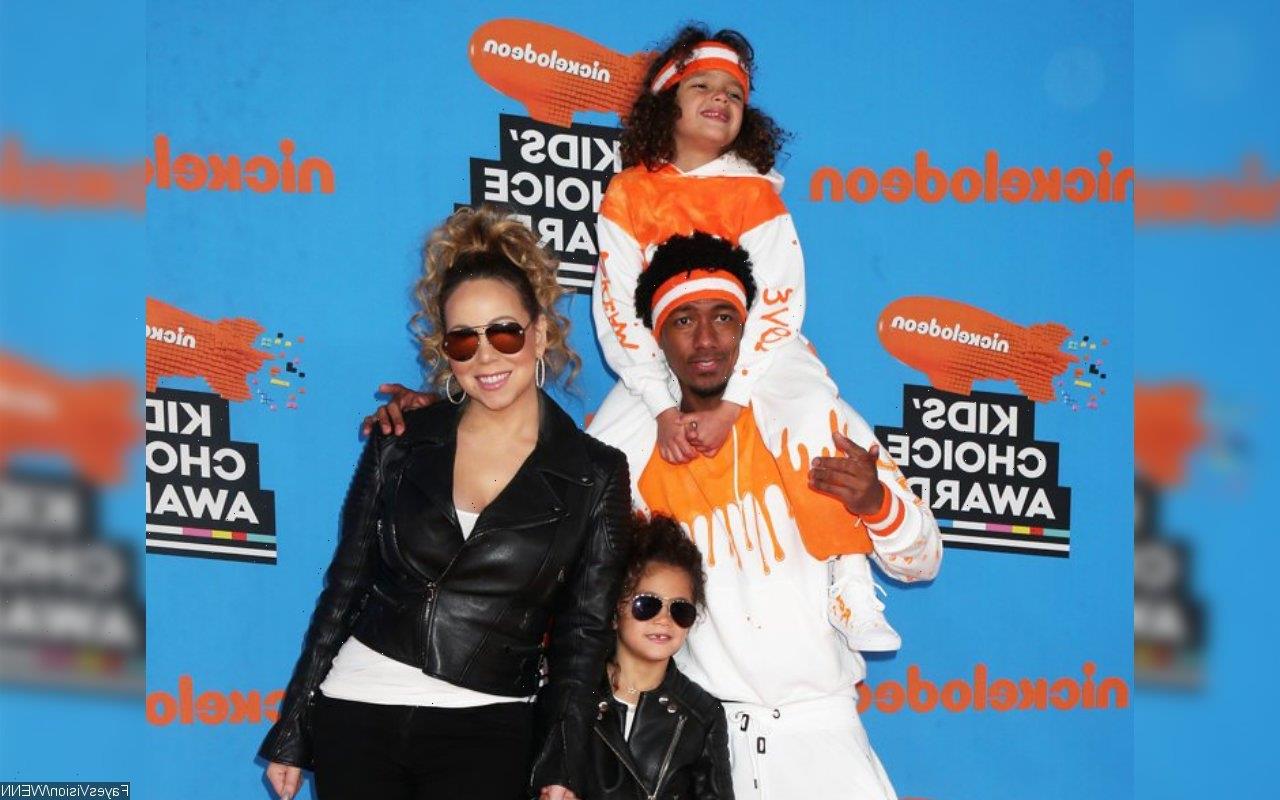 The ‘Nick Cannon’ host reveals that the ‘Without You’ singer doesn’t want their 10-year-old children Moroccan and Monroe to find out their half-siblings too early.

AceShowbiz -It looks like Nick Cannon is not really sorry for making Mariah Carey “mad” at him. Revealing that his ex-wife was upset after he gave their twins Moroccan and Monroe cellphones for their 10th birthday, the “Nick Cannon” host jokingly apologized to her.

In a sneak peek from the October 11 episode of his new show, the 41-year-old first shared, “My oldest twins Roc and Roe wanted a cell phone at 8.” He added, “I was all for it but Mariah was like, ‘Uh huh…they ain’t going to be Googling us, learning about all their new brothers and sisters, no we ain’t playing.’ “

“I respected it at 8 but then we made a deal and said at 10 then they can have it, [but] Mariah still said no,” the rapper/comedian went on recalling. “So at 10, I snuck and I still got them the cell phones for their birthday.”

“We had this amazing party with jump jumps,” he further explained. “Their friends came, it was so amazing. Then [when] it was time to open the gifts, I was like ‘I’m going to leave these right here and tell your mama I’ll be back.’ Mariah is still mad at me till this day.”

“The Masked Singer” host then looked intensely at the camera as he publicly issued an apology to his former spouse. “I’m sorry. I think the kids should have cell phones,” he pointed out. “Forgive me, Mariah. Forgive me!”

Nick and Mariah got married in 2008 but called it quits in 2014. They finalized their divorce in 2016. Aside from Moroccan and Monroe, he is a father to five other children from three different women.