Nachos Figueras is not here for the backlash against his friend Ellen DeGeneres — and he is calling on fellow celebrities to publicly support her.

“We love Ellen right?” the polo player, 43, wrote via Instagram on Sunday, August 2, before tagging Jennifer Aniston, Jennifer Lopez, Michelle Obama, Pink, Sean Hayes, Lady Gaga, Katy Perry, Justin Timberlake “and whoever else should be on this list which is really long.”

Figueras went on to call the talk show host, 62, a “great human being” as he explained his reasoning. 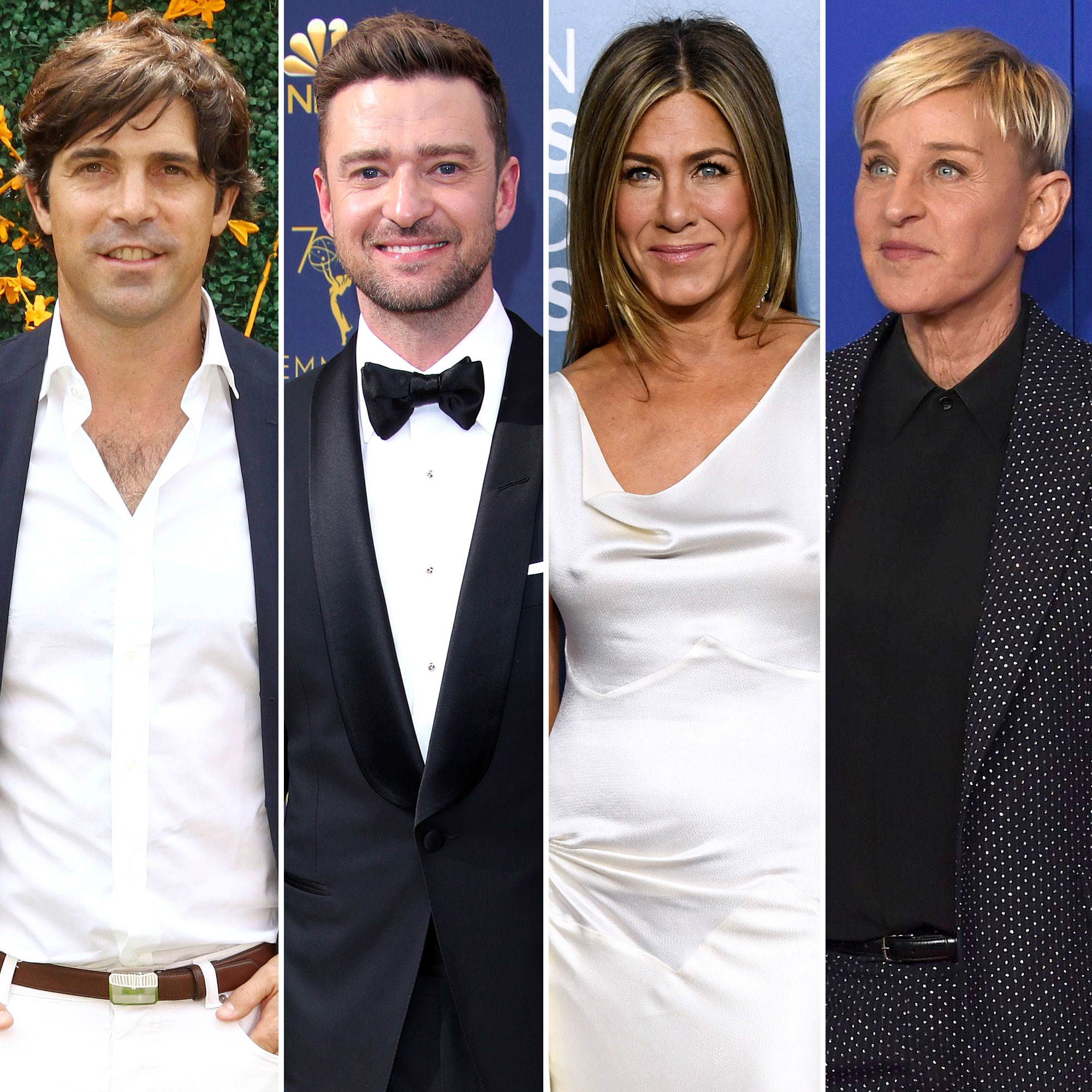 “I have been very lucky to be on that show many times and I can tell you that it is a very well run machine, everyone was super nice, not just to me but to each other and anyone involved,” he wrote. “I have seen Ellen act not just in her show but in public appearances in theaters where she is nice to absolutely everyone, the guy serving the coffee, the person in the elevator, the security guy and the owner of the venue.”

Ellen DeGeneres Through the Years

The athlete asserted that “everyone loves” DeGeneres because she “makes the world a better place for millions of people” on The Ellen DeGeneres Show.

“I stand for you my friend and I challenge all the amazing people that know you and call you a friend to say who you are,” he concluded his post. “The world has become a very dangerous place because it seems that we cannot make anything right. If I am going to be criticized for defending someone that I think deserves to be defended then so be it. We are all so scared to say what we really think and it seems that we are only relevant if we say whatever the trending social media topic is.”

Figueras is not the first celebrity to support the Emmy winner. Talent manager Scooter Braun and DJ Samantha Ronson rushed to her defense via Twitter, while DeGeneres’ wife, Portia de Rossi, shared a graphic on Instagram that read, “I Stand By Ellen” on Monday, August 3.

Talk Show Controversies and Feuds: The Biggest Ever

The Finding Dory star came under fire in July after BuzzFeed News published two reports about her and her staff. In the first, one current and 10 former employees claimed they faced racism, fear and intimidation at work. The second detailed allegations of sexual misconduct involving producers, citing 36 ex-staffers.

DeGeneres and executive producers including Kevin Leman and Jonathan Norman denied any wrongdoing as Warner Bros. launched an investigation into The Ellen DeGeneres Show. The host addressed the allegations for the first time in a letter to staff on Thursday, July 30, writing in part, “I truly understand and have deep compassion for those being looked at differently, or treated unfairly, not equal, or — worse — disregarded. To think that any one of you felt that way is awful to me.”

A source exclusively told Us Weekly on Sunday that DeGeneres “wants out of the show” amid the fallout, adding, “She is pissed that people have come forward to share these negative stories about her and feels betrayed.” A second insider told Us, “Ellen has enough money to never work again. She would be fine to leave the show.”