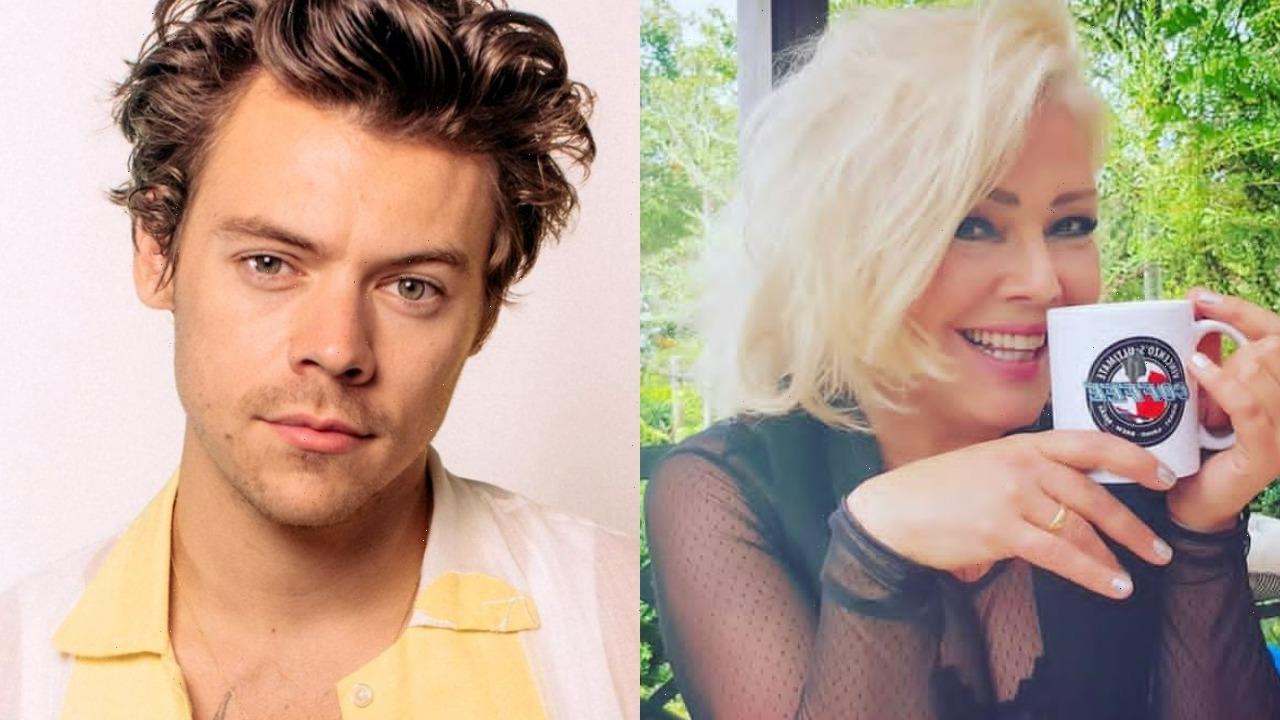 After revealing that she has a crush on the former One Direction member, the 61-year-old music legend says that if the he walked into her house, she will definitely ‘blush.’

AceShowbiz –Kim Wilde has revealed that she has a crush on Harry Styles. The “Kids in America” hitmaker has confessed she fancies the 28-year-old former One Direction star, who is dating another Wilde, actress-and-filmmaker Olivia Wilde.

Asked who her celebrity crush is, the 61-year-old music veteran told Best magazine, “Don’t laugh! It’s Harry Styles.” She continued, “If he walked into my house, I think I would blush.”

“I loved him from afar,” Kim added. “As soon as I saw him, I thought, ‘My God, you are the most incredible person.’ How could you not love David Bowie?!”

Meanwhile, Kim previously revealed she walked away from the music business after seeing the damaging effect fame had on Michael Jackson. The pop veteran supported the late “Thriller” hitmaker, who died from acute propofol intoxication in June 2009, on his 1988 “Bad” tour and the experience only strengthened her doubts about the negative impact of life in the public eye.

“It gave me an insight into that level of fame, there were lots of ugly aspects to it,” explained Kim. “The ugliness of the fame was evident in many different ways, like the way it isolates people.”

“At the time, I had second thoughts about what achieving more fame could actually bring to my life, as it seemed to only bring isolation and loneliness into Michael’s life,” Kim further recalled. “I couldn’t live mine like that. Not being able to go to the supermarket or hang out with my mates and just lead a normal life, you can’t put a price on that and it seemed he’d paid such a huge price already.”

Kim went on saying, “Ultimately, he paid with his life and looking back, that was always going to happen somehow. I felt that and that was one of the reasons I retired a few years later.” She added, “There were a number of factors but that was certainly one of them. I thought, ‘What’s the point of chasing even more fame? There’s only one place it can potentially lead.’ “

The British star, who has children Harry, 24, and Rose, 22, with husband Hal Fowler, quit her pop career and enjoyed a quieter family life for years before returning to her music and now loves the balance she has.

She added, “So I started to look for more meaning in my life and I found that through meeting my husband and having my family and getting into gardening. Now I have a wonderful balance of family life, being close to nature but also loving playing live.”