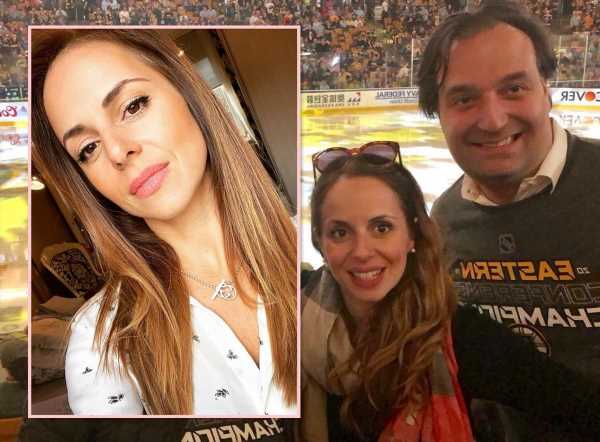 Is this the motive behind Ana Walshe’s murder?!

As we’ve been reporting, the 39-year-old mom of three was reported missing on January 4 after she failed to board a plane to head to Washington D.C. on New Year’s Day. Her husband was eventually charged with murder, as cops believe he killed Ana in the basement at their Cohasset, Massachusetts home early on January 1 before discarding her body into a dumpster. While Brian Walshe pleaded not guilty for the murder of his wife, the damning evidence that’s been presented so far says otherwise – and a new report about Ana’s finances is only making the case against him stronger!

According to the New York Post this week, the real estate agent was connected to eight properties in Washington D.C., Maryland, and Massachusetts since 2018. However, she had sold four of them, including an apartment she owned in Revere, Massachusetts. Ana reportedly closed the deal on December 29, selling the place for $220,000 – 60 percent more than the $137,000 she paid for it in 2020. However, she still owned the other four places at the time of her death, which had a combined value of $2.8 million. Plus, as reports have it, all of the assets were only under Ana’s name.

One of her longtime tenants at the Revere apartment claimed to Fox News Digital she had been selling a bunch of the places in order to build a larger investment for her future. But in the months before her death, she started acting differently and became more “pushy” with the sale for an unknown reason. The source said that the “proceeds from the sale of the Revere condo were going directly into the purchase of another investment property, and not to Ana herself.” While Ana might have been acting odd at the time, the person noted the selling of owned assets to purchase others is “not unusual in any way.” But in terms of a murder case? It raises a few questions – especially given what Brian allegedly had been searching online before her death.

During the 47-year-old’s arraignment this week, prosecutors revealed he Googled on his son’s iPad several alarming things, including “what’s the best state to divorce for a man” and “how long for someone to be missing to inherit.” Whoa. Given that Ana had a lot of valuable real estate assets to her name, it appears this could be the motive behind her murder. Not buying it? Well, this is the same man who previously pled guilty to fraud for selling fake Andy Warhol paintings to make a profit. So based on what we know, we would not be surprised if he horrifically killed Ana in order to take her money.

It’s certainly not looking good for Brian, as the evidence against him keeps piling up. Reactions to the latest in the case, Perezcious readers? Let us know in the comments below.