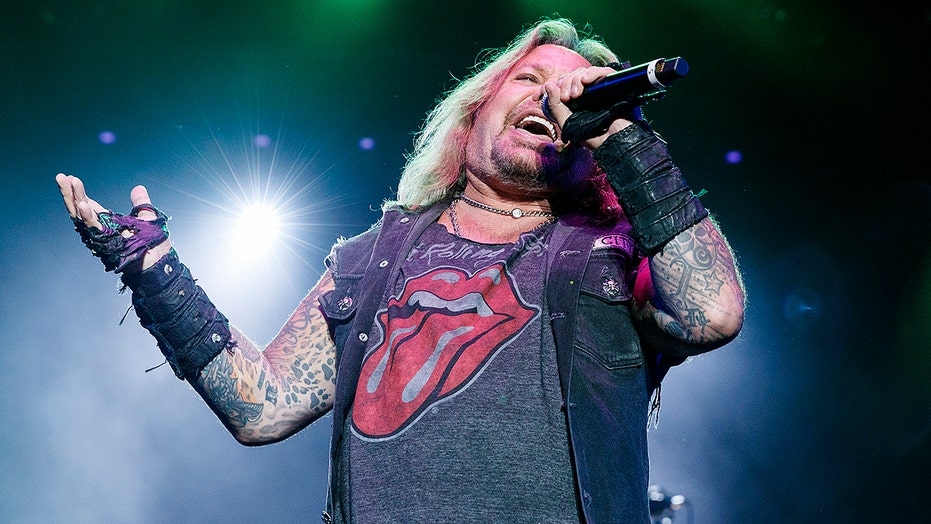 Mötley Crüe frontman Vince Neil was just a bit rusty during his first on-stage solo performance since the pandemic started.

The rocker and his solo band headlined the Boone River Valley Festival in Iowa on Saturday and reports suggest Neil, 60, elected to call the show a wrap on the 14th song after performing a medley of Crüe classics and “Dr. Feelgood.”

However, when Neil hit a cover of the Beatles’ “Helter Skelter” he reportedly had initially forgotten the lyrics to the record before later tapping out due to his inability to carry notes after his voice gave way.

“I’m sorry, guys,” Neil lamented to the crowd during his performance of “Girls, Girls, Girls.” 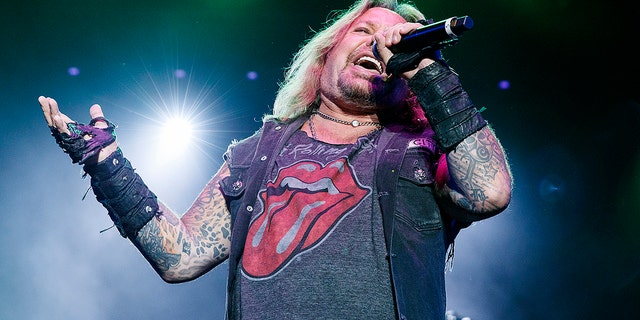 Mötley Crüe frontman Vince Neil walked off stage at the Boone River Valley Festival in Iowa after his voice gave out. (Photo by Andrew Chin/Getty Images)

“It’s been a long time playing – my f–king voice is gone. We love you and we’ll hopefully see you next time, man,” he said as he exited stage left while his band continued to jam out and sing background vocals, according to video footage obtained by Loudwire.

A rep for Neil did not immediately respond to Fox News’ request for comment.

“Obviously, my husband is extremely successful and has a huge tour coming up. They’re going on an amazingly huge tour and actually, it’s going to be my first time getting to actually see him play,” she said. “And I’m so excited. So I will be right by his side for that. But it’s cool when I have things that do come up, obviously, he’s much busier than I am. But when I do have things come up, that’s a nice thing in a marriage is when you have someone that will be supportive.”

Pressed on what she would include in her Mötley Crüe survival kit, Lee – who joined his wife for her interview – held back laughter as Furlan laid out her rage plan, adding that she has no idea what to expect from a Crüe show and thus, had mounting fear about what to expect.

“I mean, I have never been on the road, so I’m kind of scared. I’m excited because it’s something I’ve never done. And my husband obviously has been doing this since he was 17, 16, so young. And it’s like, I don’t even know what I’m in for,” she explained. “I’m just going to pack a bag and throw the dogs in the car and just say my prayers and kind of wish for the best.”

The Methods of Mayhem fanatic pressed: “Like, I know it’s going to be crazy. I mean, this tour is going to be bananas. They’ve already sold out multiple cities and they just keep having to add more cities. It’s a huge tour. I mean, putting all of these powerful bands together and taking them on the road. I can’t even imagine what’s going to happen. It’s going to insane.”