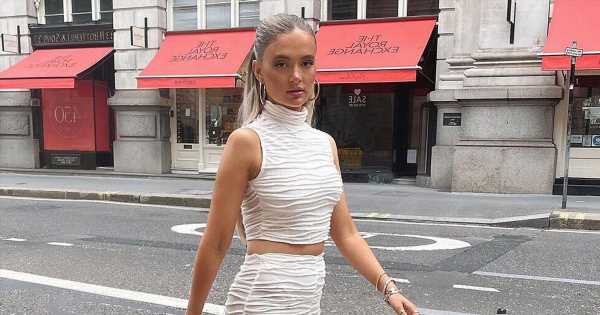 Molly, 22, is already a multi-millionaire and appearing to tease the news on Instagram, she told fans she's signed the “deal of a lifetime” before buying herself a £37k Cartier bracelet to celebrate.

Molly has enjoyed huge success since her stint on the ITV2 reality dating show and has been working with Pretty Little Thing since her exit from the villa.

Molly initially secured a £500,000 PLT deal after leaving the show, with another £600,000 deal coming the following year.

A source has now told The Sun: “It’s incredibly exciting news and just such a big deal – we are talking footballer kind of money.

“Molly has worked really hard and has a great relationship with the brand, so it’s no wonder they are happy to invest in her.

“She’s really buzzing about the news and treated herself to a little gift last night. She’s been telling friends its the biggest deal of her life – and she’s not wrong!”

Molly recently revealed in a YouTube video that she previously turned down a £2 million deal to work with another brand as she doesn't enjoy wearing their clothes.

In the video alongside her manager, Francesca Britton, Molly discussed the deals she has secured and rejected.

Fran said: "Molly tells me her goals. Like: 'I want to buy a house, I want to take my family away.' It’s my job to make those goals happen."

"They said to me: 'We’re obsessed with Molly-Mae, we’d love her to be the face of our brand, we want her to work with us.'

Fran continued: "I thought, 'Brilliant!' and then I said to her, 'How do you feel about that?' She said no. I said: 'Why? You told me you want that house.'

Molly-Mae added: "Even when I came out of Love Island and that day when we sat with all those fashion brands, the money offer that I took wasn't actually the highest."

For the latest news on all your favourite Islanders, sign up to OK!'s daily newsletter.