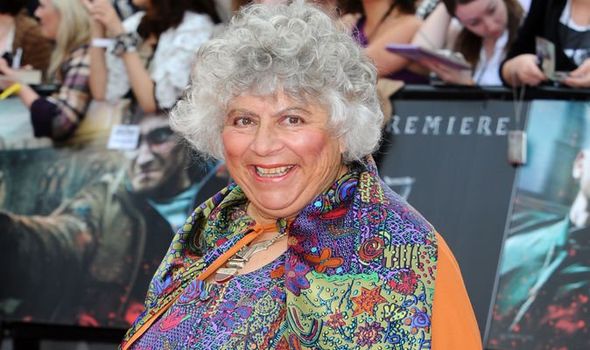 Her bawdy anecdotes go where the saltiest of sailors might fear to tread.

Eye-watering descriptions of bodily functions trip from her tongue.

When even the grandeur of a Buckingham Palace ceremony failed to quell her natural chattiness, only Her Majesty the Queen was able to command her silence.

However, there is a topic that strikes fear in her heart, and it’s one that most of us try to avoid, despite its inevitability; she is about to confront her own mortality in a new two-part BBC Two series, Miriam’s Dead Good Adventure.

She openly admits to a terror of the Grim Reaper, and feels our quiet, dignified English way of dealing with it is unsatisfactory.

“It’s unacknowledged and unwelcome,” she says. “We don’t talk about it; it’s like a conspiracy of silence and that makes it much harder.”

During filming, Miriam, 77, spent time in the US and in Europe to learn from those who are resisting the end and others who are embracing the inevitable.

“My discovery was that the end of life doesn’t have to be the end of joy,” she says. 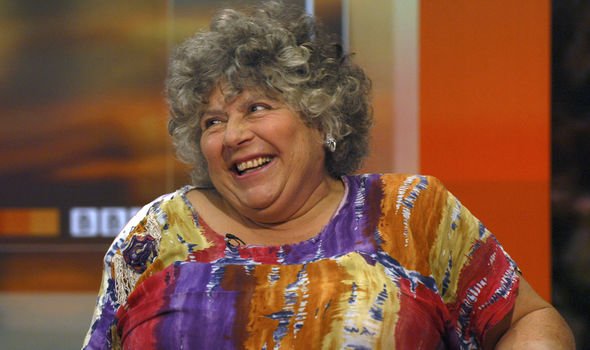 “I found the whole experience special because I was being forced to confront something I’d rather not confront.

“I met some extraordinary characters, particularly two terminally ill people who were facing death and weren’t frightened to discuss how they were dealing with it. I also met people who refused to face up to their imminent demise.

“I used to be scared of dying before I made the documentary but I’m less so now. It remains a taboo subject, though.”

Her ultimate goal? “To discover how to have a good life all the way to the end and beyond.”

Given her passion, enthusiasm and total lack of vanity, it appears to be an ambition she’s likely to fulfil.

Here is her assessment of herself. “My physique is that of someone who just misses being a dwarf. I’m 5ft tall and I’ve been overweight since I was born, a 12lb baby.

“I’ve always been a fat girl but with very good skin. Daddy was a small man; Mummy was a large woman. So I’ve inherited her genes and also the very big breasts of my father’s sisters.”

This unflinching snapshot reveals rather more, of course, than merely the exterior of La Margolyes. 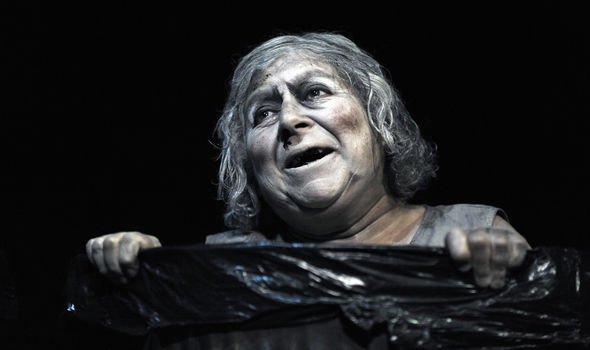 She’s a highly intelligent woman with a questioning mind, a posh voice and a ribald sense of humour.

Our finest character actress non pareil, she is at home on stage, screen, radio and audio tape, her considerable body of work recognised by an OBE in 2002.

Her investiture was, inevitably, not without its glitches.

“I understand a particular forte of yours,” said the Queen, or words to this effect, “is reading stories on tape.”

“As a matter of fact, I’m the greatest reader of stories on tape in the world.”

Unaccountably, Her Majesty chose to move on and fell into conversation with a man whose research had apparently established a correlation between different colours and dyslexia. Miriam was fascinated.

“How very interesting,” she volunteered, and would have proceeded if the Queen had not frozen her in her tracks. She turned to Miriam.

“Be quiet!” she commanded. That was possibly the only time that Miriam was lost for words.

She was born in Poplar, east London, the only child of a Glaswegian GP of Belarus (as it is now) heritage and his Liverpudlian wife. When she was a baby, the family moved to Oxford where she was raised.

She stumbled into acting by accident.

While at Cambridge, she joined the Footlights revue company alongside John Cleese.

And she didn’t care for him or his student friends one bit.

“This was the beginning of the Sixties,” recalls Miriam, “and they disapproved of me. John is extremely conventional, though very gifted. I found the Monty Python lot difficult. I don’t think they could cope with a woman being funny.”

She certainly knows how to make people laugh.

When she left Britain at the end of the Eighties to pursue her career in America (her Cuban nurse in Baz Luhrmann’s Romeo + Juliet is one of her greatest triumphs), she appeared on The Tonight Show – hosted by the legendary Johnny Carson – and was such a hit she was asked back three times.

Mostly, she says, Americans seem to like her. “I’m seen as someone being as honest as she can about her age and her weight and her lack of conventional beauty. There are very many more people like me than Michelle Pfeiffer.”

She certainly doesn’t lack for work. She’s just finished performing the role of Miss Shepherd in Alan Bennett’s play, The Lady In The Van, in Melbourne, Australia.

Now she’s back in the UK for a new series of Call The Midwife, in which she plays the Mother Superior.

From April 3, Miriam’s voice will be heard in the musical version of Peter Rabbit at London’s Theatre Royal Haymarket.

“I don’t have much to do with children but they are the future,” she says.

“So, when I was offered the role of narrator in Peter Rabbit, I jumped at it. Beatrix Potter is one of my heroines.”

She’s also appearing in a short film called Wings with Virginia McKenna – “We play two elderly lesbians and I just couldn’t turn it down.”

Then there is a new play, Sydney And The Old Girl, at London’s Park Theatre in October. Not bad for someone who turns 78 in May.

“To be honest, not bad for anyone in this profession. I’m very keen to reach the age of 80. I don’t believe in God. I regard myself as a militant atheist. It’s down to me to look after myself.”

Along the way, she has developed a second, parallel career as a popular guest on chat shows – she’s a Graham Norton regular – as well as appearing in various travelogues.

The Marigold TV series has seen her visit India, Florida, Japan, China, Cuba and Russia with a band of celebrity pensioners. 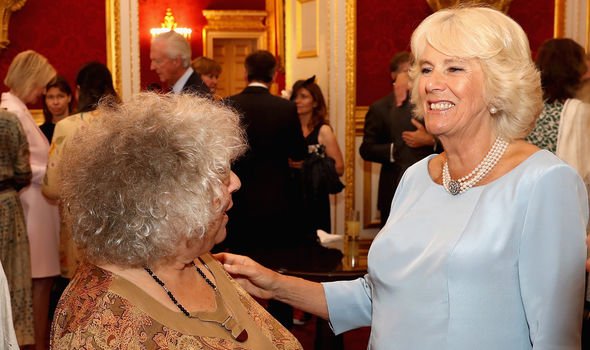 “I’m slightly anxious that all this talking might make me come across as a continual loudmouth,” she says.

“But I do have a gift for talking directly to people – and I don’t mind what I say.”

As to her own private life, Miriam is more circumspect.

“I met my partner in 1968 – and she would prefer it, I know, if her name wasn’t published on the grounds that I’m famous but she isn’t.”

How does she explain the relationship’s longevity?

“Her qualities apart, we don’t live in the same house, indeed the same country, for a lot of the year. And we both work in fields that compel our attention and our commitment. We’re continually refreshing ourselves and that makes us interesting to each other.”

Miriam’s profession has changed considerably down the years.

What is her attitude to the Me Too movement?

“I think it was essential that it happened. But I think it needs to be careful that it doesn’t overbalance itself.” 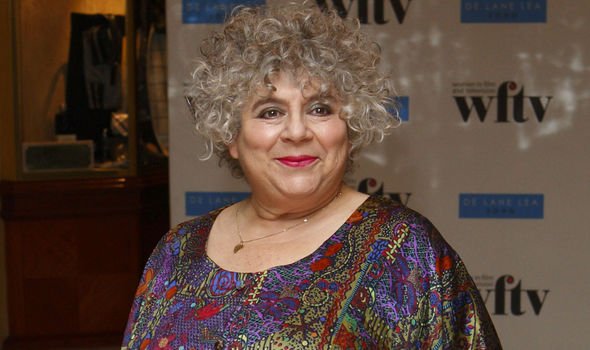 Has anyone ever hit on her? “Just one,” she says.

“Warren Beatty. ‘Do you have sex?’ he asked although his language was rather more direct than that. I answered that yes, I did, but not with him. This was 1981 on the film, Reds.

“I think he just said it as a matter of course,” she chuckles.