In his prime, Mike Tyson was one of the most popular and highest-earning boxers of all time. At only 20 years old, he became the youngest heavyweight champion of all time and was paid $30 million for one of his biggest fights. With all of his success, he was afforded a crazy lifestyle that many wouldn’t believe, buying extravagant items such as 150-foot yachts and $7 million necklaces.

With all of the money and fame that came with his career, Tyson made many questionable decisions and engaged in a ton of reckless behavior. He was known for being a womanizer and frequently recalls having many intimate relationships with women. Unfortunately, he believes several of his interactions with women led to low points in his life, particularly a situation in which he slept with all of the maids in his hotel prior to his shocking heavyweight championship loss to Buster Douglas.

Mike Tyson was known for having controversial relationships with women 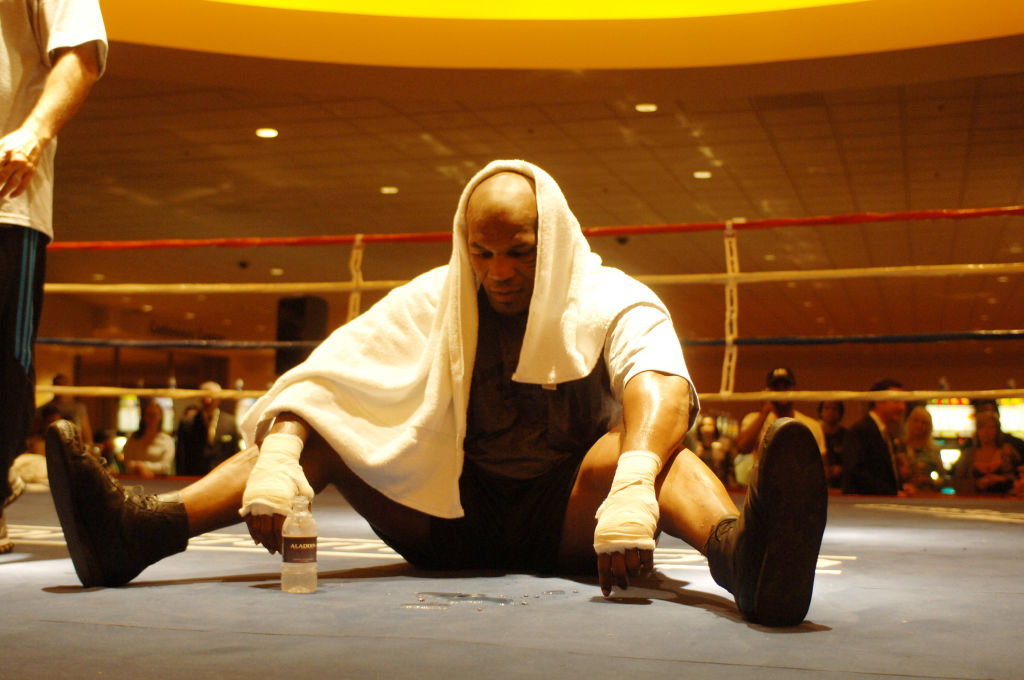 Tyson was a high-profile athlete whose name was frequently in the headlines due to his relationships with women. One relationship, in particular, his tumultuous marriage with actress Robin Givens, drew a lot of attention from the media. During their time together in the late 1980s, Tyson was accused of violence, abuse, and mental instability by Givens, according to Ebony. Their marital troubles ended with a highly publicized divorce that saw Givens receive $10 million in their settlement.

Later in his career, Tyson faced sexual misconduct charges against Desiree Washington, a former beauty pageant contestant. The trial for the controversial case took place in the early 1990s and concluded with Tyson being convicted of rape in 1992. He was sentenced to six years in prison and served three. Tyson’s life and career were never the same after this incident.

Prior to his conviction, Tyson’s career had been on a bit of a downward turn. He was facing issues in his personal life due to his marital problems, and it was reported that he had become laxer with his training. Tyson was set to defend his heavyweight title in a huge match against Buster Douglas in Tokyo, Japan, but his focus was never on the fight.

During the time leading up to the fight, Tyson’s management team had tried to keep him focused by confining him to his hotel and keeping him isolated from distractions in the city. However, according to an interview Tyson did on Jimmy Kimmel Live, he was still able to entertain himself by apparently hooking up with all of the maids within the hotel room.

As history would have it, Tyson went on to lose the boxing match against Douglas, which was a shocking upset at the time. Many pundits believed that Douglas was not in the same class as Tyson, and expected the match to end with an easy win for Tyson. According to his comments in the interview, he believes his behavior prior to the match may have played a role in his loss to the underdog Douglas.