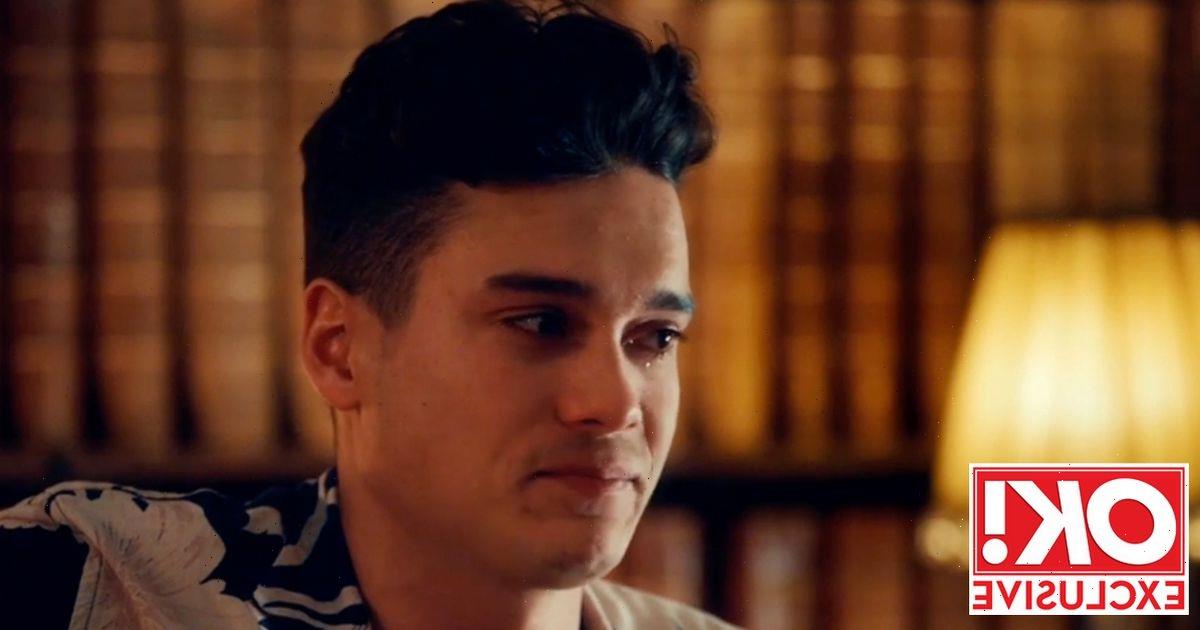 Made In Chelsea fans have witnessed many of Maeva D'Ascanio's ups and downs throughout her time on the show, and many of them involve ex-boyfriend Miles Nazaire. However, Maeva is now happy in her relationship with co-star James Taylor and she's eager to tie the knot.

But, when Maeva opened up to Miles about her plans to propose to James, he broke down in tears and admitted he didn't want her to do it.

In the exclusive teaser clip shared with OK! , James can be seen crying as he confessed: "Hearing you say that it is hard. I always thought I'd be the guy to marry you, I don't know why.'

Maeva and James started dating in 2019 and, despite a blip or two along the way, the pair are still going strong.

Visibly shocked by her plan to ask James to marry her, Miles questioned Maeva: "Uh you're gonna propose to James?"

Confirming his suspicions, she added: "I'm going to get on one knee and propose to James to marry me. I wanted myself to tell you straight away before you hear that from someone else."

However, the scene went from tense to emotional when Maeva asked Miles if he's okay and he started crying.

Miles added: "I am really happy for you, I am. I know this is something you've wanted for a very long time from when we met first time. Um, and hearing you say that it is hard.

"I always thought I'd be the guy to marry you I don't know why."

Miles's confession pushed Maeva to tears. Despite not wanting to break down, the situation overwhelmed her and she admitted: "I really thought that you were not going to give a shit."

Miles, who was visibly shocked, responded: "I can't believe that you'd think that I wouldn't care about this. My heart hasn't stopped racing since the second you told me that."

And when Maeva asked if Miles wanted her to ask James to marry her, he told her he didn't.

Made In Chelsea continues Mondays at 9pm on E4.

For all the latest updates on your favourite cast members, sign up to our daily OK! Newsletter .