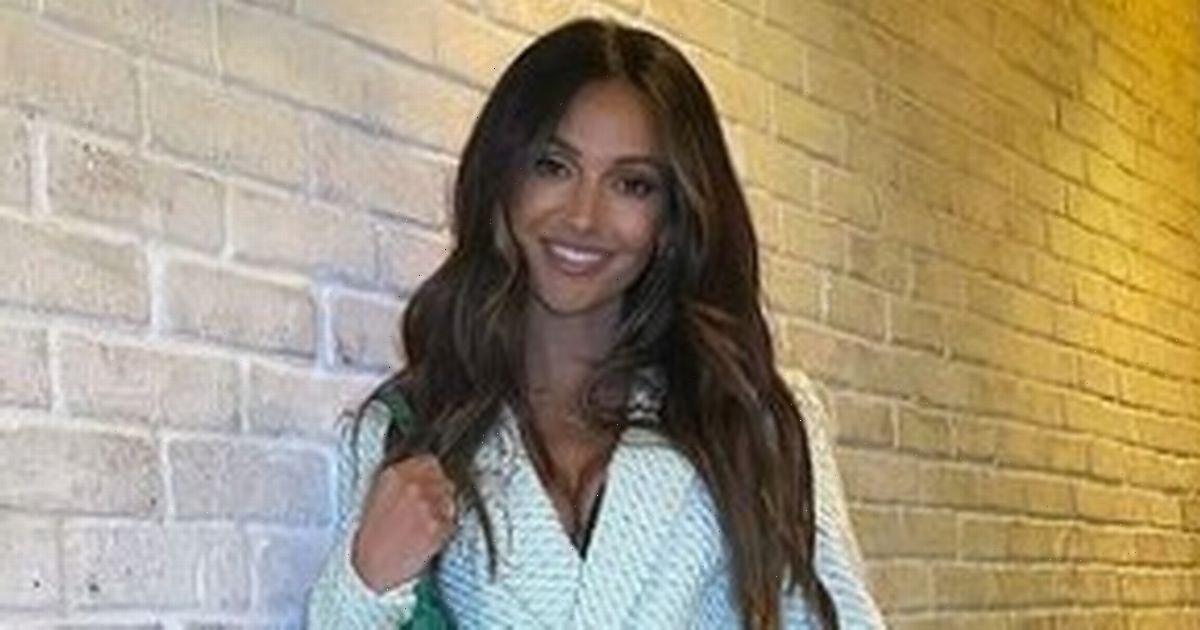 Michelle Keegan showed off her sun-kissed glow in a new snap from her Los Angeles getaway.

Taking to Instagram on Tuesday 15 March, the former Coronation Street star, who showed some rare public display of affection with husband Mark Wright, 34, wowed in a glamorous green blazer dress.

From her collection with online retailer Very, the short number featured a double-breasted gold button detailing and large pockets on each side.

Complementing her bronzed look, the actress, also 34, added to the look with a matching green handbag and added to her height with a pair of stunning nude-coloured stiletto heels.

Michelle enhanced her naturally pretty features with a sultry coat of make-up and sported an immaculate blowdry.

The brunette was immediately swarmed with gushing comments, with one person commenting: "Ravishingly gorgeous."

Michelle has been enjoying the Los Angeles sunshine with her husband, Mark.

Earlier this week, the pair were seen walking hand in hand to the restaurant Il Pastaio in Beverly Hills.

Over the weekend, the couple visited Universal Studios Hollywood, with Mark sharing a photo of himself with Michelle and their group of friends who have joined them on their LA break away.

The ex TOWIE star had filmed at the resort several times during his stint as host for US entertainment show Extra before he quit the gig back in 2019.

In the shot, Mark can be seen posing with his group next to the Universal Studios sign wearing a white T-shirt, while Michelle is captured in a matching white ensemble consisting of a tank top, open shirt, jeans and sandals.

"What a fun day @unistudios love that place," Mark captioned.

"Even after working there for a few years, it still feels like the first time I ever went, the excitement is real. Big thank you to #universalstudioshollywood".

Later on, the former reality star posted another pic with his friends in what appeared to be the hallway of a restaurant surrounded by plants.

The group were captured swapping out their casual daytime looks for more glamorous ensembles as they prepared to enjoy an evening out together.

Captured wearing a green varsity jacket while Michelle was seen in a grey waistcoat and tailored trousers, Mark captioned: "Gang gang…. What a trip it has been so far. I love my crew!!"