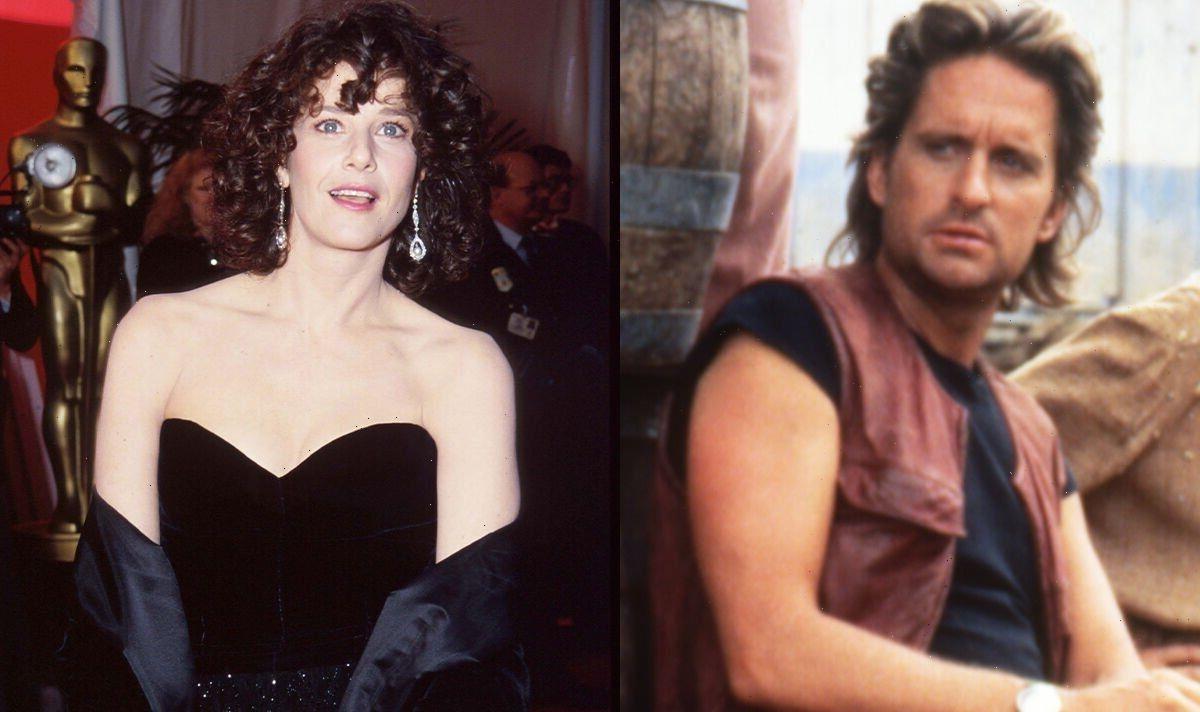 Michael Douglas, 77, has spoken for the first time about the moment he was casting his leading lady for the 1984 hit romantic comedy Romancing The Stone, when budding co-star Debra Winger sank her teeth into him. The actor has revealed how he broke down in tears in front of film bosses and insisted he would not work with An Officer And A Gentleman star Miss Winger, 66, following the bizarre incident.

The star and producer Robert Zemeckis had been considering actresses for the role when they met Miss Winger in Texas.

Douglas explained: “She comes with us to have dinner one night and we’re knocking back tequilas…

“She bites me. She’s joking and I’m looking at her thinking, ‘I don’t know… this could be rough… she’s broken the skin’.”

Michael, who is married to Catherine Zeta-Jones, added: “Bob and I go back to Hollywood and we go down to see the studio to talk to them about Debra Winger… and I break down in tears and say, ‘I can’t go to the jungle with her – she bit me on the arm! I can’t do it – it’s not worth it!’ So they said, ‘OK, all right’.”

He said Body Heat actress Kathleen Turner was suggested as an alternative, and landed the role.

The film tells the story of a novelist (Turner) who falls in love with a bird hunter (Douglas) in the Colombian jungle.

Douglas revealed the bite story while speaking on the Literally! With Rob Lowe podcast.

He previously claimed that Miss Winger was dismissed from the film amid fears she was not a “team player”.

It comes after the Terms of Endearment star has recently spoken on how the #MeToo movement has “gone ridiculously too far in some ways”.

The American actress, 66, who famously quit Hollywood after scoring three Oscar nominations in the ’80s and ’90s, said she did not feel the situation had “settled” yet following the upheaval in the film industry.

Speaking to the Daily Telegraph, Debra also told how she was encouraged to take water retention tablets to lose weight on the set of An Officer and a Gentleman because she looked “puffy”.

“I don’t feel like it’s settled yet. [The industry] is still in upheaval,” she said.

“The plates are shifting. In some ways, it’s pulled ridiculously too far.

“Part of it is that I’m the mother of three young white males, so I’m looking at things that they’re experiencing, and things that my girlfriends of all different backgrounds are experiencing [and] it hasn’t quite found its steady point yet where there’s room for everybody.”

She added: “I’m a bad one to ask. I always found my way. Is that privilege? It didn’t feel like it at the time, because I felt like I was in very abusive situations, but it was my responsibility to buck up, get strong.”

Debra told how one day on the set of An Officer and a Gentleman, a crew member came to her trailer and handed over pills she was to take to lose weight, but that she handed them back because it sounded “ridiculous”.

The film won the actress an Oscar nomination in 1983. It was followed up the next year with a nomination for Terms of Endearment.

Her third came for 1993’s Shadowlands, opposite Anthony Hopkins.

Debra is well known for her comments on her fellow actors and she famously said Richard Gere was “like a brick wall” to act alongside.