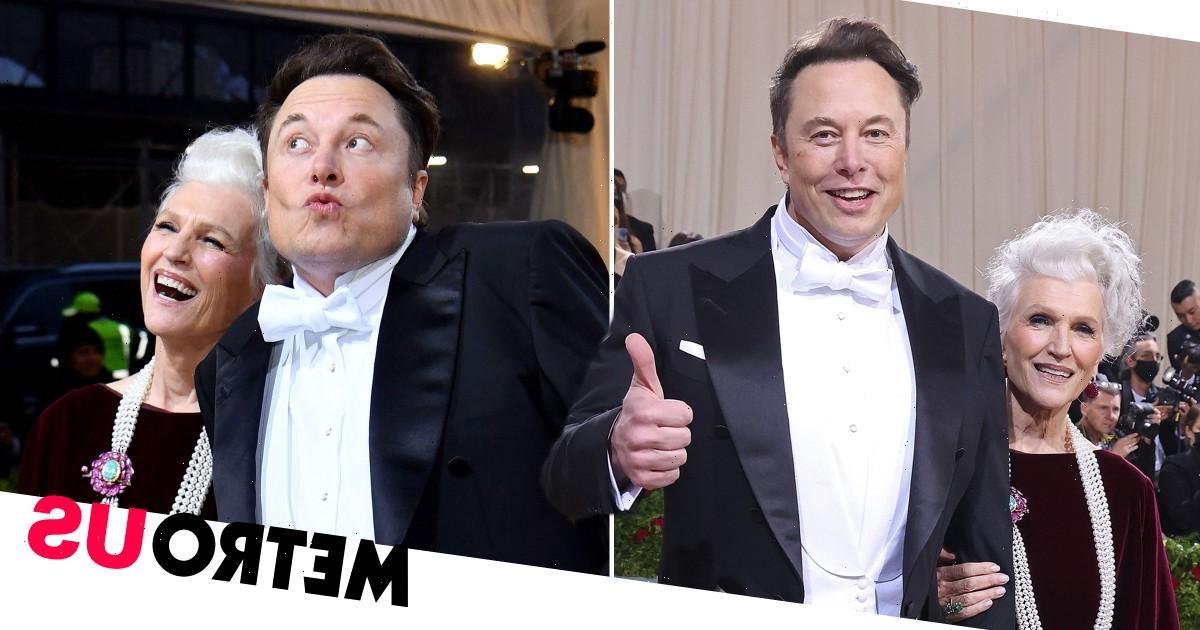 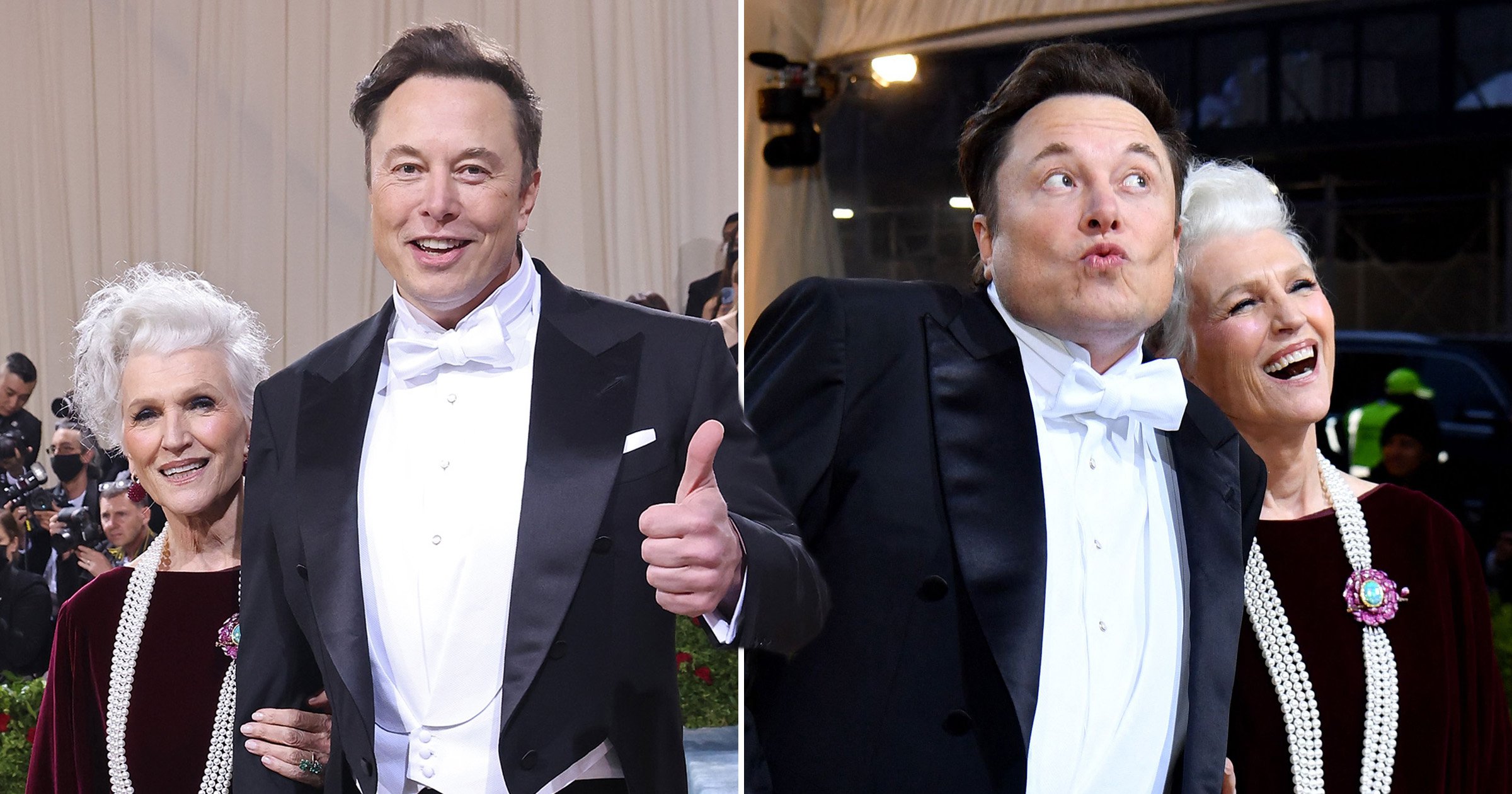 Elon Musk made his first big appearance at the 2022 Met Gala since splashing out on Twitter.

The Tesla founder, 50, recently reached an agreement to buy the platform for a staggering $44billion (£34.5 billion), and now he’s celebrating after hitting the red carpet at the high-fashion event.

Musk’s date for the night was his mum, Maye Musk, who looked equally as thrilled to be invited to the swanky bash.

The pair put on an animated display as they posed for cameras, pulling funny faces and cosying up.

Musk wore a black tux for the fundraiser – with the theme being Gilded Glamour – complete with white bow tie.

His mum, on the other hand, opted for a deep red velvet number, which she accessorised with a statement pearl necklace, with her hair style very much giving Meryl Streep in The Devil Wears Prada.

The 74-year-old, who is a Canadian-South African model and dietician, held on to her son’s arm as they larked around for photographers.

The businessman, who already runs SpaceX, recently claimed that he wants to champion ‘free speech’ on Twitter and ‘unlock’ its potential by ‘defeating the spam bots, and authenticating all humans’, hence his mega offer to own the site.

However, his declaration that he wanted to buy the popular social media platform was met with both mockery and criticism, with some people even considering deleting their accounts.

Most famously, actress and activist Jameela Jamil announced that she would be leaving Twitter after learning of Musk’s investment.

Sharing photos of her adorable dog, the Good Place star said that would be her ‘final tweet’ since she ‘fears this free speech bid is going to help this hell platform reach its final form of totally lawless hate, bigotry, and misogyny.’

However, Musk – who’s currently the richest person alive – was prepared for backlash and a potential walkout.

Writing hours before Jamil announced that she was bowing out, Musk said: ‘I hope that even my worst critics remain on Twitter, because that is what free speech means.’

‘I believe free speech is a societal imperative for a functioning democracy,’ Musk said in his initial filing.

‘I now realise the company will neither thrive nor serve this societal imperative in its current form.’

He also discussed his plans for Twitter on the red carpet last night, after joining everyone from musicians to TikTok stars at the fundraiser.

Musk said his goal is to create a service that is ‘as broadly inclusive as possible where ideally, most of America is on it and facilitating discussion between people and sharing ideas and content and creative things.’

He wants everyone to ‘enjoy going on Twitter’ and to find it ‘interesting, informative and entertaining’, while getting rid of ‘bugs, trolls and scams’ which ‘diminish user experience.’